Own One of Litchfield County's Grander Estates 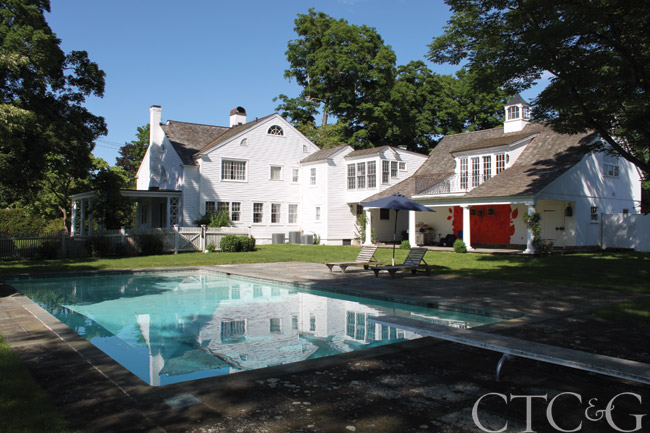 One of the grander estates on the Litchfield County market is a historic riverfront property first built in 1757. It’s located on 22.8 Woodbury acres overlooking the Pomperaug River. The original farmhouse has been restored but still features exposed beams, stone walls and a beehive oven. The now-4,700-square-foot home also offers a loft-like master suite and a new kitchen with a metal ceiling, Viking appliances and an attached breakfast room. The sellers are rocker Rob Zombie of the band White Zombie and his wife, the horror-movie actress Sheri Moon Zombie, who added some seriously cool amenities, including a 2,200-square-foot party barn with a media room, a lighted tennis/sport court and a pretty pool. Maria Taylor of Klemm Real Estate lists the $1.8 million property. 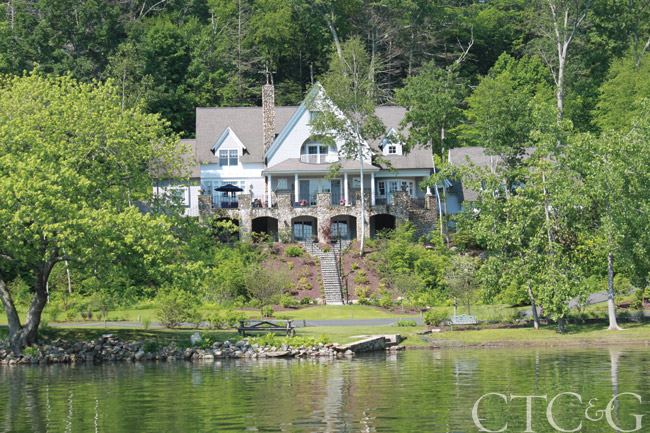 Directly on Lake Waramaug in New Preston, with boating and fishing off a private dock, is an imposing, lodge-style home, built in 2000 and renovated in 2007. In the summertime, life is lived on its expansive stone terrace, with room enough to dine and entertain. The nearly four-acre grounds also offer 530 feet of private waterfront and a stream with a waterfall. Inside the five-bedroom, 6,259-square-foot home is a well-appointed kitchen that opens onto a great room, five bedrooms, a game room, a media room and an office. Stacey Matthews of The Matthews Group, affiliated with William Raveis, lists the home for $3,395,000.

A version of this article appeared in the June 2015 issue of Connecticut Cottages & Gardens with the headline: Deeds and Don'ts: Water, Water Everywhere.