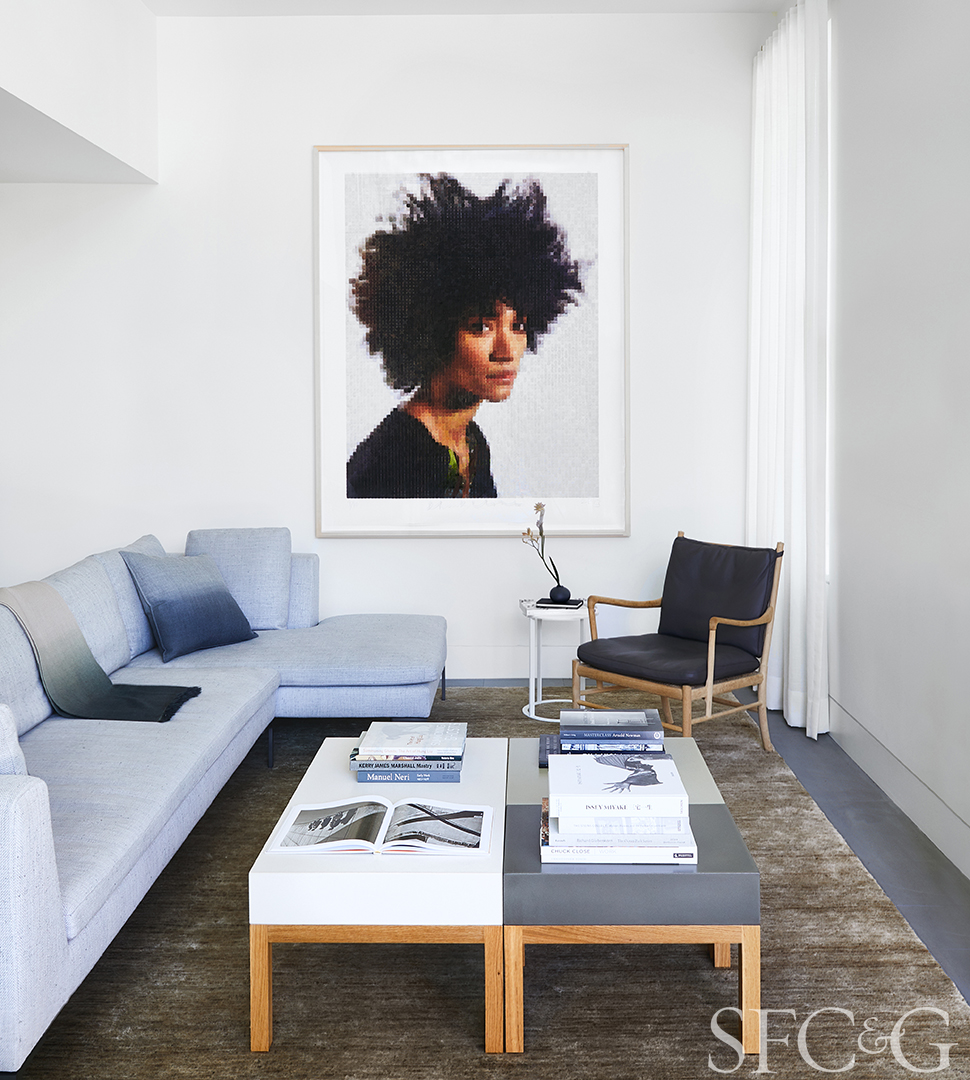 Just over a mile from the home where early 20th- century collectors Michael and Sarah Stein—brother and sister-in-law of Gertrude—resided in Palo Alto, lives another couple honoring their spirit of artful living: collectors David and Pamela Hornik. The husband and wife, who began acquiring art together 13 years ago, recently completed a new guest residence to house not only a regular rotation of creative guests, friends and family, but a superb collection of figurative work. “I like interesting people, and I love looking at faces—complex, not beautiful, faces,” says Pamela, introducing a collection that includes work in a range of media by established and emerging artists including Warhol, Chuck Close, Joan Brown, Elizabeth Peyton, Chantal Joffe and Hung Liu. The portraits populate a two-story space designed by Oakland-based architect Jerome Buttrick—a warmly modernist structure in concrete, glass and steel with an open floorplan and abundant natural light that supports both display and entertaining.

The idea for the home emerged when the Horniks were offered the property adjacent to their long-time primary residence. “The house next to ours was dilapidated and falling into the ground, it was going to be torn down,” says Pamela. “We figured we’d just have a bigger yard, we had no intention of building. But, at the same time, we had the majority of our art collection in storage and on loan to museums because our existing home couldn’t accommodate it.”

They met with three different architects, but it was Buttrick, Pamela recalls, who had a vision. “He was all about making a space my children and grandchildren could come back to, and one of the bedrooms is also completely wheelchair friendly.” Buttrick, the great-grandson of iconic architect Stanford White, had also grown up in a creative environment. Notes Pamela, “He understood the importance of having a home that was incredibly simple and in which the main feature would be the art.”

Entering from the foyer into the main living space, visitors are greeted by graphic, large-scale figures: Chantal Joffe’s Sally in Fishnets; a trio of portraits by celebrated Oakland-based painter Hung Liu, Citizen, Immigrant and Proletarian, and Louie by LA-based artist John Sonsini, whose work was featured in the 2017 Whitney portrait exhibition, Human Interest. The work is a promised gift to the Cantor Museum, where Pamela is a volunteer. In the adjacent kitchen, two Warhol polaroids—of Paloma Picasso and a young Patti Smith and Robert Mapplethorpe—lean next to Chuck Close’s Phil Fragment, one of three images of the composer in the Hornik collection. 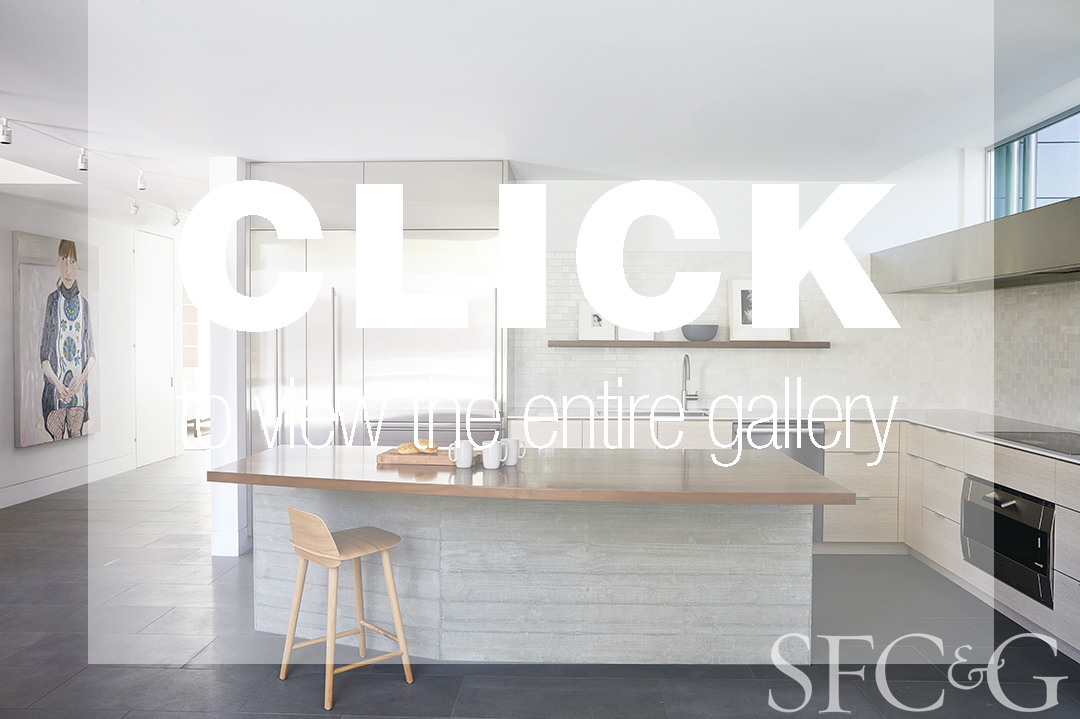 The living room is dominated by another Close, the artist whose work the couple has collected most in-depth: Sienna (3/4 View), a 75-inch-by-60-inch portrait of the artist’s second wife, Sienna Shields. The space features a singular table of poured concrete by furniture maker Peter Sandback, son of pioneering minimalist artist Fred Sandback. Every hallway, bedroom and nook now also serves as gallery space. Two small separate buildings beyond the main house provide art storage and a “playroom,” a structure with floor-to-ceiling sliding glass doors that celebrates indoor/outdoor living and where the Hornik’s children gather with friends to play music.

Now, any given day might find the Horniks giving an art tour, housing a visiting curator, or gathering with family while their son’s piano playing rings through the rooms and their beloved rescue dog, Teddy, patrols the lawn. “Things happened organically,” says Pamela. “It’s family- and art-friendly, and now we have a place where we can host trunk shows and book groups, entertain, and just fit more people!” One can imagine the Steins would approve.

A version of this article appeared in the October 2017 issue of SFC&G (San Francisco Cottages & Gardens) with the headline: Life Portrait.