In Cobble Hill, Brooklyn, Flavor Paper is revolutionizing the art of screen-printing 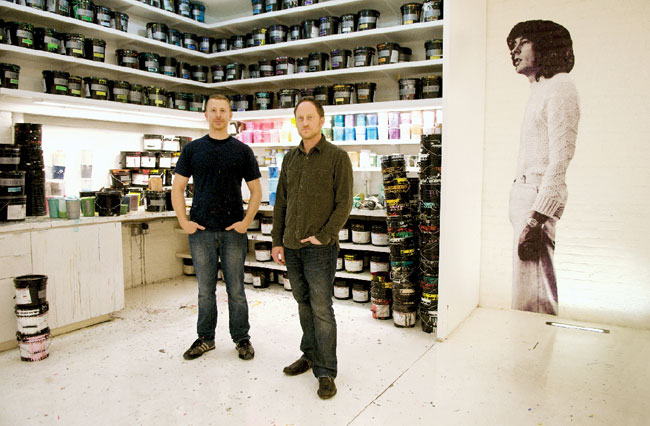 Less than a decade ago Jon Sherman was working in real estate, flipping properties in New Orleans, when a friend showed him a book of hand-screened wallpaper. “It was the coolest stuff,” recalls Sherman, who soon learned that the paper’s Oregon-based manufacturer was going out of business. He impulsively bought what remained of the company’s equipment, in perhaps his shrewdest business move yet.

“I wasn’t sure we’d produce one salable sheet of wallpaper,” Sherman says, “but I did know I wanted to create fun, engaging designs.” Now based in Brooklyn, Flavor Paper has made its name via groundbreaking patterns (its Fruit Cocktail scratch ’n’ sniff line is part of the Smithsonian Institution’s permanent collection at the Cooper-Hewitt) and an unorthodox business model: Paper is sold directly to the consumer. “Our process is as organic as it gets,” says production manager Josh Minnie, who joined the company in 2005 as a designer and screen printer. “If we don’t have what a client wants, we make it—and everyone here gets involved.” 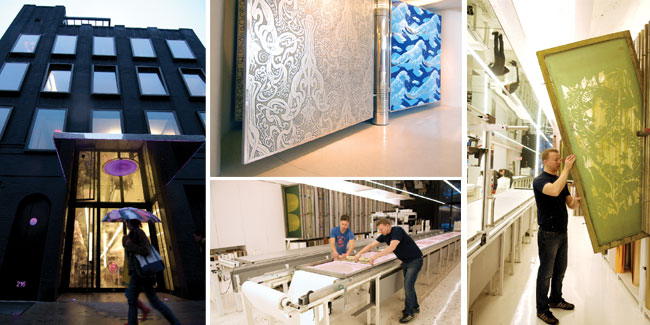 "Our process is as organic as it gets:
If we don’t have what a client wants, then we  make it"

Artwork for custom hand-screened orders is either hand-drawn or digitally rendered. Patterns are duplicated and overlapped digitally, then brought to scale and printed onto transparent film that’s coated with photosensitive emulsion. A heat lamp bakes the emulsion onto a mesh screen, which becomes a stencil. Next, screens are laid along two paper-lined tables, ready to be loaded with ink and hand-squeegeed to produce the pattern. While each of Flavor Paper’s 50-foot-long tables can handle up to 200 feet of 4½-foot-wide paper at a time, all of the firm’s digital wall coverings are made to order, says Sherman. “They’re printed based on the size of a specific wall, so there’s never anything sitting around, waiting to go out.” 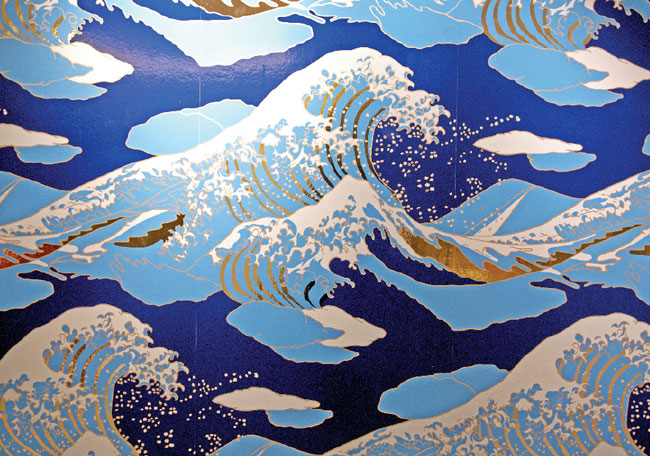 With projects ranging from a line of throw pillows to stylized papers designed by singer and decorator Lenny Kravitz, Flavor Paper is hardly in danger of running short of inspiration, especially with New York City as its muse. “We’re currently working on a line
featuring images we shot beneath the Brooklyn Bridge, and of funky metal panels inside Galapagos Art Space in Dumbo,” says Sherman. “So now we can bring a piece of the city to any space, anywhere in the world.”