In his new book event planner David Stark proves how to have a really good time. 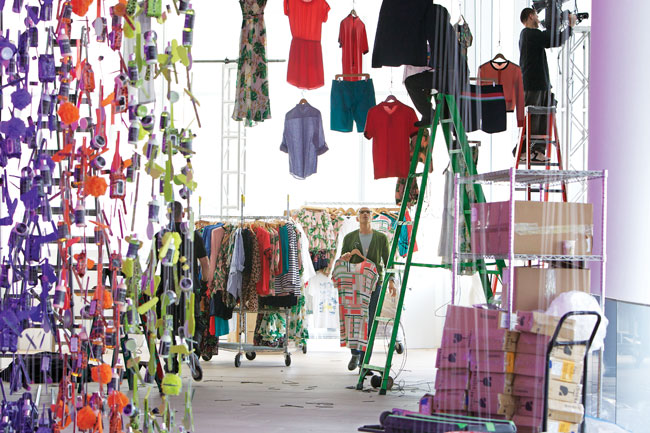 How’s It Hanging? Event planner David Stark surveys the progress for a party promoting the Shops at Target, held at Barry Diller’s IAC Building in Chelsea. 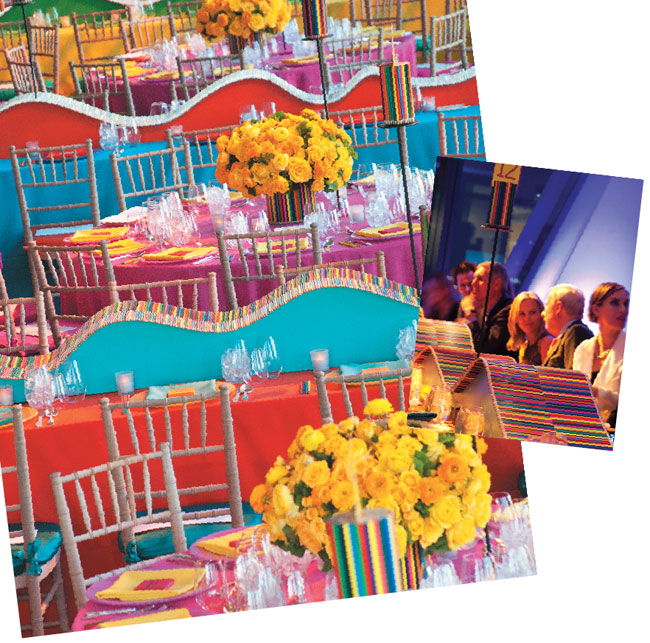 Pencil It In At a fundraiser for the American Patrons of the Tate Museum, Stark used the humblest of art supplies, the colored pencil, to create undulating waves on the tables and encircle decorative glass containers. They kept the mood festive and bright for such guests as fashion designer Tory Burch (inset).


There isn’t a single party that event planner David
Stark can’t handle, whether it’s a small wedding in the country or a blockbuster black-tie affair in the city. With high-profile clients ranging from celebrities like Beyoncé and Martha Stewart to corporate giants such as Target and TBS, as well as nonprofits including the Metropolitan Opera and the Whitney Museum of American Art, Stark definitely knows how to work a room. His stock in trade: ordinary, often repurposed materials put to extraordinary use in unforgettable, magical mise-en-scènes. “Every day I count my blessings that what I do is about happiness,” Stark says. “It’s also about making art, creating original site-specific installations that meld sculpture, performance, and theater.” Consider the fabulous fêtes on these pages, culled from his new book from Monacelli, The Art of the Party.

Green Machine “Setting up a party is like building a house of cards: a delicate dance,” says Stark, who created an enormous rendering of the word “next” for a fundraising event for the American Friends of the Israel Museum. Affixed to the letters for dramatic impact: eight miles’ worth of fluorescent green flagging tape from construction sites. 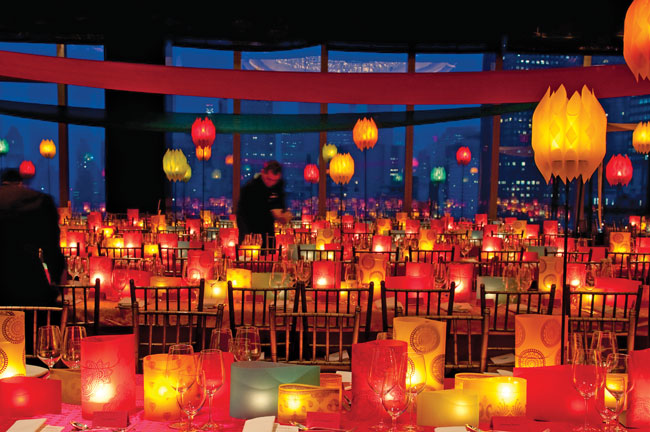 Paisley Park Stark chose an Indian theme for the annual New Yorkers for Children gala. His team photocopied paisley prints and mandalas onto vellum paper to wrap around tabletop votives and pillars, which shimmered romantically beneath chandeliers wrapped in saffron, vermilion, and olive vellum tubes. 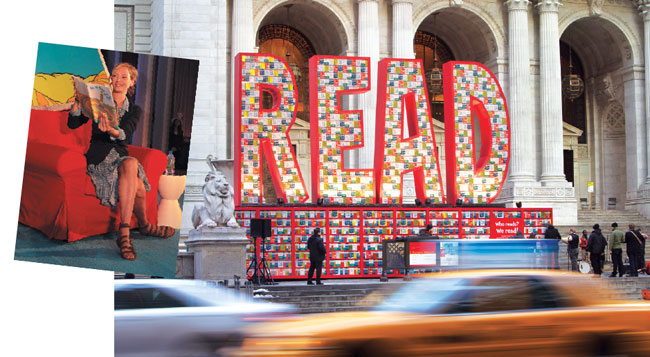 Library Science Stark’s client Target and the National Education Association’s Read Across America enlisted him to design an event promoting childhood literacy at the New York Public Library. He created a sculpture of the word “read” from 15,000 Dr. Seuss books that captivated fans both young and old, including actress Uma Thurman (inset). 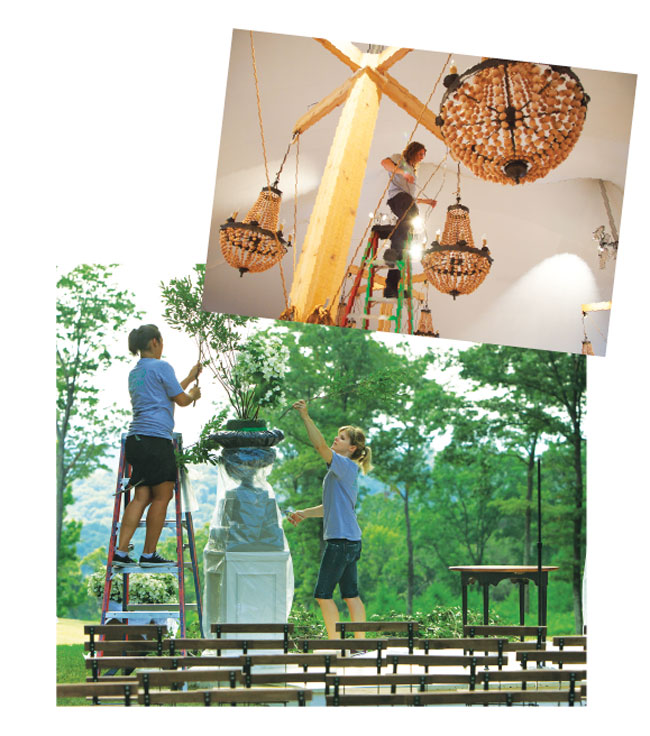 A Little Bit Country For a wedding at a horse farm in upstate New York, Stark decorated with simple branches and bouquets and lit a reception tent with wood-bead chandeliers.