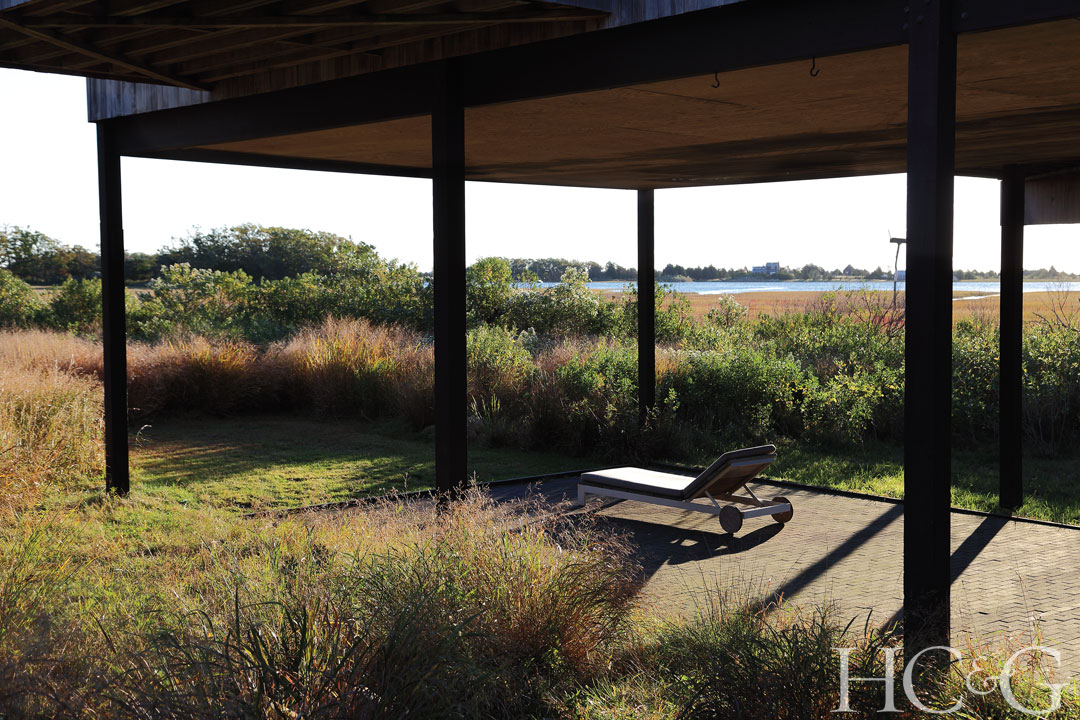 I founded my landscape design firm in New York in 1984. I had been working for a real estate company in its property management division, and I was put on any landscape-based projects that came up. My co-workers would say, “Give it to Edwina, she likes to garden.” I was in charge of keeping things looking good. More and more people began asking me to help them with their own gardens, and it turned into a business. I was working on projects in the city, Upstate, and in the Hamptons, and eventually I opened a satellite office in Southampton. I bought my first house here in the early 1990s, and by 2001, I had decided to live in the Hamptons full time and open a permanent office. I love the light, the air, the open space, and the beach, and there’s no place in the world like the Walking Dunes. On the weekends, I like to garden—no surprise there.

I’ve been in my current house in Springs since 2003, where I have a combined vegetable and flower garden, a moth garden, a bee garden, a meadow, and a woodland area that I’m currently trying to establish. I don’t take many city jobs anymore because they don’t have a big future. I like to design for something 20 years out at least, and that’s hard to do in the city.

One day I was at the dentist, and he mentioned to me that he was uncomfortable with the amount of chemicals being used on his lawn. He asked me where he could find information about more natural applications, and I couldn’t find any. I thought, Oh, dear, I guess I know what I’ll be doing when I retire! I had never used chemicals on my own property, so I asked my clients if they would let me try the same thing with theirs, to see if withholding chemical treatments would cause the plants to collapse and go into withdrawal. Everything survived, and that’s when I knew that educating people and asking them to stop using chemicals, which can cause asthma, autism, and different cancers, was possible. These substances are not only harmful to marine health through runoff and groundwater pollution, but we’re also bathing in them and sending our kids and pets outside to roll around in them. Fortunately, awareness levels have risen since I first moved to the Hamptons, and now many more people are engaged and concerned about the environment and human health.

On my 65th birthday, in 2013, we launched the Perfect Earth Project, a nonprofit that promotes toxin-free land management. I never used to ask clients what they were putting on their lawns, but now I direct their landscapers not to apply chemicals. We’re up against huge marketing campaigns that deem pesticides necessary for a beautiful yard and garden, so it has been a challenge. In order to help spread the word, we’ve created a “leif” icon, which serves as an international symbol of a toxin-free place. If you display the leif icon, you’re telling the world that you’ve made this commitment. Participants already include the High Line, Philip Johnson’s Glass House, and Bette Midler’s nonprofit, the New York Restoration Project, which are listed along with many others on our website, PerfectEarthProject.org. Our goal is to have the symbol appear in travel guides and at healthcare centers, school campuses, and other highly public areas so that people will know which places they can safely enjoy.

A version of this article appeared in the September/October 2016 issue of HC&G (Hamptons Cottages & Gardens) with the headline: My Hamptons: Edwina von Gal.