While Pfizer mostly makes headlines for its vaccine these days, another of its namesakes is also making waves—this time in real estate.

Pfizer Mansion, a historic Brooklyn brownstone at 280 Washington Avenue, just sold for $9.05 million. That makes it the most expensive residential transaction Clinton Hill has ever seen by no small margin—315 Vanderbilt Avenue previously held the record, selling for $7.2 million in 2015.

Rewinding a bit, this 10,000-square-foot home appeared for sale back in 2018 seeking $13.5 million for its deed. Records show it listed again late last year asking $9.2 million. Named after its creator, Pfizer Mansion was built by German-born Charles Erhart, co-founder of the Pfizer pharmaceutical company, in 1887. Done in the Queen Anne style, the dashing facade stands a true monument to its time of construction. But, the 25-foot home has been given welcome updates and new design elements since then. 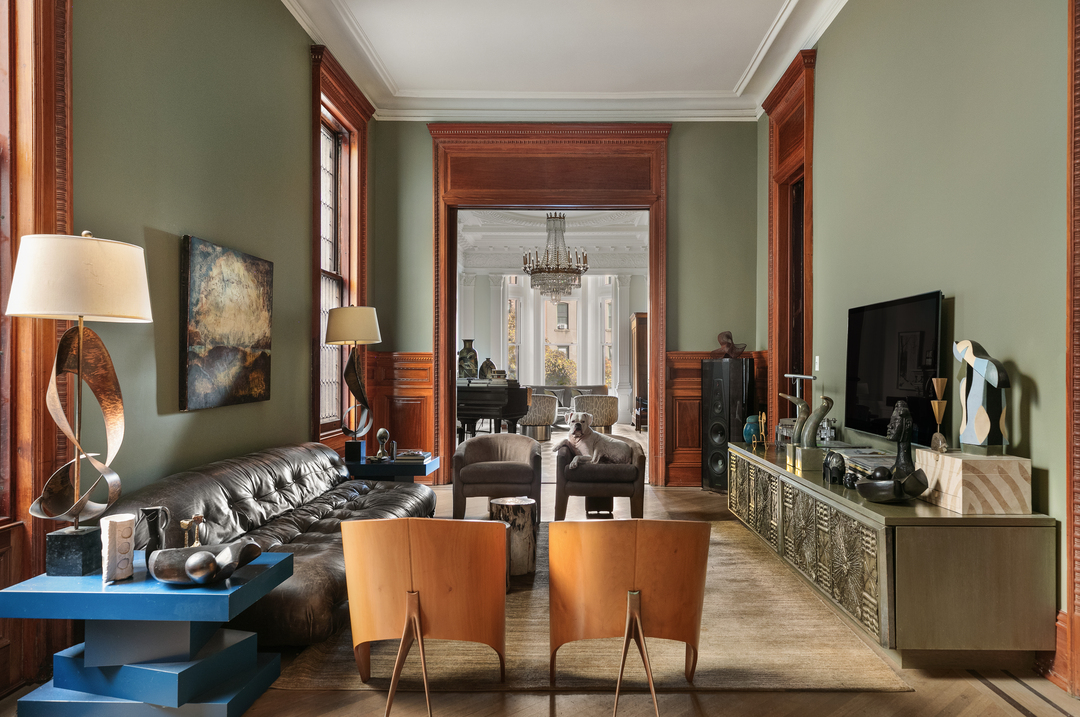 The Warrens made the home what it is today, both restoring and revamping it. Delightful details are everywhere, such as the hand-painted de Gournay wallpaper in one of the bathrooms. Across five stories sits seven bedrooms, eight fireplaces, a temperature-controlled wine cellar, and a ‘speakeasy’ party room. Plus, a vintage Otis elevator and a transformed garden by Rees Roberts + Partners.

To keep the home true to its beginnings, Robert Silman Associates acted as a preservation consultant for the renovation. The result is a magnificent melding of eras, and of course, a home worthy of a record-breaking sale. Doug Bowen and Zia O’Hara at Douglas Elliman held the listing this year, while Wendy Maitland represented the buyer.