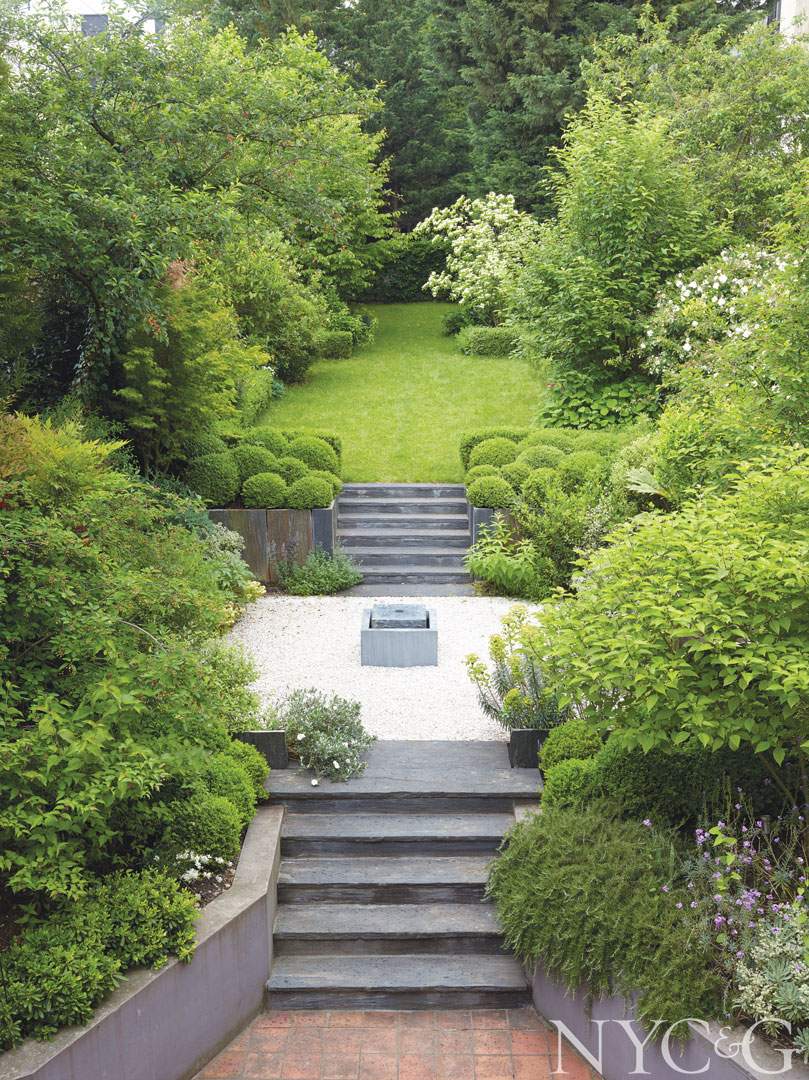 NYC&G: Your book In and Out of Paris: Gardens of Secret Delights [Gibbs Smith, $50] documents both private and public gardens in and around Paris. How did it come about?

Marion Brenner, photographer: At first I was hesitant to do it, because in the 1990s I had photographed a project on 18th-century French gardens, and it was a difficult experience. But this time around, I met a wonderful array of paysagistes [landscape designers] doing dynamic work and forging a new path.

How did you gain access to the gardens?
The book’s author, Zahid Sardar, introduced me to Pascal Cribier, who is one of the top contemporary French garden designers. From there, it was one after another—they’ve become a very supportive group. Even at Giverny, the head gardener let me stay until 10 p.m. It was June, and perfect for shooting in the evening light.

Are there any gardens that you wish had made it into the book?
I particularly recall Camille Muller’s own garden in the Eighth Arrondissement. It’s a little funky—he grows fruits and vegetables there and even has a compost pile, the sort of thing you never used to see in Paris. 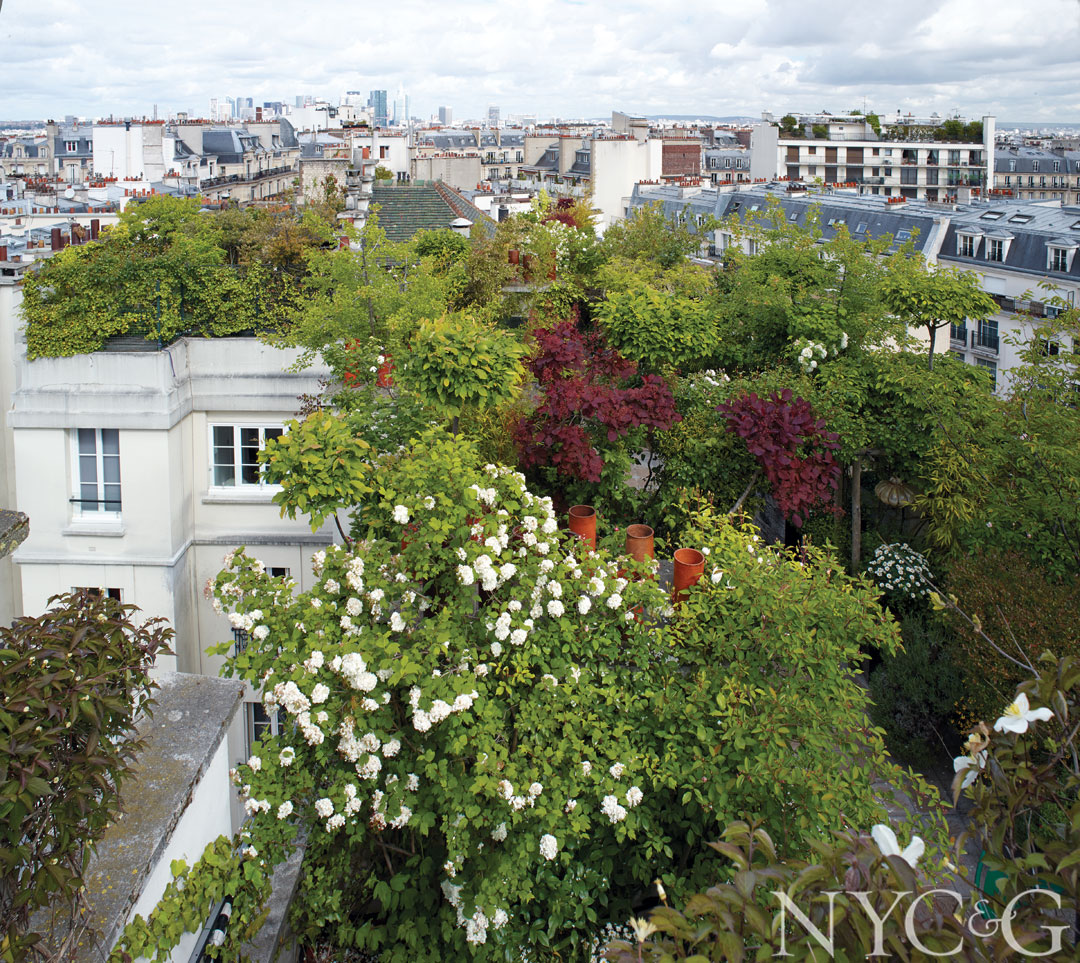 What makes gardening so important in French history?
It comes from André Le Nôtre in the 17th century, and the gardens that ultimately were symbolic of Versailles and rooted in the absolute power of the central axis. But there was also Jean-Jacques Rousseau preaching naturalism in the 18th century. In France, gardens make strong philosophical and sometimes even political statements, expressing the culture of the times. 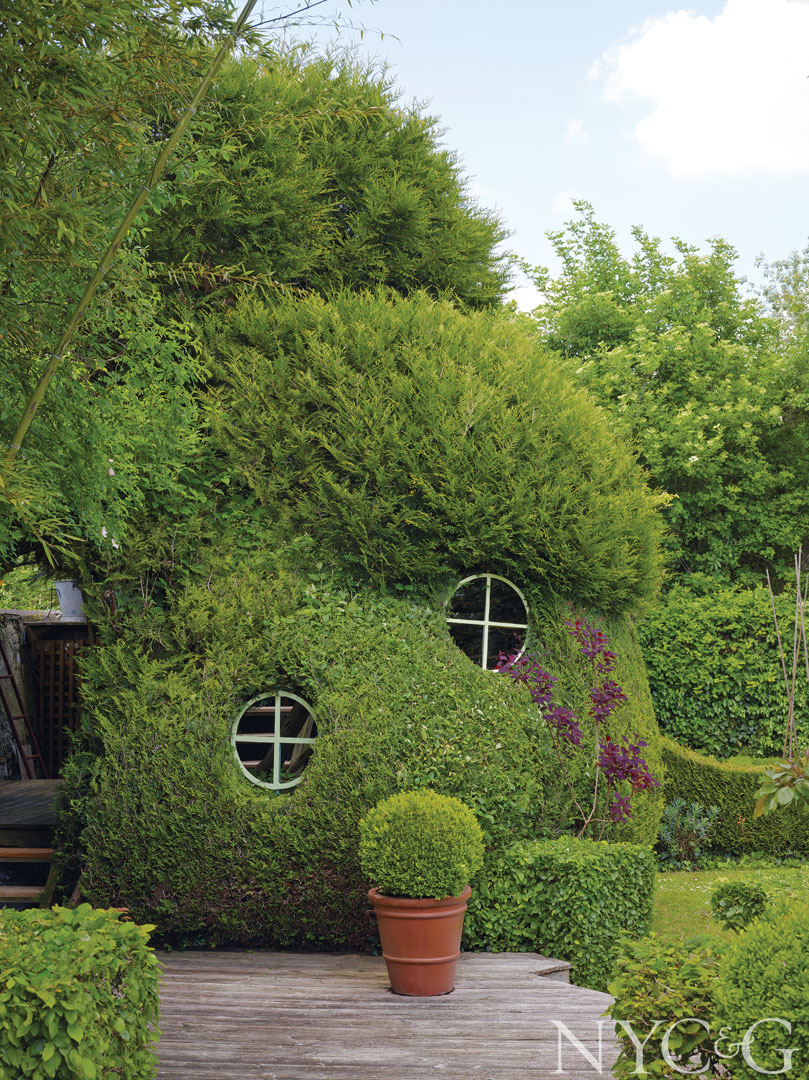 What differentiates the new French garden?
French gardeners today try not to forget gardening traditions, but modify them and bring something new to them—they’re more playful and don’t take it all so seriously. You can see topiary in virtually every French garden, but now there’s a lot of whimsy and even a certain funkiness. Classic geometry is now tweaked a bit. The gardens are still always green, however. The colorful cottage flower trend hasn’t yet made it to France.

Why is gardening having a resurgence in France?
Gilles Clément, who is a gardener and a theorist at the prestigious Versailles National School of Landscape Architecture, may have started it with his interest in ethno-botanique landscapes and lack of topiary in his designs. I don’t know. Culturally, the French are breaking away from their traditions, their rigidity. They were so constrained by history, and now suddenly they’ve gotten more experimental. It’s very interesting.

A version of this article appeared in the December/January 2016 issue of New York Cottages & Gardens with the headline: The Secret Gardens of Paris.