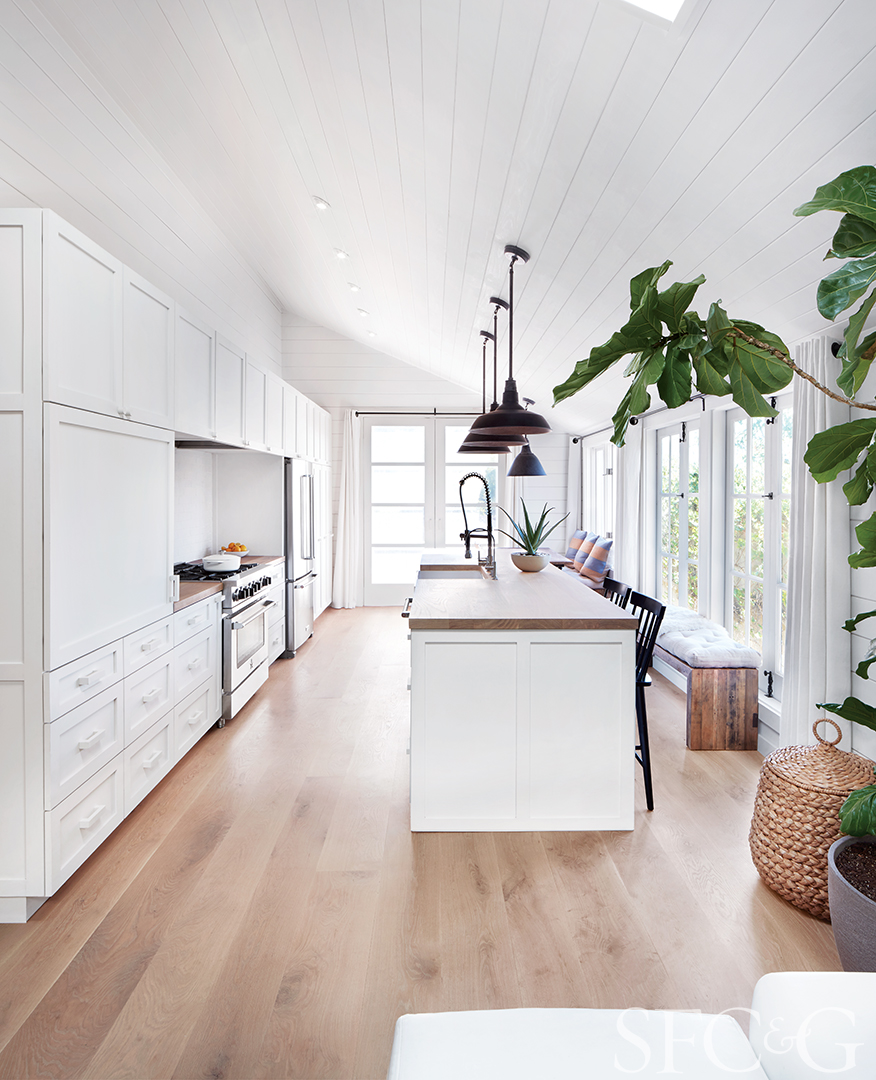 Once upon a time the only reason to drop by the little town of Graton in northern Sonoma County was to pick up a bushel of apples, but a quiet renaissance in the past few years has seen vineyards replacing orchards, and an influx of winemakers, artists, craftspeople and restauranteurs who’ve infused the town with new life and creativity. It’s just the kind of place that photographers Trinette Reed and Chris Gramly wanted: peaceful and rural, yet with an artful, vibrant community. The couple bought a property with a petite, 1920s house, guest cottage and tiny cabana on a tranquil side street, and with the help of friend and architect Paul Baird, transformed the main house into a light-filled haven for life and work.

The couple, at the time living in a 2,000-square-foot house, knew they could definitely make downsizing work for them, “as long as it was really well designed,” notes Gramly. Reed, in particular, had become increasingly interested in the “tiny house” movement, with its emphasis on thoughtful, carefully planned small spaces. So in close collaboration with his clients, Baird set about transforming their new abode, within its existing footprint, into a luminous series of beautiful, flexible rooms that feel so airy and extensive, it’s almost impossible to believe they add up to less than 900 square feet. 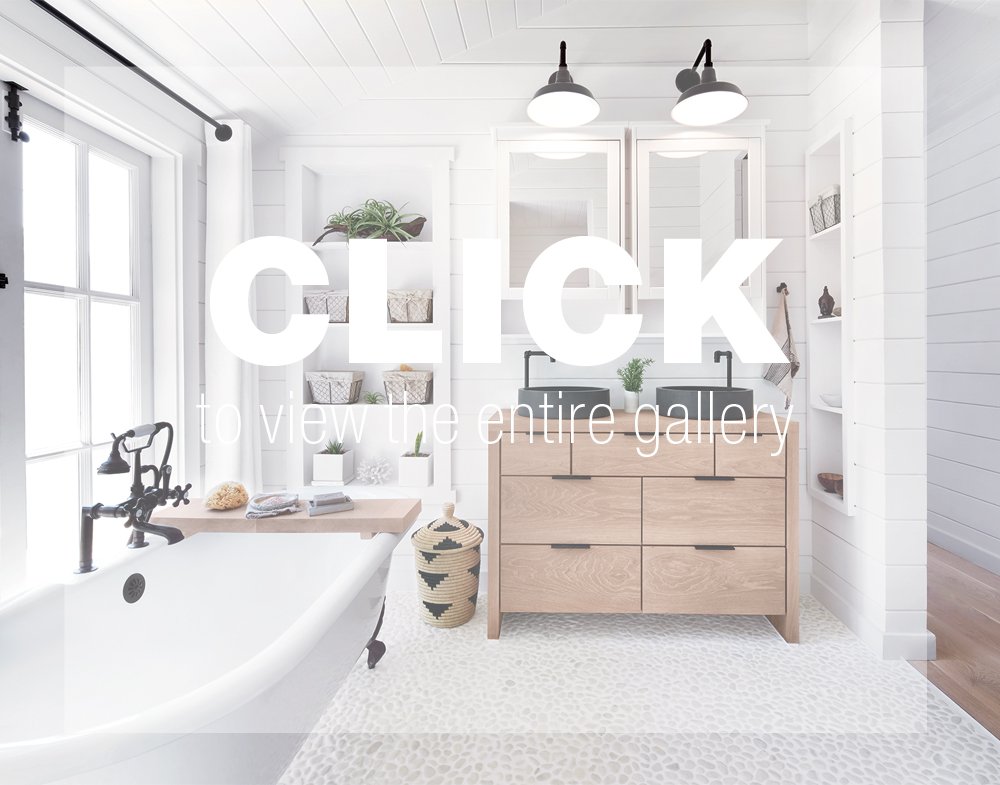 The new layout is organized around the concept of two complementary halves—kitchen and living room on one side, balanced by the bedroom, home office and bathroom on the other. But there’s no rigid separation between public and private areas: Sliding pocket doors enable privacy or totally fluid movement between them. Meanwhile, new skylights and French doors connect the indoors to the outdoors, allowing the abundant sunlight to pour in on every side. Baird also raised the ceiling heights throughout and created interior door openings that are eight feet high—an idea that Reed and Gramly paused over at first, concerned that they’d be overwhelming in such a compact space, only to be thrilled with the finished results.

For Baird, it all came down to prioritizing elements that he knew would truly enhance his clients’ daily lives, rather than planning on rooms or features that would waste space or sit unused for much of the time. For instance, Baird gave the new bathroom generous dimensions by stealing footage from a preexisting second bedroom (now a home office) to create a luxurious, nurturing space that accommodates an old Victorian-style bathtub and a separate shower, with French doors opening onto the garden. The bathroom’s decorative approach is the epitome of what Reed calls “a modern aesthetic, with a simple, farmhouse look.”

This approach—subtly contrasting textures in a range of light, neutral colors—continues throughout the house, enhancing its brightness and warmth. And occasionally, there’s a surprise, like the deep-black fireplace surround constructed from wood made with the traditional Japanese shou sugi-ban, or charred-wood, technique. Even this has a thoughtfully planned hidden secret: shutter-like folding doors that conceal the television screen.

Now that the couple (and their three beloved dogs) have settled in, they’ve been able to assess how their downsizing experiment has gone. “Nothing’s wasted,” comments Gramly, “we use every inch, yet it feels cozy and open rather than cramped—it’s the perfect amount of space.”

A version of this article appeared in the June/July 2017 issue of SFC&G (San Francisco Cottages & Gardens) with the headline: The World in Miniature.