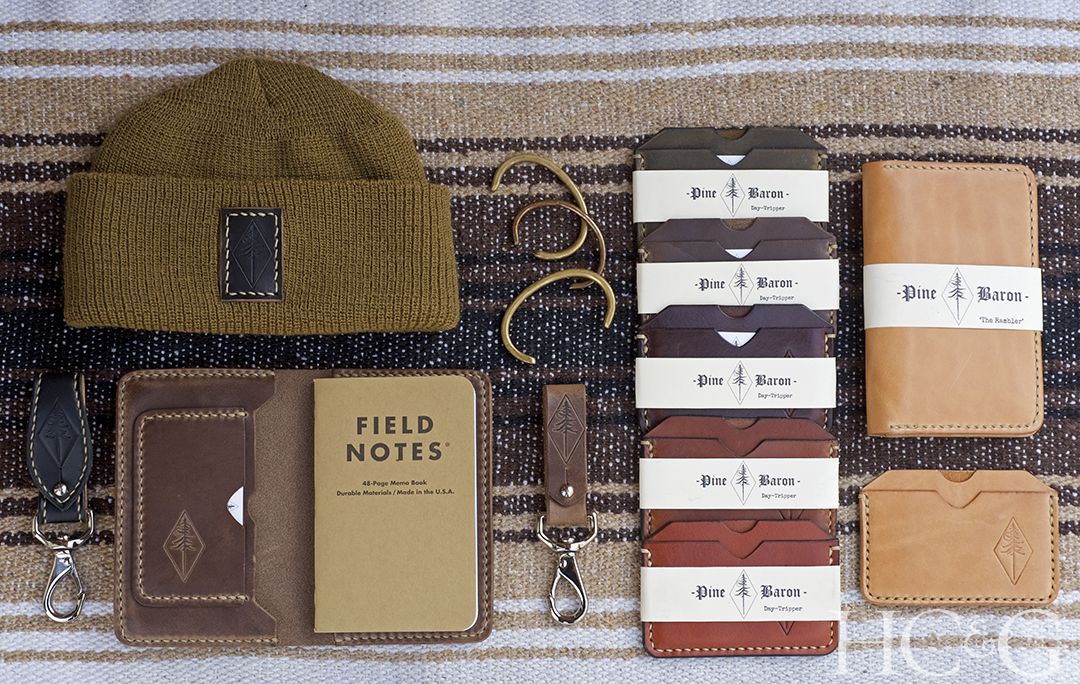 There’s nothing Shane Herrick enjoys more than when his hand-crafted leather accessories—wallets, belts, key clips, and more—start bearing signs of wear and tear. “Scuffs accumulated over time bring you back to where you were and what you were doing in certain moments,” says the Westhampton native. Making products that can withstand decades of use is the ethos behind Herrick’s company, Pine Baron—a riff on the Long Island pine barrens that sparked his lifelong love of the outdoors (an embossed pine tree logo graces all his creations). “I formed a connection to the natural world at a young age, and my designs are made to be exposed to the elements.” 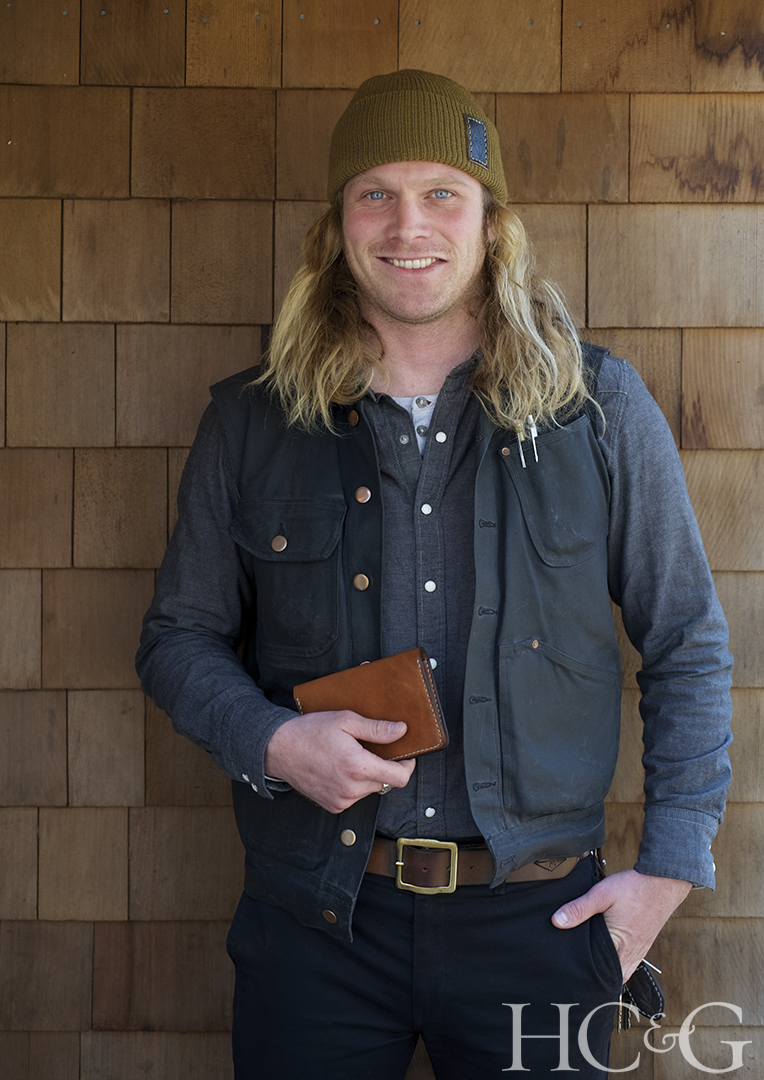 Herrick, an avid traveler with a penchant for motorcycles, skateboards, and surfboards, came upon his trade in 2014, when he decided to make his own covers for his tattered-looking passport and Moleskin notebooks. “I had no experience with leather or sewing,” recounts Herrick, who was working as a freelance journalist and bar manager in London at the time, “but I’ve always appreciated the resilience and versatility of leather. There was a lot of trial and error.” Friends noticed his handiwork, and he began making covers in larger numbers, officially launching his business upon returning to the States in 2016.

Herrick sources his leather from century-old tanneries in Pennsylvania and Illinois and waxed-linen thread from Maine. In his tiny 150-square-foot cedar-shake house in Sag Harbor, which doubles as his workshop, he uses an X-Acto knife to cut forms from 25-foot-long sheets of leather. 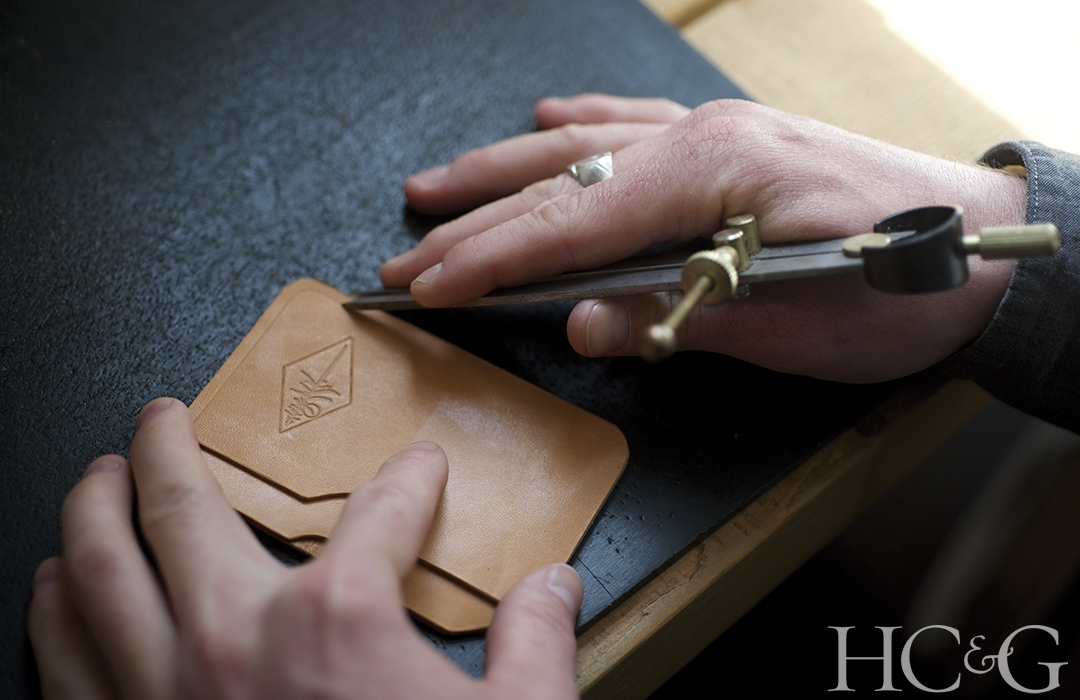 To construct a piece such as the Day-Tripper, a two-pocket sleeve for credit and business cards, he uses cardstock templates to trace and cut out three rectangular pieces of varying size and shape. After beveling and sanding the edges, he adheres the bottom and sides of the panels with glue, punches holes along the perimeter with a mallet and a sharp tool that resembles a wide-tooth comb, and then saddle-stitches everything together through the precut holes. Next, he re-sands the edges, dyes them black, and applies a leather balm to the entire sleeve, sealing in the material’s natural oils. “These pieces are a reaction to our throwaway culture,” the artisan says. “My goal is to make things that can be passed down through generations.”

A version of this article appeared in the June 2019 issue of HC&G (Hamptons Cottages & Gardens) with the headline: Stitches in Time.