Once home to a great and pioneering female athlete of the early 20th century, Eleonora R. Sears, this stately Massachusetts mansion has a big presence much like its previous owner. Newly for sale asking $22 million and known as Rock Edge, the Gilded Age-era home with 400-feet of private beach frontage is no quaint listing.

Eleanora R. Sears paved the way for women in sports. Especially during a time when it was frowned upon for women to participate in such activities. Although Title IX was established four years after Sears died in 1968, the Daily Beast has dubbed her “the Mother of Title IX” as she laid the foundation for it. As well as being a tennis and squash champion, now in the International Tennis Hall of Fame, the legendary athlete was also an affluent socialite who often hosted guests like Judy Garland, Harold S. Vanderbilt, and Cole Porter. Her former circa-1904, Georgian Revival home would have been a wonderful place to do this. 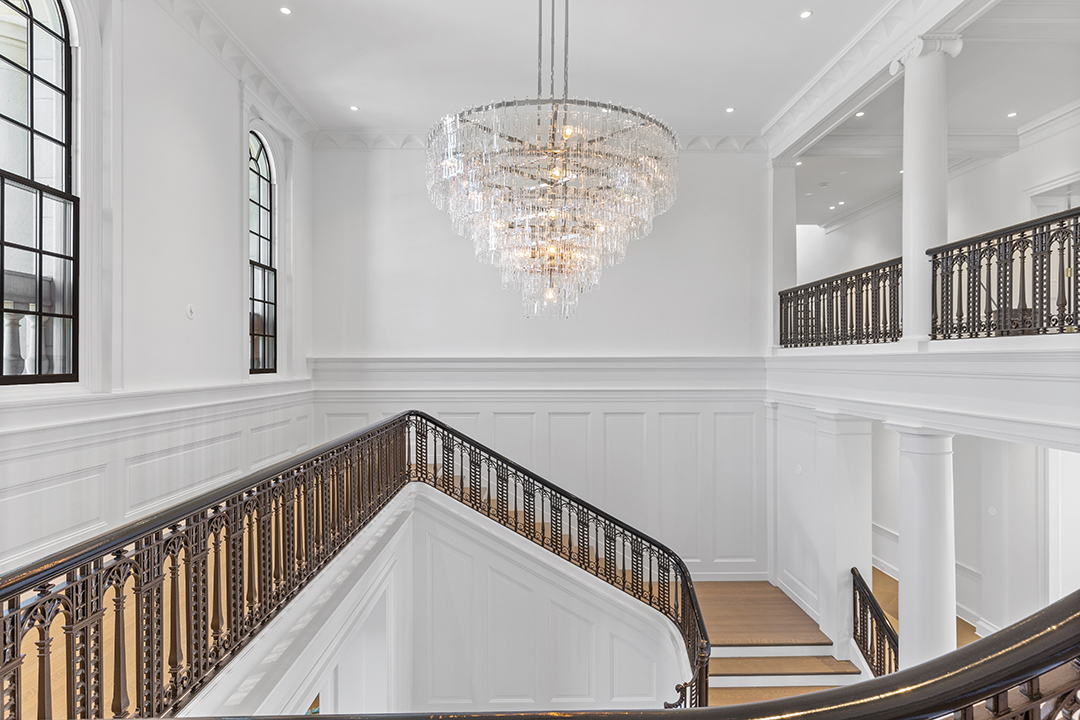 It sits on a rugged shore, which is how the name Rock Edge was born. A complete renovation has gone down since the home sold via Sears’ estate in 1970. Charlie Benevento, whose father was the one to purchase the estate, is now the owner, or rather, the seller.

Impeccably preserved, the exterior of the 28,000-square-foot home proudly showcases a handsome brick façade with Tuscan columns. Benevento tapped Linda Zarifi for the interior design, which called for modernizing spaces while nodding to the estate’s history. After all, much of the home’s significance comes from its storied past and its scale, which encompasses 11 bedrooms.

Benevento, who grew up at Rock Ridge, is now ready to pass the oceanfront estate on. George Sarkis, co-founder of The Sarkis Team at Douglas Elliman, holds this rare listing in Beverly, Massachusetts.