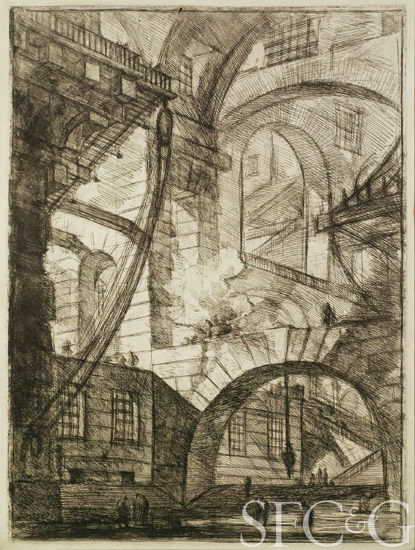 In the 18th and 19th centuries, wealthy young gentlemen who embarked on the Italian Grand Tour collected ambitious souvenirs. They eagerly purchased models of Roman buildings and graceful paintings of classical landscapes, and commissioned portraits of themselves nonchalantly posed beside ancient ruins—all with an eye to filling their homes in London or Paris with art that would display their well-traveled discernment.

Enter a pair of Bay Area architects, Lucia Howard and David Weingarten, who have recently debuted a source for Grand Tour art and artifacts with an architectural slant: Piraneseum. The name of their venture reflects the couple’s long-standing interest in Giovanni Battista Piranesi, the 18th-century Italian artist whose famed engravings depict elegant views of Rome. Housed in a gallery-like addition to their East Bay home, the couple’s collection features an intriguing array of pieces that traces the connections between art, history and architecture from the 17th to 19th centuries, including paintings, etchings and works on paper, models and decorative arts. In addition to some of Piranesi’s more unusual and dramatic prints, paintings by some of the best-known artists working in Rome and Naples at this period are on offer, including evocative ruins by Hubert Robert and magnificent capricci, or architectural fantasies, by Giovanni Panini. 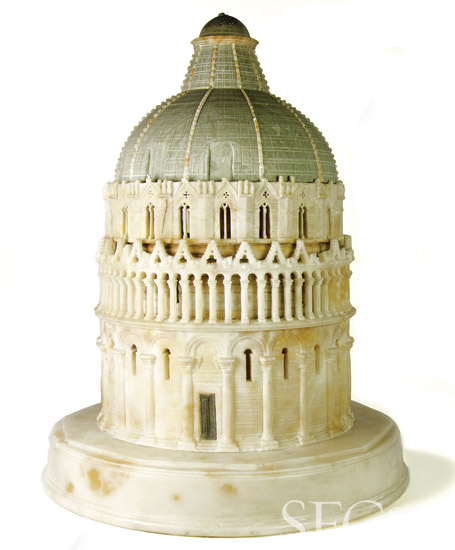 These works on canvas and paper are complemented by exquisite architectural models. One might discover a Roman triumphal arch in gleaming gilt-bronze or classical marble columns. Roman ruins reappear in delicate, colorful micro-mosaic tabletops and wall plaques, and landmarks are rendered on tiny medallions strung into necklaces, often made with the superb craftsmanship of artisans trained in the Vatican mosaic workshops.

What draws collectors today to these sophisticated souvenirs of long-ago travels? Partly, as Howard points out, “It’s that every piece has a story, or stories.” The paintings are filled with elements that pique one’s curiosity: Are these constructions real, imaginary or a mixture of both? The stories of the painters themselves are often fascinating, and sometimes even the materials have secrets to reveal. “For instance,” says Howard, “almost all the marble models were carved from antique pieces that actually came from nearby Roman ruins.” 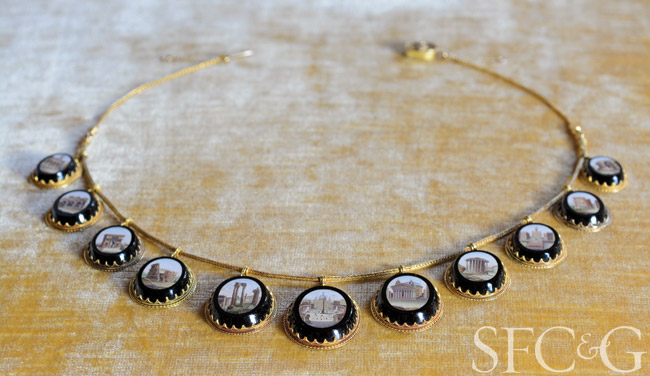 Their clients find that these artifacts fit beautifully into many types of interiors, including contemporary ones. The models in particular, Howard notes, “are really pieces of sculpture,” and the couple has Grand Tour paintings scattered throughout their very modern home to illustrate that the lure and romance of classical ruins is endlessly appealing and adaptable.

A version of this article appeared in the February 2015 issue of San Francisco Cottages & Gardens with the headline: The New Roman Forum.