Playing Tourist in NYC: Exploring the Luxurious Chatwal Hotel and Nearby Theater District 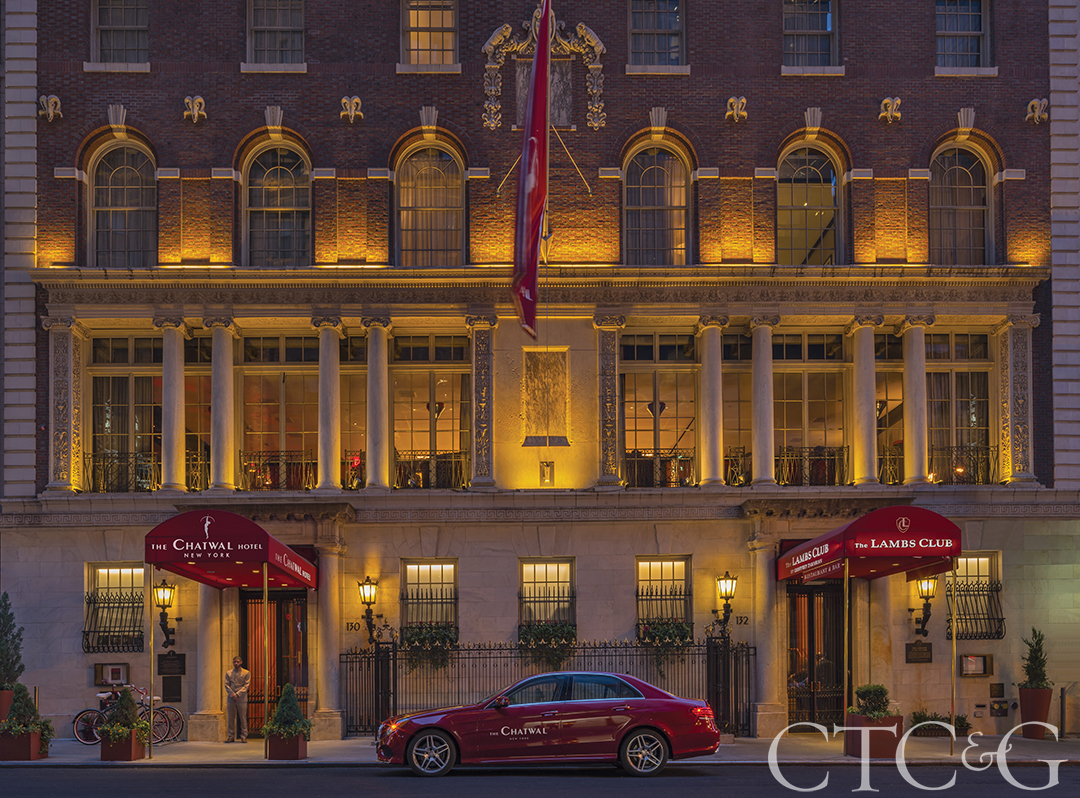 Having lived and worked in New York City for many years, I hardly consider myself a tourist. But since moving to Connecticut, I have been taking smaller and smaller bites of the Big Apple—always in a rush to get in and get out of the city, with a constant eye on the clock to be sure I don’t miss my train home. That frenzied feeling changed recently when I spent an entire weekend in Manhattan and experienced the wonder of the city as an out-of-towner.

I stayed at the Chatwal Hotel, an intimate hotel with only 76 keys in the heart of the theatre district. Steeped in history, the neo-Georgian landmark, designed by famed architect Stanford White, was home to the Lambs Club, America’s first professional theatrical club. The member’s roster reads like a who’s who of American theatre and film, and the walls of the Lambs Club dining room are lined with portraits of famous thespians, including Lionel and John Barrymore, Cecil B. DeMille, Charlie Chaplin and George M. Cohan. The hotel retains a club-like atmosphere to this day. From the moment you step foot into the Art Deco lobby, the staff knows your name and is quick to offer assistance.

The dedicated theatre concierge can score tickets to otherwise sold-out shows or arrange meet-and-greets with cast members. They had a wonderful itinerary planned for me, and I was eager to get started. In my luxurious guestroom overlooking the bright lights of the Broadway theatres, I admired the interior design by architect Thierry Despont, featuring upholstered suede walls and bespoke furnishings inspired by Louis Vuitton travel trunks. After getting settled, I made my way to the penthouse Producer Suite for drinks and dinner on one of the hotel’s 14 private terraces. 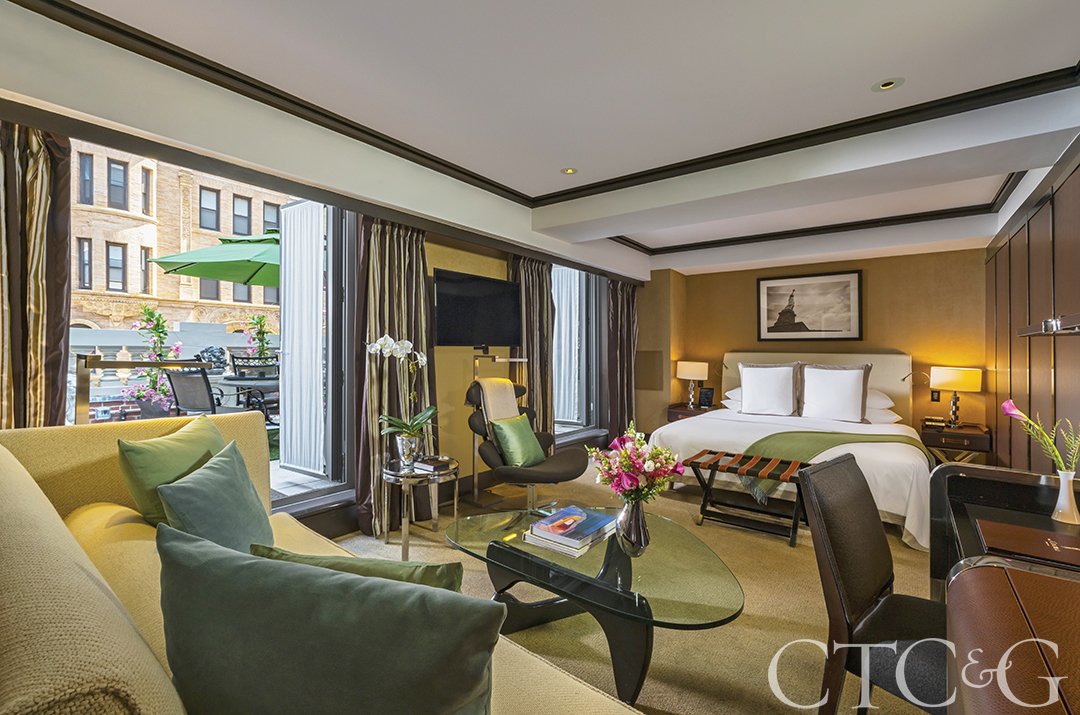 After a restful sleep in sumptuous Frette bedding, I was ready to set out on a Broadway walking tour with Inside Broadway Tours. The tour guide, a seasoned actress, shared personal stories of trying out for parts and landing roles on Broadway. As she guided us along the Great White Way, she pointed out famous theatres, expounding on the history behind each one, including the importance of the name on the marquee.

Another fun fact: The principal architect of many of the theatres was a man named Herbert J. Krapp. Hence, our guide quipped, the inside joke, “there’s a lot of ‘Krapp’ on Broadway.” Lunch was a picnic in the park…literally! The Chatwal provided a basket filled with goodies, and we picnicked in Bryant Park behind the historic Fifth Avenue library.

After lunch, I took the opportunity to window-shop along Fifth Avenue. To prep for the evening ahead, I relaxed with a massage in the hotel’s Red Door Spa. Feeling rejuvenated, I was ready for a pre-theatre dinner at the Lambs Club (celebrated chef Geoffrey Zakarian is the creative force behind the restaurant) and then off to see the play Frankie and Johnny in the Clair de Lune to top off a fabulous day. Ecstatic that I didn’t have to run to Grand Central to catch a train, like Cinderella after the ball, I was free to take in all the excitement of the night while leisurely strolling back to the hotel.

After a heavenly Sunday brunch with my requisite New York Times, I walked through Central Park to spend the afternoon at the Met. As the weekend drew to a close, I realized that my two-night stay felt more like a full-fledged vacation, and I was ready to go home. I enjoyed every minute of my time as a temporary tourist and hope to have a repeat performance in the not-so-distant future.