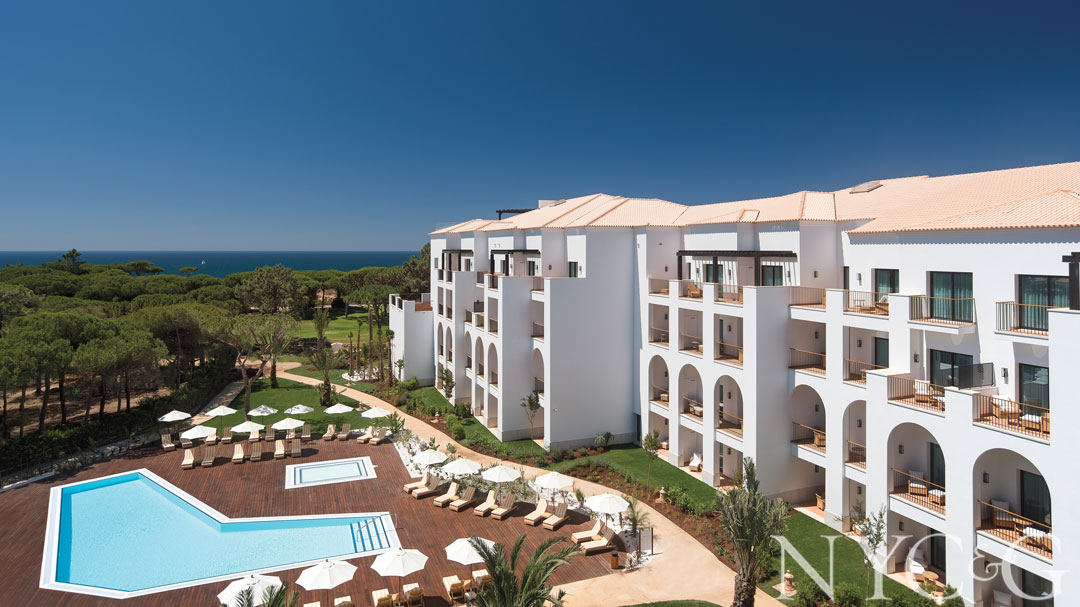 During the worst of the ongoing fiscal struggles in Europe, Portugal represented the P in PIIGS, the acronym denoting the region’s hardest-hit economies (alongside Ireland, Italy, Greece, and Spain). But the country began to emerge from the recession in 2014, and there are signs of a vibrant, newly chic Portugal rising from the ashes.

With its rich culture, sunny climate, and fresh crop of stylish hotels, Lisbon is fast gaining a reputation as Europe’s coolest capital. Its low cost of living and undervalued real estate are luring international investors and tech start-ups, earning it the nickname “The San Francisco of Europe.” But Portugal’s revival isn’t all about Lisbon. Wine-producing Porto in the north has become a tourist magnet, thanks to new affordable flights through TAP Express, and there are dozens of coastal jewels such as Comporta, a Hamptons-like hideaway whose devotees include Princess Caroline of Monaco, jewelry designer Suzanne Syz, and French decorator Jacques Grange.

Brexit-weary Britons, over-taxed French, and Americans alike are lately being seduced by the siren call of Portugal’s Non-Habitual Residents (NHR) policy, which offers a wide range of tax benefits to foreigners who spend at least half the year there, including tax-free pensions and waived income tax in their native country for 10 years. Alternatively, Portugal’s Golden Visa program offers EU residency to buyers and their spouses, kids, parents, and even in-laws—with the advantage of not being taxed on income generated outside of Portugal—in return for a minimum €500,000 ($548,240) real-estate investment. (An added benefit for Americans is that foreign real estate isn’t currently a reportable asset in the U.S.) The Algarve’s five-star Pine Cliffs golf resort, where Russian billionaire Roman Abramovich was eyeing a new $3.3 million condo this summer, has seen more Golden Visa buyers than any other development in Portugal. Surely its golf and tennis academies, spa, and beach club have something to do with its appeal. What’s more, Golden Visa owners are required to spend just seven days a year in Portugal—but who in their right mind wouldn’t want to stay longer?