During a particularly stressful time as a Washington, D.C., lawyer more than 25 years ago, David Fram made a decision to throw pottery instead of fits. 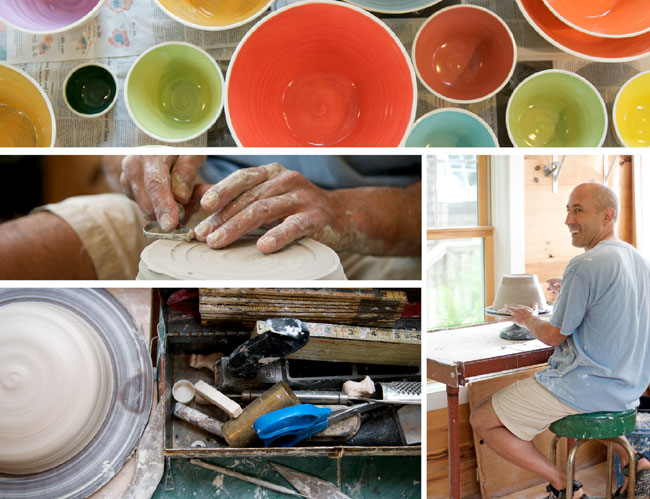 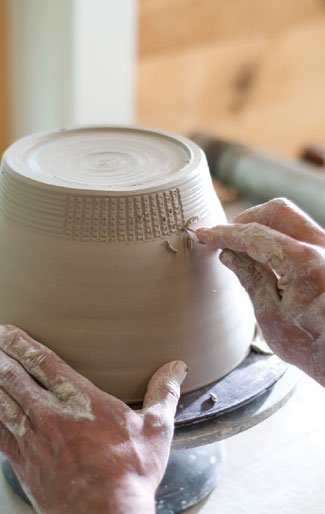 During a particularly stressful time as a Washington, D.C., lawyer more than 25 years ago, David Fram made a decision to throw pottery instead of fits. “A friend of mine suggested that I make pottery to reduce stress—and it worked,” says Fram, who produces his pieces out of his home studio in the Springs, a shard’s throw from Three Mile Harbor. “Making bowls and platters and casseroles is certainly a lot more fun than therapy—and the process is almost hypnotizing. When I get into the potter’s mode, I forget just about everything.”

Fram opens his light-filled studio to the public twice a year, typically selling out of his inventory. Unlike many potters who often work with muted colors, he has lately been embracing a brighter, bolder palette. Olives and oranges, reddish rusts, and Wedgwood blues are in heavy rotation right now, with one color often featured on a vessel’s interior and another on the outside.

“I tend to gravitate toward simple forms with contemporary colors,” says Fram, who teaches disability law when he’s not working at the wheel or firing the kiln. “I especially like to make bowls, which are so practical and have such a nice heft to them. It’s satisfying to create functional vessels that people use—for cooking, serving, eating. The best compliment I get is when people say to me, ‘I use your bowl every day.’ Or even ‘I broke one of your pieces.’ That means they’ve been using it—and that’s what I want.”