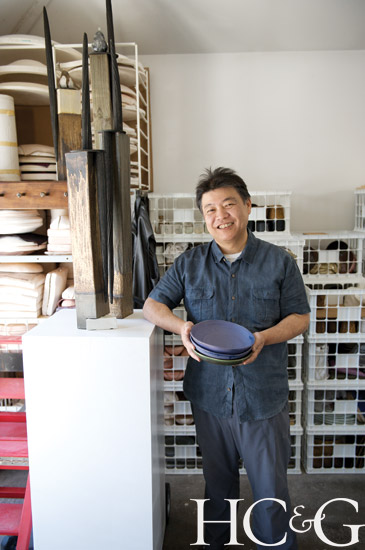 Uko Morita knows his way around a wheel. Not only is the protégé of famed Japanese American artist Isamu Noguchi a well-known potter in his own right, he was also a former professional lightweight Formula One racecar driver. Though his days at the track are long behind him, Morita’s life at the potter’s wheel has sustained him for more than three decades. “If you race, you can die—and quickly!” the Quiogue resident jokes. “With a craft, it’s a slower death.”

After immigrating to America from Japan in 1978, Morita began working with clay and assisting Noguchi—an eye-opening experience, to say the least. “I didn’t fully realize who Noguchi was, and I was naïve enough to think I could do things just as well,” says the artist, whose work has been exhibited at MoMA and LongHouse Reserve.

To start a piece, Morita first works up the clay, adding water to give it a fine grit, churning it with a clay mixer, and running it through a pug mill to press out excess air. He then typically ages the clay at least a month, which makes it more malleable. To achieve his signature style—a traditional Japanese method of imprinting various grooved patterns onto the clay—Morita uses a variety of machines, such as a slab roller press and an extruder, which creates tube-like shapes and textures, “kind of like making macaroni,” he explains. He then shapes, pinches, and trims each piece and puts it through a first—or bisque—firing, loading about ten large to 100 small items into an electric ConeArt kiln, which reaches temperatures of up to 1,900 degrees Fahrenheit. The process of heating, drying, and firing the clay takes about 12 hours, with one additional day for the work to cure. 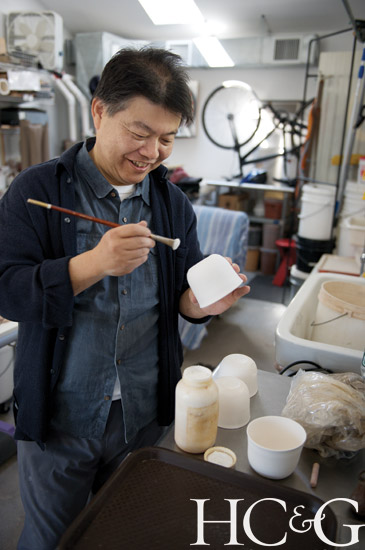 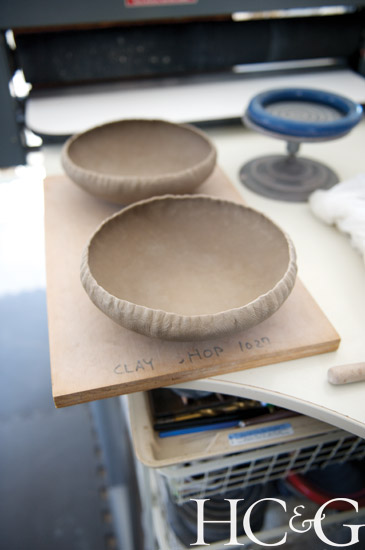 Morita then sands each piece before it is glazed and fired a second time. For this step, he frequently uses a huge Geil kiln, which can hold hundreds of items and often takes days to load, as each piece needs to be placed in a precise spot in order for it to cure correctly and withstand heat levels that can vary greatly, reaching up to 2,350 degrees. Morita monitors the heat and measures the amount of oxygen inside, often relying on the time-honored pyrometric cone system, in which three ceramic cones are placed in the kiln and used to gauge the firing process. The glaze firing takes anywhere from 12 hours to two days. 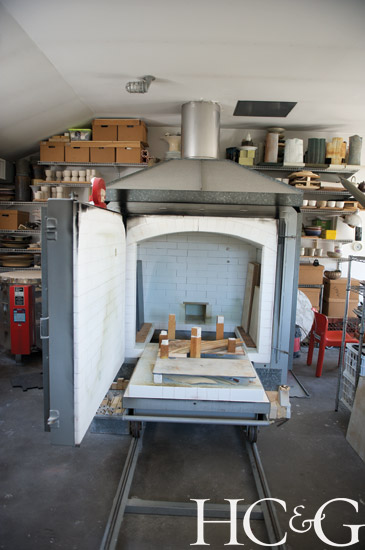 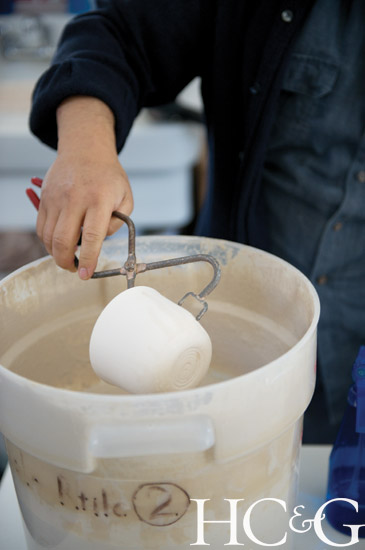 While speed is an asset in racing, it definitely doesn’t apply to pottery, Morita asserts. “People think they can order something and have it done right away,” he says, “but it takes a very long time to make it good. That’s both the pain and the beauty of it."

A version of this article appeared in the July 15 2015 issue of Hamptons Cottages & Gardens with the headline: Breaking the Mold.