Prague's Offerings Include an Enticing Array of Architectural Styles 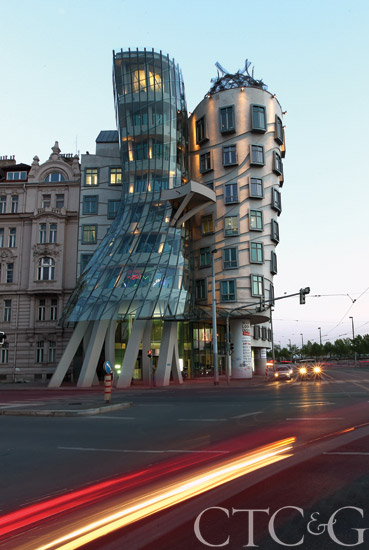 In the heart of the Czech Republic, a phoenix has risen from the ashes of two catastrophic fires in the 16th and 17th centuries. The city of Prague has become an architectural center filled with a fusion of styles: From Baroque to Postmodern, the diverse buildings spread throughout are sure to pique the curiosity of any traveler. Prague allows you to wander through architectural history in just a short weekend. Its intimate size and central European location make it perfect for a quick escape and a journey into the past.

On the last night of a four-month stay in Prague, I observed the city’s plentiful architectural offerings from a window seat at Ginger & Fred restaurant atop the Frank Gehry–designed Dancing House building.

Just a short walk along the river is Národní Divadlo (the Neo-Renaissance national theater), which is the cultural center of the city where opera and ballet thrive. Charles Bridge crosses the river from Old Town to Malá Strana (Lesser Town), which was home to many noble palaces in the Middle Ages. 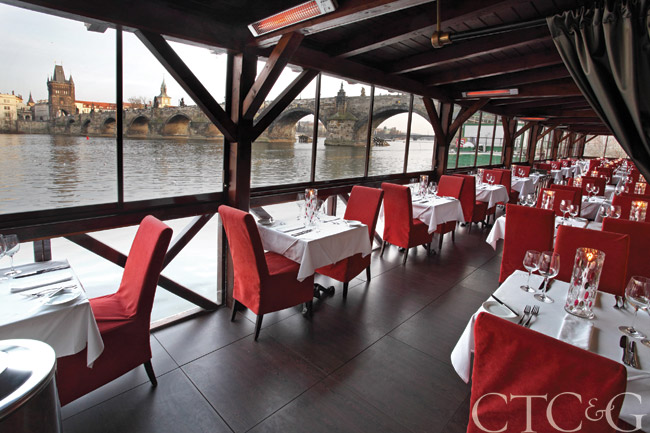 Up the hill is Prague Castle, which according to Guinness World Records is the world’s largest functioning castle complex. Reflecting the many eras in which the monarchy reigned, the palace’s buildings range from Gothic to Romanesque to Renaissance. About two miles South in the city center, atop Petrín hill, is a lookout tower that resembles the Eiffel Tower. Each structure embodies different artists’ perspectives, reflecting the diversity of Prague’s past and present as a peaceful, culturally rich city.

Alchymist Grand Hotel
In the center of Malá Strana, this quaint hotel and spa boasts a 500-year-old staircase and a Baroque-era façade protected by UNESCO as a World Heritage Site.

Astronomical Clock Tower
Mounted on the wall of Old Town City Hall, the world’s third-oldest astronomical clock was built in 1410. Climb to the top to view Old Town Square from above.

Café Savoy
This can’t-miss brunch spot has a Neo-Renaissance ceiling dating back to 1893. The atmosphere transports diners to the days of café gatherings of intellectuals and artists.

Vyšehrad
Pick up some sandwiches and salads from Bakeshop in Old Town and take the tram along the river for a picnic in the park that surrounds a 10th-century fort overlooking the Vltava River.

A version of this article appeared in the October 2015 issue of Connecticut Cottages & Gardens with the headline: Czech It Out.