Longtime Ralph Lauren executive John Wrazej just listed his Upper West Side co-op, and yes, it is as beautiful as one would expect. A refined unit within a classic brownstone, the home originally stood as three one-bedroom apartments but was combined into one single apartment, immense and decorated with stylish sophistication. Available turn-key, the spread asks $3.495 million.

Wrazej, who has worked for Ralph Lauren for thirty years and currently serves as an Executive Vice President and Creative Director for Polo Ralph Lauren, shares the 2,000 square foot apartment with wife Patti Trainor-Wrazej. The couple have lived in the building for just as many decades as John’s Ralph Lauren career, although the space hardly resembles its original form. “We did a gut renovation when we combined the units,” they said of their reinvention of the property, “We reorganized the footprint to allow for separate living and sleeping spaces.” 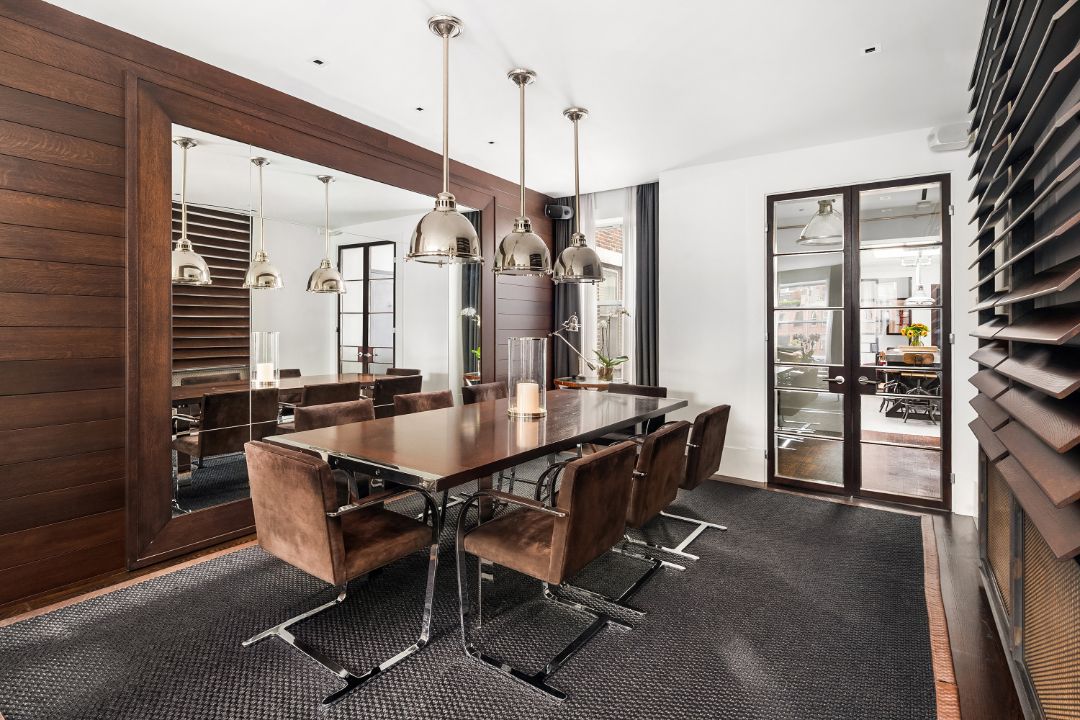 The result of this initial remodel comprises 4 bedrooms and 3.5 bathrooms. Custom doors of glass, steel, and mahogany segment the living spaces while still allowing for the flow of light and a sense of openness. On the influence of Ralph Lauren himself on their design process, John added, “Ralph has always been amazing and the master of mixing and blending worlds, like wearing a tuxedo jacket with jeans and a pair of cowboy boots. With his home design, it’s the same and for our home, this is true as well.”

The couple’s favorite spaces in the home include the living room, in which they intentionally blended the French industrial aesthetics of Jean Prouvé’s blackened steel and mahogany with polished stainless steel. Their master is a close second, warmed with ease by the bedside gas fireplace.

Michelle Griffith of Compass has the listing.