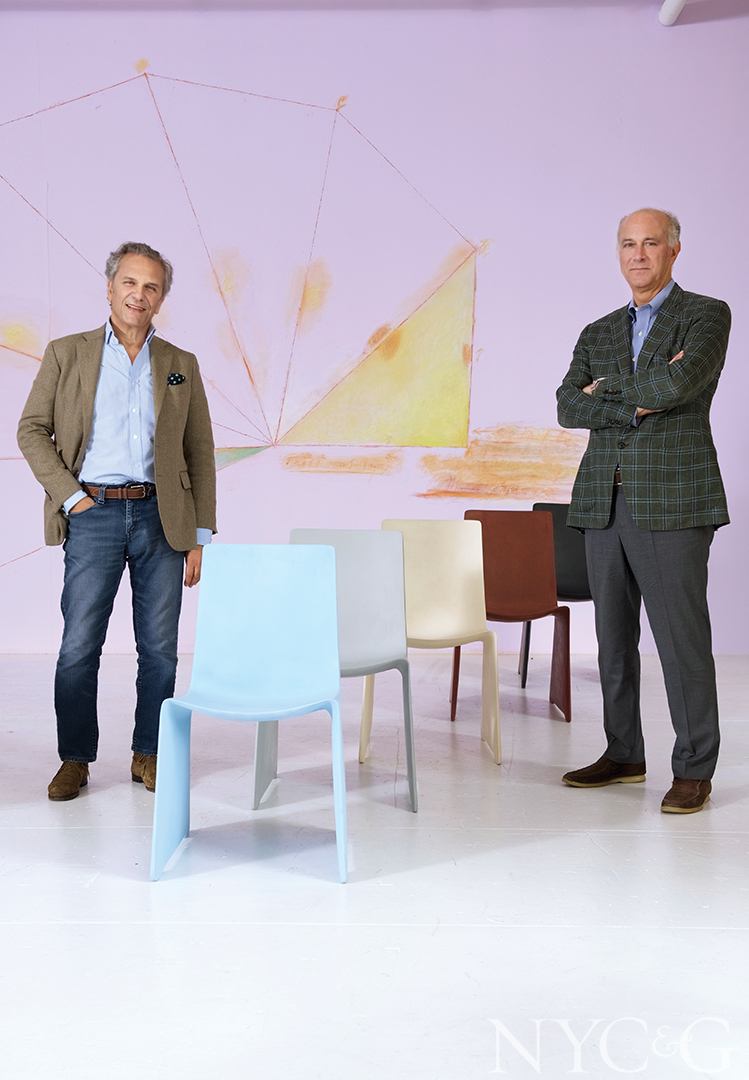 Ralph Pucci International is synonymous with memorably chic fashion mannequins and even chicer furniture produced by design heavyweights. Now the brand is bridging both worlds with new introductions from celebrated collaborators such as French architect Patrick Naggar, who recently debuted an outdoor furniture collection. “We’ve accomplished a lot in the high-end luxury market, but it was time for a change,” says Pucci, who is fabricating Naggar’s pieces in-house with the same resin-like material that’s used for his mannequins, which allows him to sell the products at a lower price point. “I wanted to target a younger audience who might have found Pucci too expensive in the past.”

In 2016, after Naggar showed Pucci some furniture sketches loosely based on a bronze collection the pair had previously produced, Pucci seized the opportunity to put the company’s manufacturing techniques and materials to further use. “We knew we had an arsenal of ideas that had never been tried in the furniture industry before,” says Pucci, whose new chairs, side tables, and benches feature a unique proprietary resin body with textured matte finishes such as bone, terra-cotta, and black foundry. “It’s very unusual to see outdoor furniture with a non-glossy surface,” adds Naggar, “and it’s not perfectly smooth—there’s built-in imperfection.” 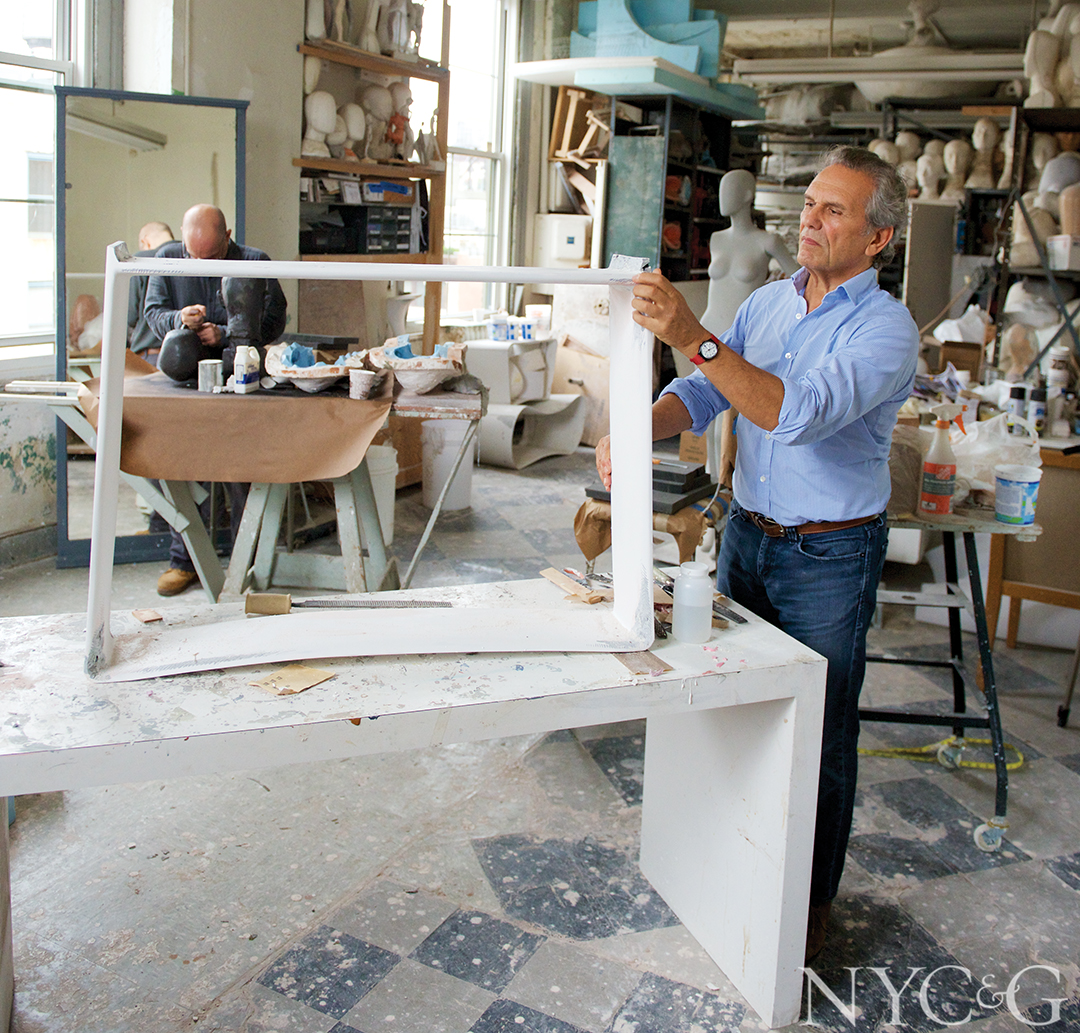 The sculpture studio where Naggar’s prototypes are developed is tucked away in the same Flatiron building that’s also home to Ralph Pucci International’s exquisite showroom and mannequin production factory. The elegant and pared-down Positano chair, for example, is first shaped from clay by Michael Evert, Pucci’s longtime sculptor, then refined by Pucci, Naggar, and Evert, covered in plaster, and left to harden. Once dry, the mold is opened and the interior sanded, after which factory employees apply a resin-like fluid to create the first cast of the chair. Next, it’s brought back to the sculpture studio, where it is scrutinized further before a master fiberglass mold is created, injected with the resin-like compound, and heated to set, resulting in the finished chair. “We’ve dealt with so many materials over the years,” says Pucci, “but we’re finally going back to our roots and having fun with resin. It’s our secret weapon.”

A version of this article appeared in the Dec/Jan 2017 issue of NYC&G (New York Cottages & Gardens) with the headline: Crowd Pleasers.