Reaching the End of the (High) Line 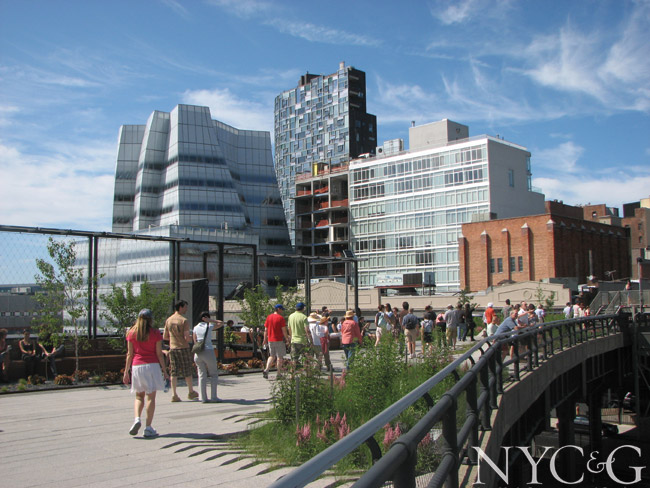 With the completion of the final portion of Phase III of the High Line, which extends from West 30th Street and curves around Hudson Yards, the elevated park will receive virtually no further funding from New York City.

Only a small amount is still allotted for security and similar expenses, requiring an influx of private money instead. “We pay for virtually all the operation and maintenance of the High Line,” says Adam Ganser, the park’s vice president of Planning & Design. Though Phase III is now open to the public, “there’s quite a lot left to do,” including work on the design of the second section of Phase III, a 10,000-square-foot open space known as the Spur.

Presumably West Chelsea real estate developers are on the fundraising hit list: Sales prices in the neighborhood have reportedly appreciated 86.3 percent in the six years since the High Line opened, in 2009, and with several architecturally significant residential projects nearing completion, that percentage seems poised to rise. Cary Tamarkin’s 508 West 24th Street is almost 85 percent sold out, at just over $2,200 a square foot, and 20 units (average price: $2,300 a square foot) are in contract at Thomas Juul-Hansen’s twin buildings that flank the High Line at West 19th Street. Meanwhile, the undulating condos at Zaha Hadid’s forthcoming 520 West 28th Street will be priced from $2,660.68 to $5,476.45 per square foot, the latter for a five-bedroom penthouse asking a whopping $35 million.

Rumor has it that the Peter Marino–designed steel building called the Getty, under construction at West 24th Street and Tenth Avenue, will offer eight condominiums at record-breaking asks above $3,000 a square foot. Some developments along the High Line have already stepped up to the plate for the park’s maintenance: At 245 Tenth Avenue, a $10,000 annual donation to Friends of the High Line is written into the bylaws. One thing’s for sure: It’s money well spent, as the High Line has helped to transform a once-barren area into Manhattan’s hottest ’hood. “Not only has the High Line affected real estate values, it has also raised the quality of the developments,” says broker Millie Perry of Stribling. “It has become a resource for people in the neighborhood, and the neighborhood has definitely changed.”