Decorator Larah Moravek comes up with the perfect palette for the Sherry-Netherland pied-á-terre of her Mexican art collector client. 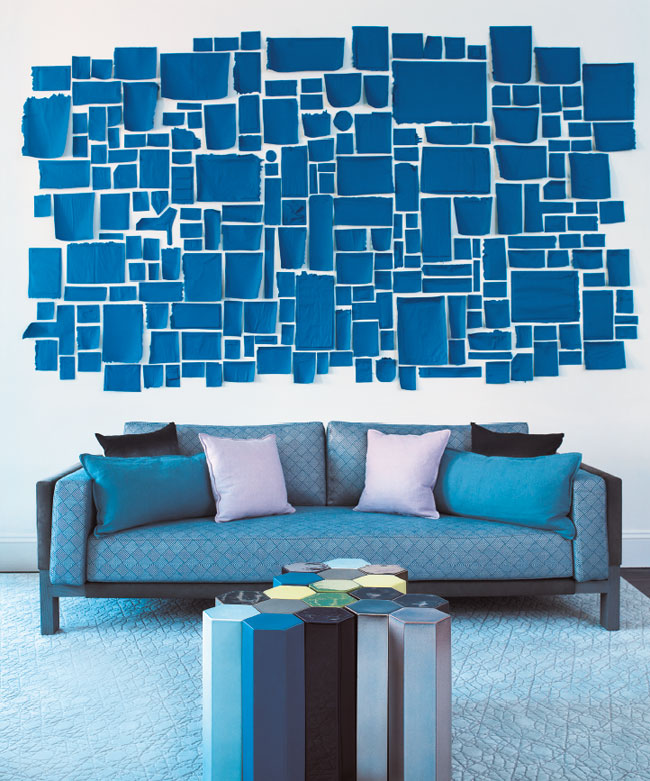 Since opening in 1927, the Sherry-Netherland has towered proudly over the southeast corner of Central Park, its fairy-tale neo-Gothic spire, complete with gargoyles, unique on the Manhattan skyline. The tallest residential hotel in the world when it was built, the 38-story structure occupies the site of the New Netherland, a hotel owned by William Waldorf Astor, and shares its name with Louis Sherry, renowned confectioner, restaurateur, and darling of the Gilded Age social set. A portion of the landmark still operates as a luxury hotel, but most of the units were converted to co-ops in 1954. These days, a one-bedroom in the Sherry-Netherland typically sells in the upper six figures; the 8,000-square-foot 18th floor—which has seven bedrooms—is currently on the market for $95 million.

Over the years the Sherry-Netherland has been home to such celebrities as Diana Ross, Francis Ford Coppola, and even Judge Judy Sheindlin, and apartments are now so coveted that they often pass down through families—from mother to daughter, in the case of the 24th-floor tower unit featured on these pages. The current owner, a Mexican national who is deeply entrenched in her country’s art culture, shares the two-bedroom with her preschool son (whose uncle, the homeowner’s brother, also has a place in the building). 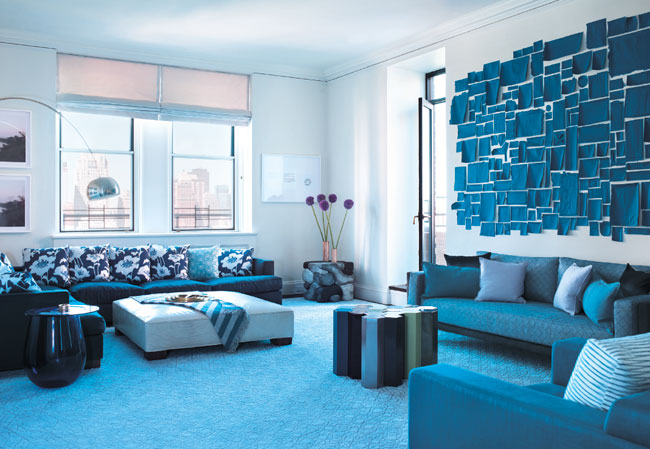 Designing the apartment fell to decorator Larah Moravek, who grew up in England and studied photography at the University of Texas at Austin. After moving to New York in 2000, she found work with Clodagh and then with the firm Yabu Pushelberg before going out on her own in 2010. Part one of her client’s design directive was to redecorate the boy’s bedroom and bath: His mother wanted it to have a connection to their home in Mexico so that it would be familiar to him. She also wanted it to be finished within a tight time frame of several weeks, rather than months. Satisfied with Moravek’s whimsical and punctual work, the client asked the designer to take on the rest of the space.

Again, time was a constraint, as a date had already been set for an important art-world social event the client was to host in the apartment. Consequently, construction was kept to a minimum. “I would like to have reconfigured the library,” says Moravek, “but there just wasn’t time. Because it’s a landmarked building, getting the permits took half of our allotted construction period—and that’s without moving any walls or plumbing, though I did add some closets in the master bedroom.”

In addition to the unit’s 2,300-square-foot interiors, there’s a 600-square-foot terrace that wraps around the west and north exposures, allowing for a light-flooded space that shows off the client’s art collection. But what she had inherited from her mother, says Moravek, was heavy and dated, with “bordeaux wall coverings and heavy velvet drapes.” Accordingly, most of the existing decor was stripped away, though original architectural details such as crown moldings and wood floors remain.

True to her modern Mexican sensibility, Moravek’s client wanted her home to be casual and chic, not too uptight or tailored. And she loves blue. “We began with a broader color palette,” says the designer, “but in the process of refining the furniture arrangements, we began to narrow it down to a range of blues and neutrals.” Although the living and dining rooms both have off-white walls, the fabrics occupy a narrow, cool band of the spectrum; the foyer, the library, and the master bedroom are all different shades of blue, which finds its way into the boy’s room as well, in a midnight-blue ceiling that sets off a moon-like chandelier.

“My client wanted multiple seating areas in the living room,” says Moravek, “and a salon-like space that would be flexible enough for her art collection to be moved around.” That’s not quite as easy as it sounds. The multi-piece found-object mural by Abraham Cruzvillegas that hangs in the living room took three days to install, following a map provided by the artist, whose work is included in the collections of the Museum of Modern Art and the Tate Modern. But the piece plays nicely against the textiles and furniture scheme. “We were very aware of the components of a puzzle as we chose the upholstery and the rugs,” adds Moravek, “so that every object and fabric is part of a larger whole. I was fascinated by the idea of making a design statement without fighting the art, and of creating a surprisingly modern enclave in the middle of this quintessential New York building.”

A version of this article appeared in the December 2013 issue of New York Cottages & Gardens with the headline: Rhapsody in Blues.

Browse more photos from this feature in the full gallery below