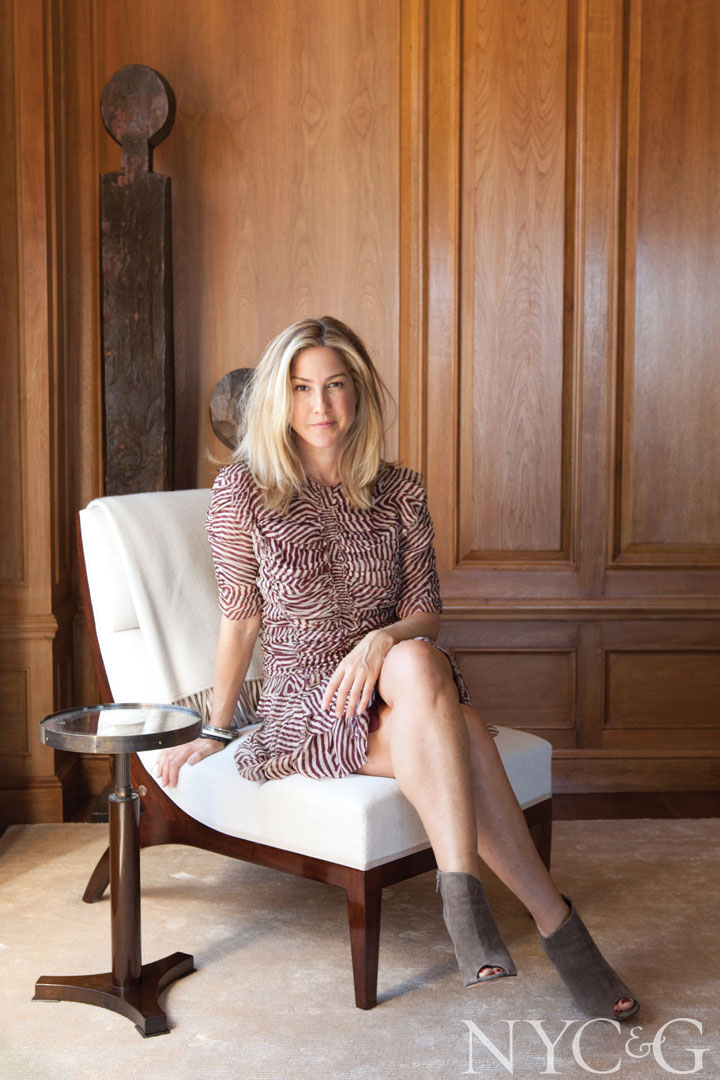 WHO: Jessica Gersten spent more than a decade working for fashion brands such as Ralph Lauren, Armani Exchange, and Kenneth Cole before making the leap to decorating. “When I wasn’t thinking about fashion,” she says, “interiors were on my mind.”

WHAT: Spaces featuring a heady mix of periods and textures. “I like to create tension and intrigue,” says Gersten, who thinks nothing of pairing a sleek Minotti sofa with a vintage light fixture and a rustic tree-trunk coffee table. She injects life into her mostly neutral interiors with select statement pieces, such as a boldly hued painting or a vibrantly patterned chair.

WHERE: The designer is currently finishing a project in Tenafly, New Jersey, which she describes as “the Utah mountains meets 1970s glam.” Stone is widely incorporated throughout the 12,000-square-foot home, from the façade to the foyer and bathrooms. Gersten also recently completed an Upper West Side residence for a family of six, in which “every room reveals new colors and shapes.” 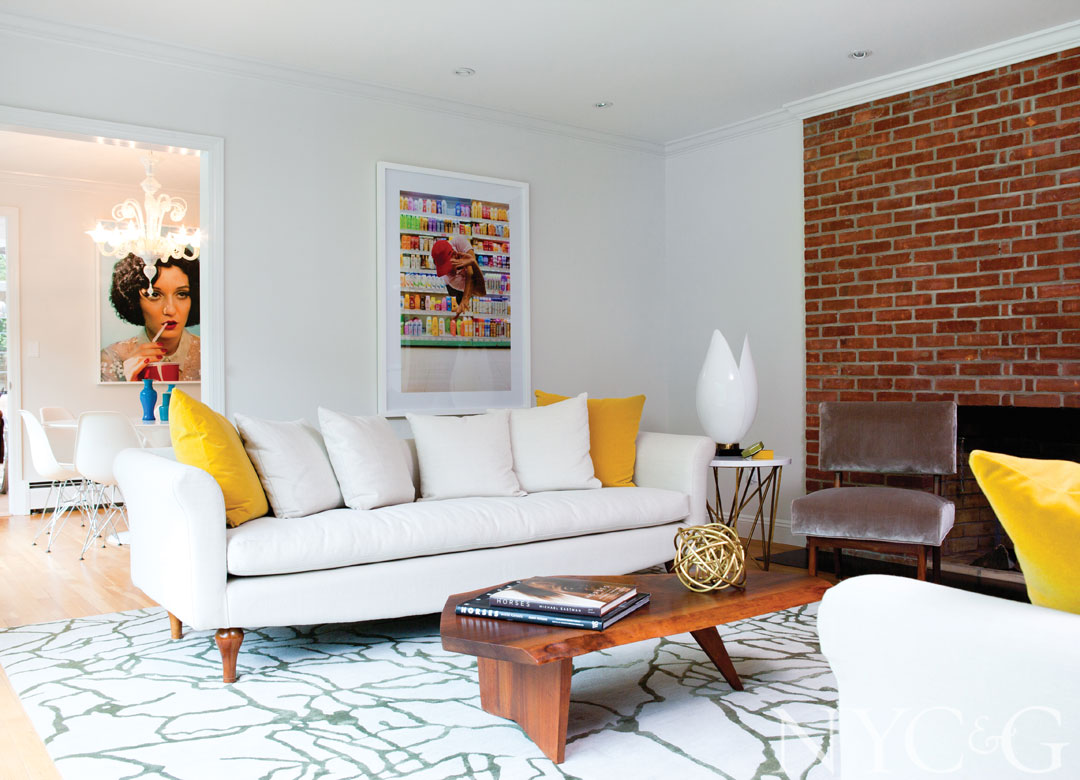 WHEN: After leaving the fashion industry to start a family, Gersten found herself itching to turn her love of decorating into a new profession and launched Jessica Gersten Interiors in 2008. “When you have an eye for aesthetics, it transfers easily from fashion to the home,” she says. “Putting an outfit together is all about balance and proportion, and the same is true for a room.”

WHY: “There’s nothing more important than how you feel at home,” she says. “Creating spaces that people enjoy is the ultimate reward.”

A version of this article appeared in the March 2016 issue of NYC&G (New York Cottages & Gardens) with the headline: Rising Star: Jessica Gersten.