WHO: Mara Silber grew up in a family of lawyers, but always knew she would follow a different course. “I loved watching my family’s decorator and helping him pick out paint colors, fabrics, and finishes,” says Silber, a Cleveland native. “Seeing how he manipulated space to make a room more functional was fascinating.”

WHAT: Sleek finishes, modern furnishings, and a neutral palette of dove grays, saddle browns, and creamy whites. “I don’t like overwhelming spaces with color and pattern, so I use both with restraint,” says Silber. “I prefer to add interest with my clients’ personal items, such as books, accessories, and art.”

WHEN: Silber began studying fashion design at the George Washington University in 2006, but later switched to the school’s interior design program. Upon graduating in 2010, she moved to New York and worked for designer Mark Cunningham. Five years later, she opened her own firm. 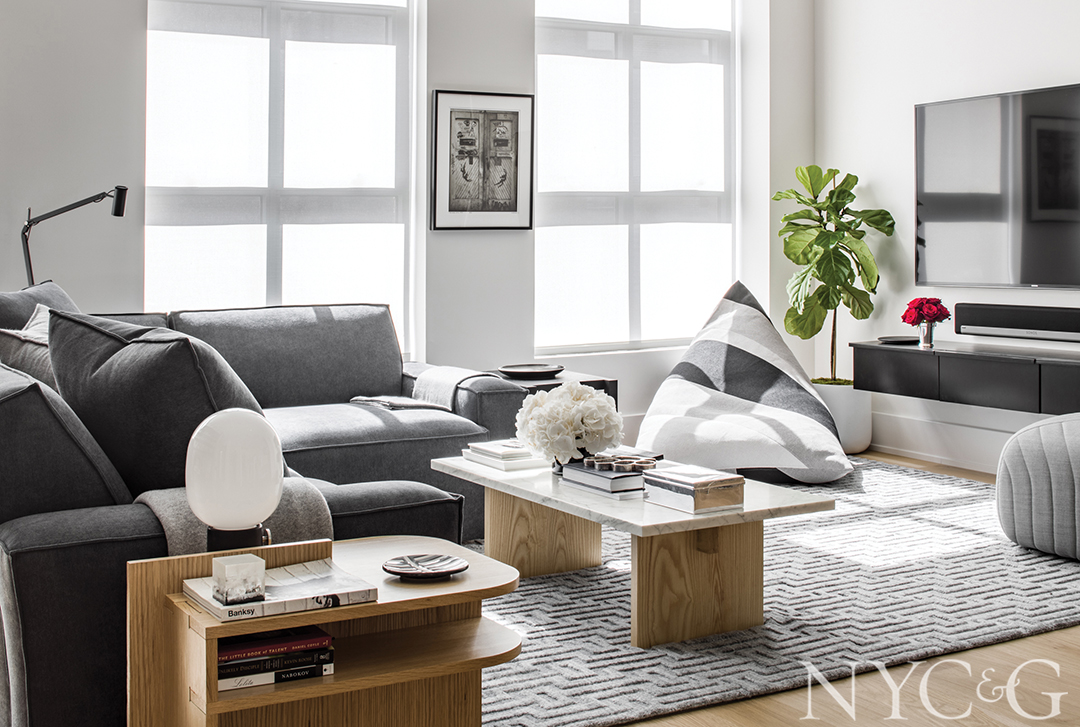 WHERE: For a young family’s 3,000-square-foot Park Avenue apartment, the neutrals-minded Silber is going against type, indulging her client’s “funky taste” by incorporating surprising touches like walls upholstered in a chinoiserie silk and circa-1920 black lacquer armchairs covered in a bird-print fabric. Other projects include a gut renovation on the North Fork waterfront and a Tribeca duplex.

WHY: “I live for my clients’ reactions to their new spaces,” says Silber. “Seeing their excitement is the ultimate reward.”