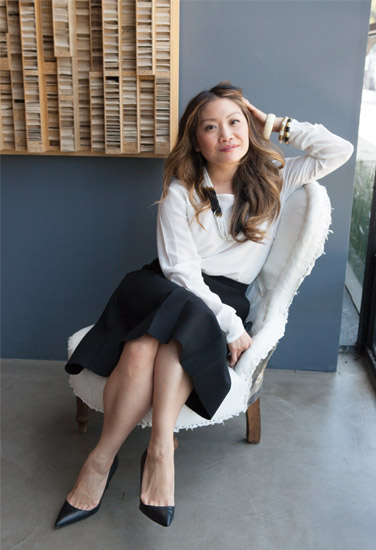 WHO: Peti Lau didn’t dream of becoming an interior designer. Instead, the Virginia native studied performance art and dabbled in fashion design, although neither turned out to be the right fit. “The importance of how a space can influence people became apparent to me when I discovered Frank Lloyd Wright’s designs,” says Lau. “I found it very inspiring.”

WHAT: A well-traveled eye and eclectic taste translate into livable, tailored interiors that are full of personality. Lau delights in eccentric touches, such as hanging a heavy black tassel on an Andrew Martin lamp base and trimming the shade in an exotic fabric. She calls it her “AristoFreak” aesthetic: “It’s old-world charm with a flash of the unexpected.” 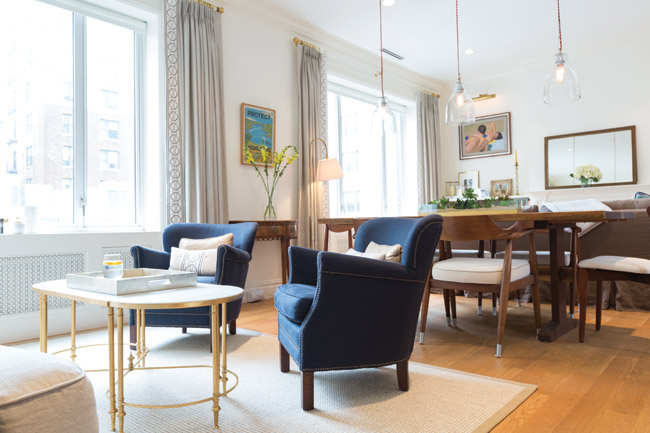 WHERE: Lau recently completed a refresh on one of her first residential projects in Thailand, accenting 19th-century Burmese furniture with bright silks. In New York, her work on an Upper West Side apartment pairs blues and whites with bold furnishings, such as an ottoman covered in a graphic kilim, plus accessories including a suite of African masks. 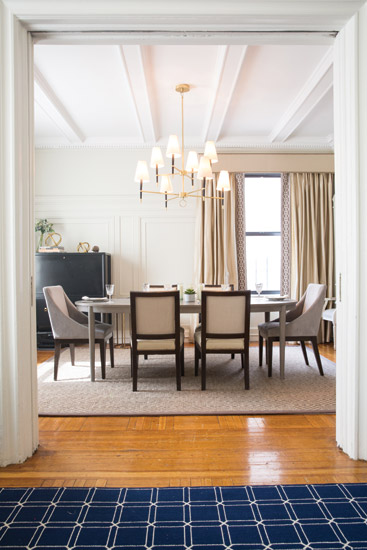 WHEN: Lau began her career in 2005, after she took on an unexpected assignment: designing a resort’s restaurant. “It all came very naturally,” she recalls of the project, which led to residential commissions in Dubai and London, among other cities. In 2009, Lau enrolled at the New York School of Interior Design to enhance her hands-on training, followed by real-life stints with decorators Cullman & Kravis, James Huniford, and Jeff Lincoln. In 2013, she formally established her eponymous firm.

WHY: “Design is about listening to your inner voice and having the courage to follow it,” she says. “I hope to be doing this until I’m 90 years old!”

A version of this article appeared in the September 2015 issue of New York Cottages & Gardens with the headline: Rising Star: Peti Lau.