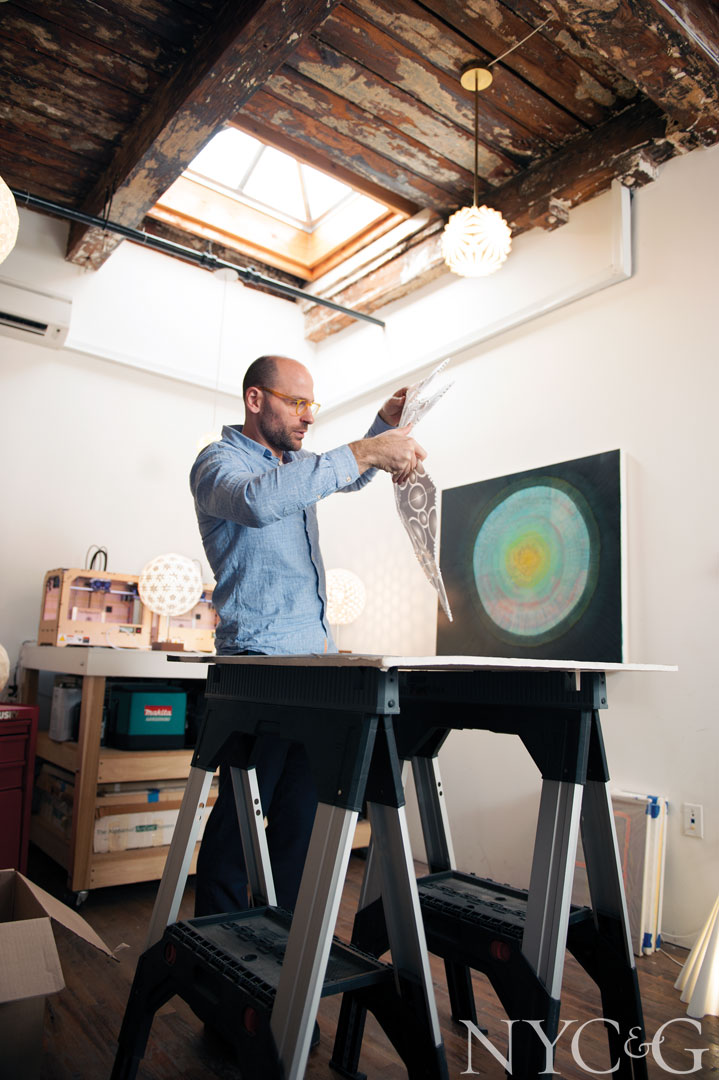 Designer Robert Debbane’s medium of choice isn’t immediately clear to guests who step inside his studio in Clinton Hill. There’s no clay residue on the work desk or wood shavings on the floor. Instead, three small machines resembling 1960s-era televisions are lined up on a table. Debbane switches on one of the contraptions, waits for it to heat up, and then selects a computer file displayed on its narrow screen. In a matter of minutes, puzzle-like plastic pieces begin to appear. “The first time you watch a 3-D printer in action, it’s magical,” says Debbane, a Maryland native who studied painting at Wesleyan University. “You’re seeing something materialize from nothing.”

Debbane was introduced to 3-D printing at New York’s 2011 Maker Faire and purchased his own machines shortly thereafter. “I’m always looking for new mediums to explore because it gives me the opportunity to learn about myself as an artist,” says Debbane, who was intrigued by the prospect of using 3-D printing to experiment with the thickness of a printed material and its affect on light filtration. He now uses the technology to create pendants and table lamps adorned with intricate patterns that come to life when the pieces are lit. 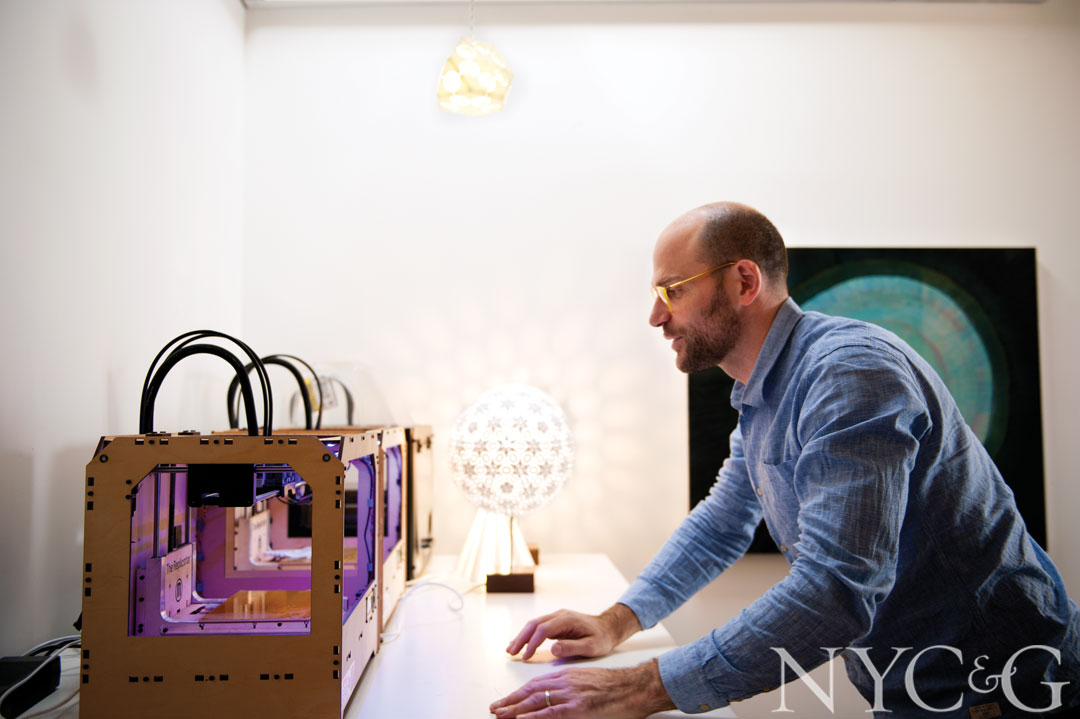 Debbane begins each fixture with a digital sketch. For his Galactica pendant—made up of 176 triangular plastic parts—he starts by drawing a two-dimensional triangle using modeling software, and then overlays an abstract pattern on it. Next, he uses his mouse to create a three-dimensional form by dragging the triangle until it reaches the desired thickness. With the click of another button, he manipulates the depth of the pattern, which results in an irregular surface. “I imagine what the piece will look like when it’s illuminated,” says Debbane. “The thicker sections will appear more opaque, whereas light will shine brighter in the thinner areas.” Last, he adds notched edges to the sketch; these will act as the joints between each triangular component. 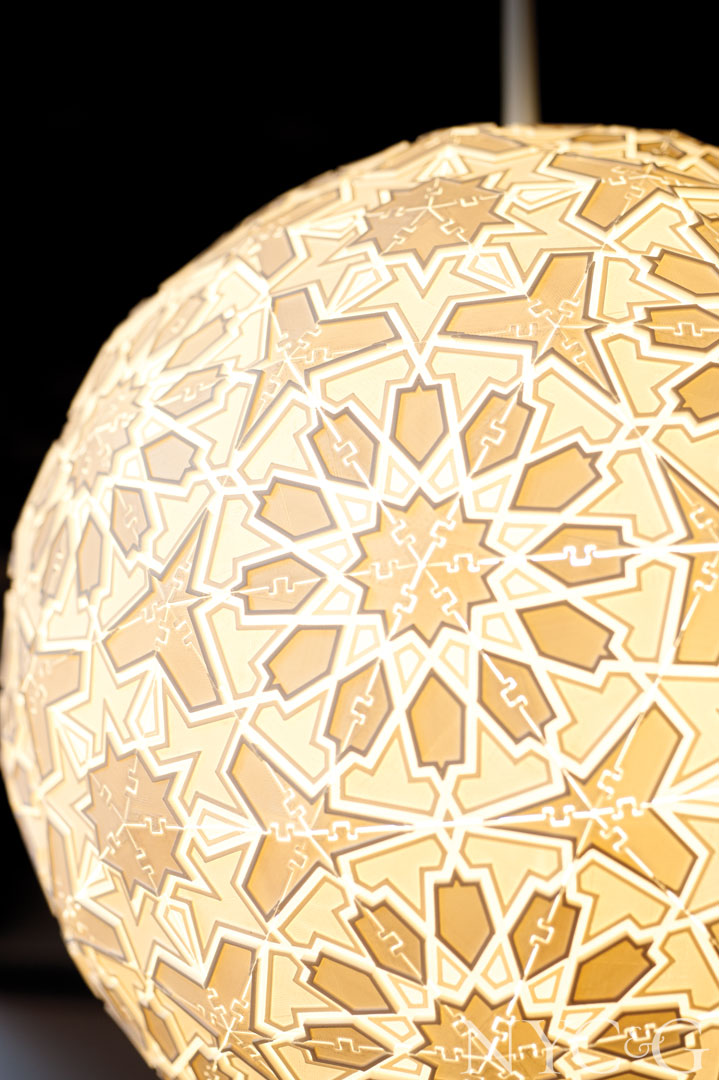 After Debbane completes a design, he saves it on a Sim card, which he inserts into the printer. Twine-shaped ABS engineering plastic—the same material Legos are made of—is fed through the device and heated until it’s malleable, and then all the interlocking pieces are printed, a process that can take anywhere from 20 to 200 hours. To assemble a fixture, Debbane simply snaps all the cooled segments together (nylon lights, produced as one unit, require off-site printing).

“It’s an exciting time for 3-D printing,” says Debbane. “So far, I think I’ve only scratched the surface.”

A version of this article appeared in the April 2016 issue of NYC&G (New York Cottages & Gardens) with the headline: Lighting the Way.