From celebrating foie gras to the Budapest Symphony Orchestra. 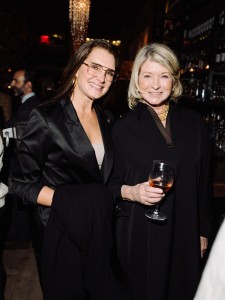 ANTINORI SOIRÉE
When Alessia Antinori, the 26th generation of her Tuscan winemaking family, gives a dinner, you can be assured it will be a star-studded affair. Martha Stewart, Brooke Shields and Christie Brinkley graced the long decorative tables at the kick-off to a four-day Antinori pop-up at Tutto il Giorno in Tribecca. 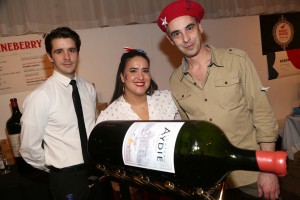 HERE’S TO 35 YEARS FOR ARIANE DAGUIN’S D’ARTAGNAN
For those of us who love foie gras, D’Artagnan is the leading purveyor in this country supplied the top restaurants and homes. Ariane Daguin grew up on foie and all the delicious duck and other meats that are D’Artagnan’s specialties– young rabbit, wild boar, Magret Duck, Coturnix Quail and foie gras and more foie gras.

Daguin’s theme for this 35-year celebration event was “Revolutionary Food” and guests came garbed in American revolutionary costumes. Daguin herself was dressed as the Statute of Liberty. The night was a bacchanalian fete with wines from all over France. 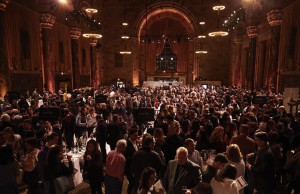 GRANDS CRU BORDEAUX COMES TO TOWN
When the Unions des Grands Crus Bordeaux comes to town, it’s quite an embarrassment of riches. This year Sotheby’s Wine sponsored the event at the grand high-ceiling room at Cipriani’s 42 Street location. Guests were greeted with flutes of Charles Heidsieck Champagne and then proceeded to ricochet from table to table set up like a map of Bordeaux wine regions. 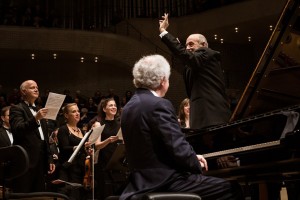 STANDING OVATIONS FOR THE BUDAPEST SYMPHONY ORCHESTRA
The audience at Lincoln Center was in thrall at Maestro Ivan Fischer conducting an all-Dvořák program. Handsome French violinist Renaud Capucon, who appears with leading orchestras throughout the world, performed as a soloist in Violin Concerto in A minor with the 80+ members of the Budapest Festival Orchestra. The concerto brought on thunderous applause and Capucon returned with an encore– a moving solo piece–to reward the audience.

Following the concert, The Friends of the Budapest Festival Orchestra dined at the gala with Ivan Fischer and members of the orchestra. Many bold names– among them Ellen Burstyn, Daisy Soros, Steven Van Zandt, Mary McFadden, Ambassador Nancy Brinker, Susan Gutfreund, and Sylvia Hemingway—support and follow Fischer over the years. Many of the guests had links to Budapest and two were involved in Hungarian wine companies. Next year they promised to serve Tokaji. 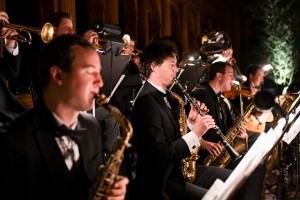 LIBRARY LIONS
One of the “must attend” benefits of the social season, the annual Library Lions at the New York Public Library, was held in the Stephen A. Schwarzman Building on Fifth Avenue. Every year new Lions are honored. This year’s roster not only included authors but people from film, music and history: poet Elizabeth Alexander, composer Philip Glass, writer Jamaica Kincaid, historian Jill Lepore, and filmmaker Frederick Wiseman. 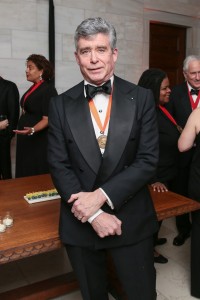 The cocktail hour proved to be lively with many Library Lions from previous years attending prominently wearing their gold medals attached to a red ribbon. I spoke with Jay McInerney whose ribbon was a bit discolored and frayed. “I was inducted long ago, in 1988,” he said. “the same year as Hunter S. Thompson.” 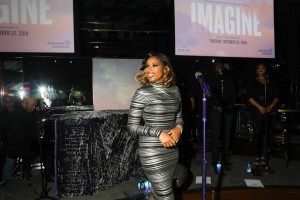 The Rita Hayworth Gala, Alzheimer’s Association Fall Benefit, had two parts starting with an intimate Champions Dinner with a performance by Eugenia Zukerman playing Debussy’s Syrinx on the flute. Zuckerman spoke of her journey living with Alzheimer’s and read a passage from her forthcoming memoir Like Falling Through a Cloud. This was followed by a party for 300 people with the private concert. Before Jennifer Hudson took the stage, actress Ashley Williams gave an anguished speech on her mother’s death from Alzheimer’s and how the disease had affected her and her family. 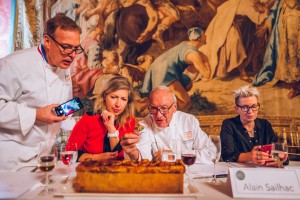 Pâté en Croûte Culinary Competition
One of my favorite gastronomic events is all about charcuterie—not just any charcuterie but one in its most artistic forms: charcuterie wrapped in ornate pastry. France has a long tradition of pâté en croute and a worldwide competition for the best version is held yearly to preserve the heritage of this classic dish.

The fourth annual North American pâté en croûte competition, held at the French Consulate’s ornate ballroom on Fifth Avenue on the Park, brought together top chefs and judges to consume some 16 versions of this spectacular dish. The venerable judges among them Ariane Daguin, Jacques Torres, Sara Mouton and Elizabeth Falkner, sat along a long table against the backdrop of an important tapestry and for hours judged a parade of pâtés presented to them in 10 minutes intervals. 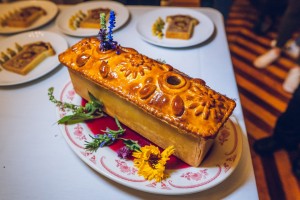 Competing chefs came from NY, NJ, Texas, Pennsylvania and Washington as well as Quebec and Montreal in Canada. They all have different versions of pâté en croute made from veal, pork, game, rabbit and all mixes with morels and pistachios.

The winner was chef Christian Welch from Kingbird at The Watergate Hotel in Washington. Chef Laetitia Rouabah of Manhattan’s Benoit took second place and third went to chef Pierre Calmels of Bibou BYOB in Philadelphia. 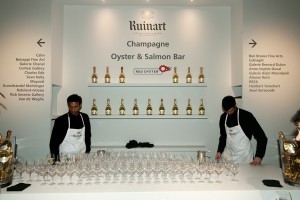 TEFAF AT THE ARMORY
TEFAF at the Park Avenue Armory kicked off it fall show with its “Opening Night” benefit given by The Society for Memorial Sloan Kettering (MSK). With art from 90 international art galleries and dealerships, the show featured antiques, decorative art and jewelry from antiquity up until the 20th century. More than 2,000 guests attended the gala preview.

The guest list was the gold standard of New York philanthropy among them Aerin Lauder Zinterhofer, Leonard and Judy Lauder, Earle and Carol Mack, Gillian Hearst, and Lizzie and Jonathan Tisch. The event benefits The Society’s patient care, research, and education programs.