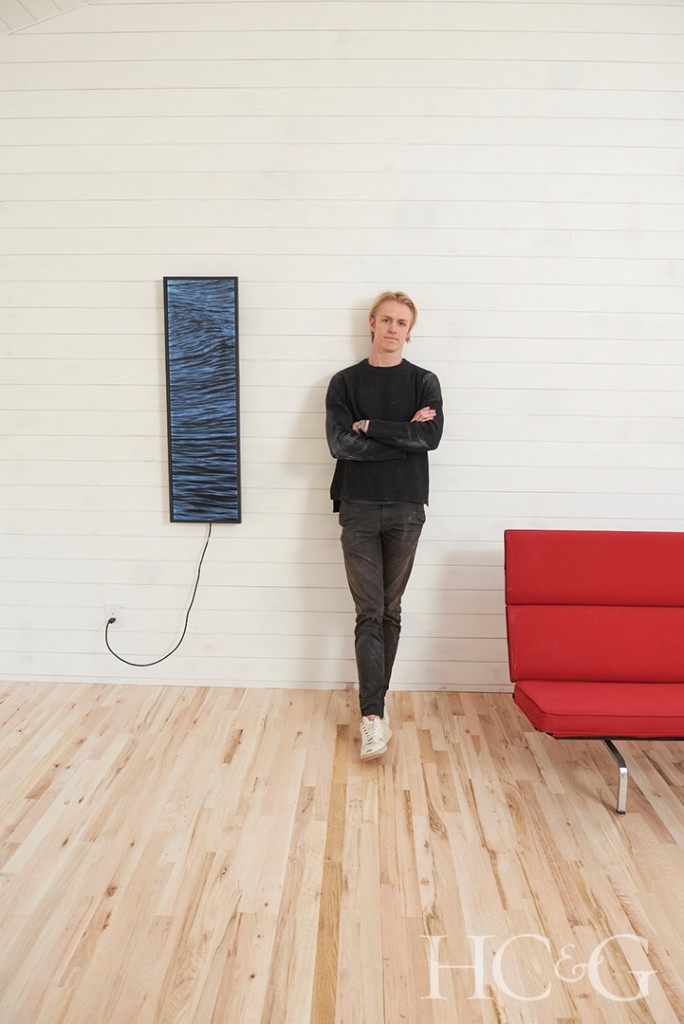 Armed with a cinema camera and grip gear, as well as a drone operated from his cellphone, Sag Harbor-based digital artist Harris Allen wades into the chilly waters of Great Peconic Bay to document its “golden hour” waves. “It’s easy to see the stark contrast that illuminates the water during this time,” says Allen, whose digital “window sculptures” evoke a sense of natural movement and infinite expression.

Allen grew up in Illinois, and became fascinated with water while learning how to sail at summer camp on Indiana’s Lake Maxinkuckee. More than a digital artist, Allen is still an avid sailor today. He races Beetle Cats at Breakwater Yacht Club on Wednesdays and at Georgica Association on weekends. “I’ve always been drawn to the water surrounding the North and South forks, the distinct nuances of the flow and texture,” he says. “When you cross Long Island Sound by ferry, you get a unique, four-story-high perspective of the water, which I try to re-create in my work.” 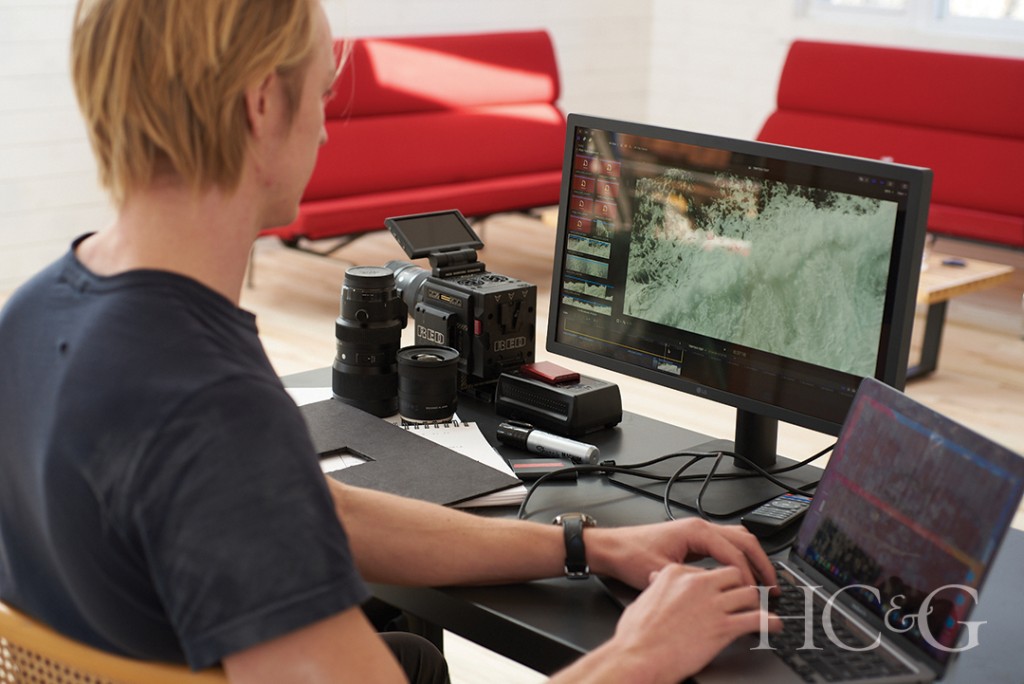 In his studio, Allen edits, frames, trims, and crops terabytes of footage using Final Cut Pro software. “As a kid,” he recounts, “I learned how to edit on an early version of iMovie. I would shoot and edit a video every day to develop my skills.”

Allen also uses a cardboard “mask” while he edits, which he holds up to the monitor’s screen to assess the acutely different variations and possibilities of flow and movement for his window sculptures. 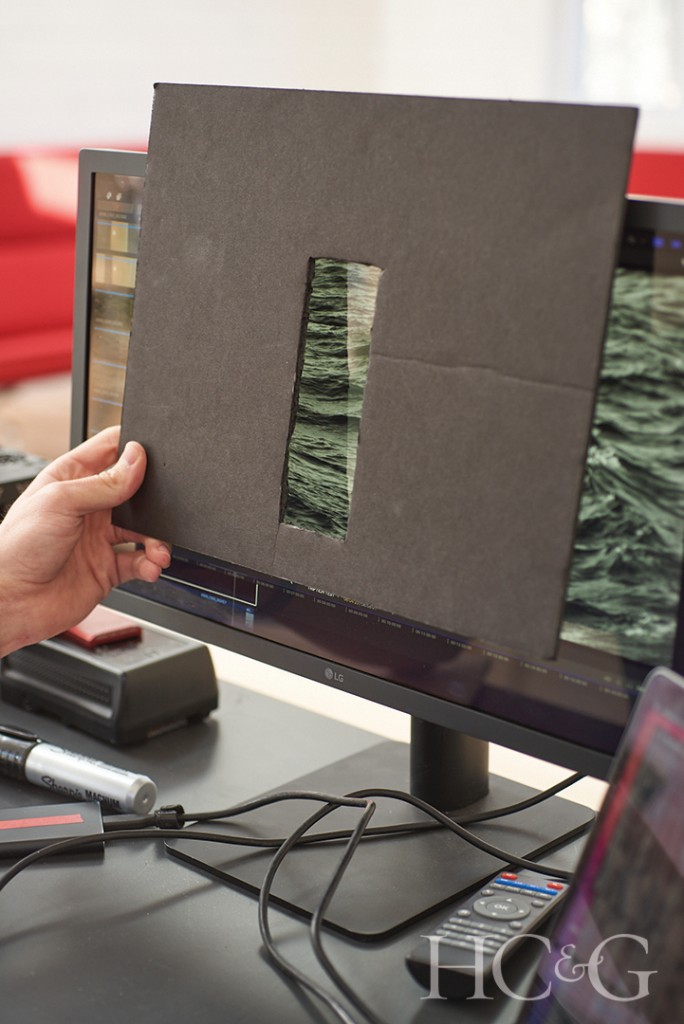 “One of the biggest barriers to digital art, especially when you’re trying to depict nature, is that it’s digital,” Allen says. “I want the feeling of the water to shine through first and foremost. That’s why the verticality of each window is important: It conveys a glimpse of the natural world in a sculptural way.” The digital artist even takes the “frame rate” of the water’s movement into consideration, so that the biophilic result is “peripherally calming.”

Allen’s aluminum-framed window sculptures are designed for easy “plug in and play” installation, with a small computer mounted to the back for hard-drive storage. With the water as his muse, he sees no end to his artistic reach. “I like to explore people’s relationships with the water,” he says, “capturing the uniqueness of a location that they might not have the privilege of seeing every day.” 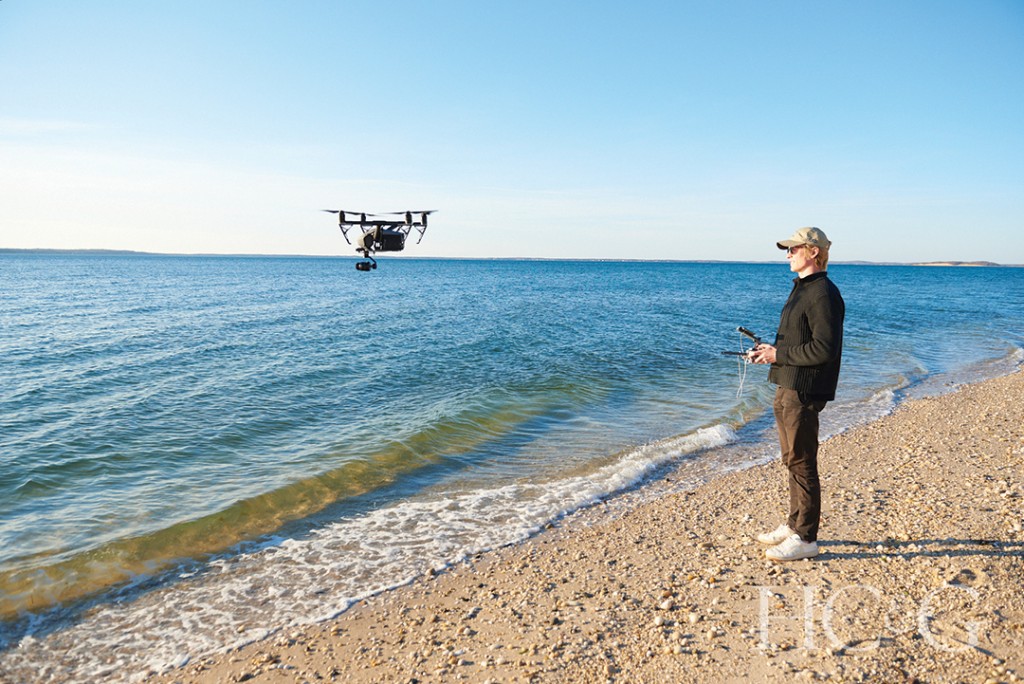 The print version of this article appears with the headline: Water World.
Subscribe to C&G