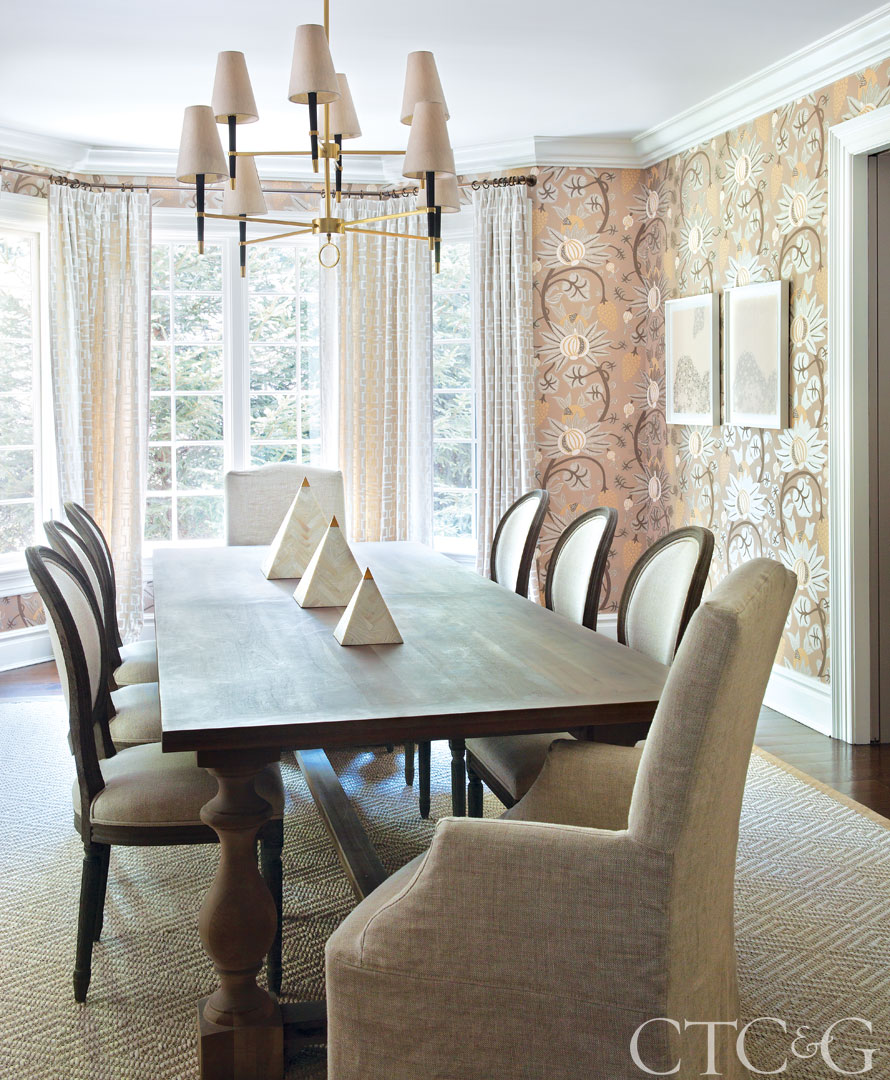 Fairfield County does not lack a supply of interior design talent, and sometimes it takes a few professionals to get a job done. Such is the case of a Greenwich couple’s new home that accrued the work of three different decorators over the course of six years. Samantha Knapp took the reins most recently. And under her savvy direction, the contemporary American Tudor found its true voice at the intersection of playful and posh.

Past decorators made worthy contributions, but the constant intensity of the design process did not fit their lifestyle. “I wanted to be able to work on our home and stop when I needed a break,” says the mother of three who manages active family and social schedules. When she was ready to pick the process back up, a friend took her to Tiger Lily’s, an established Greenwich-based interior design shop and studio. That’s where she met Knapp.

Tiger Lily’s is Knapp’s family business. Opened more than 20 years ago by her mother and stepfather, this is where she grew up. It is also where Knapp returned almost 10 years ago when the economic crisis brought her runaway TV journalism career to an unforeseen halt. The luxury design business was also taking a hit, and Knapp, who answered phones and ran errands, pitched in and weathered the storm.

The not-formally-trained decorator acclimated quickly. Exposed to fine decor since early childhood, Knapp had cultivated an understanding of the principles of design through osmosis. By witnessing daily furniture transformations in the workroom, she developed an appreciation for handcrafted work, details and reinvention. And though she never learned how to sew, one of Knapp’s favorite things is creating amazing textile combinations.

Before making any moves in this house, Knapp took stock of the existing furnishings and studied photos of the interiors late into the night. She’d settle in at their kitchen table and observe life. “She got to know my children and developed rooms that reflected their personalities,” says the homeowner. Sensitive to a budget that had already been tapped twice, Knapp proposed a lot of repurposing, re-covering and reshaping what they already owned. By playing musical chairs, applying more bold color, and introducing a curious mix of vintage, she managed to dole out oomph and make the home much more user-friendly and intimate. 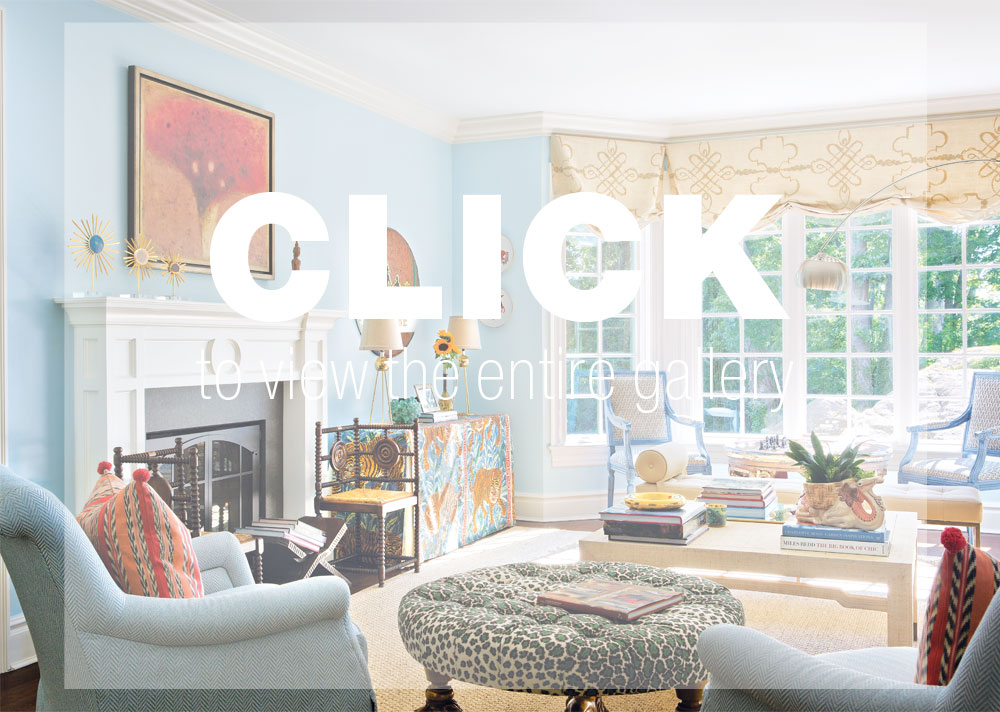 Knapp expressed the family’s affinity for the beach with surf-patterned wallpaper, driftwood-like paneling and liberal splashes of turquoise. She provided surfaces and repositories for the family’s collections, and tweaked drapes to frame windows more confidently. To improve traffic flow in the great room, a bulky sectional was swapped out for a funky sofa and a large farm table with a more appropriately sized round one. The guest room was made to feel like a hip hotel.

The living room was the biggest one-room challenge. Despite the lovely fireplace and glorious view of the front yard’s magical giant rock, it was not a destination. Stealing window treatments from the family room and lounge chairs from a bedroom, Knapp made it cozy. She reworked an old sofa by dramatically notching its silhouette, dressing it in an exotic tiger print, and adding a menagerie of pillows. And while the imposing rope planter imparted fun ’70s flair, nothing shifted the energy in the room more than the handpainted chess table that has become a popular gathering spot for first graders.

It’s pretty obvious that Knapp doesn’t go by the book. More rogue than rote, and with workroom as classroom, she received a unique education that enables her to see things from the inside out and potential beyond the surface. This super power has given her a fortuitous edge.

A version of this article appeared in the February 2017 issue of CTC&G (Connecticut Cottages & Gardens) with the headline: Third Time's A Charm.