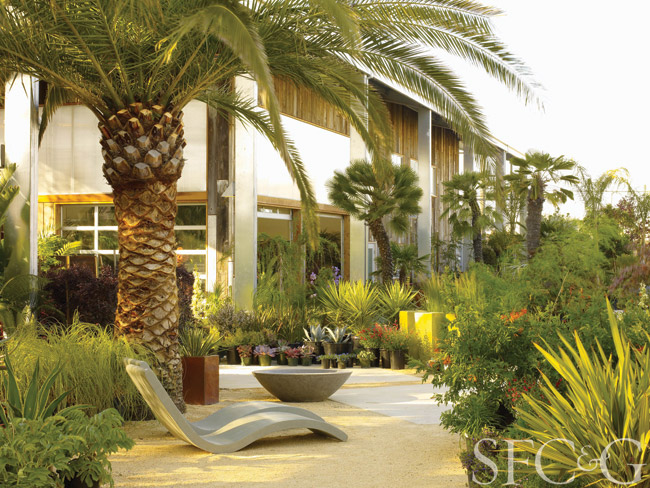 Eight years ago, when Flora Grubb moved her namesake nursery from the Mission to outer Dogpatch/Bayview, the decision elicited some bewilderment. “When we would say, ‘Our new location is at Third and Jerrold,’ people would ask, ‘Is that in San Francisco?’” Grubb recalls. “Dogpatch was still a big secret—not the destination it is now.” How times have changed. With its expansive indoor and outdoor spaces, ample parking and the development of the Third Street Light Rail—along with its sunny and mild climate—the southeastern part of the city has bloomed into an emerging Garden District. 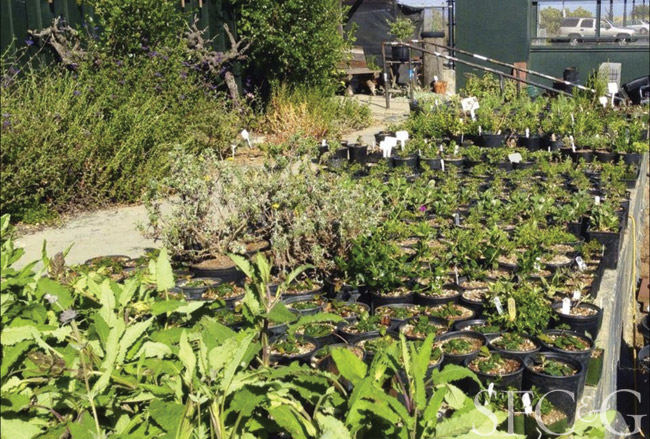 Take landscape design firm Living Green Design, whose previous showroom was in the Design District in Potrero Hill. In late 2013, the practice moved to a warehouse in Bayview. “We added large windows, opened walls, and I finally realized my long-term dream of having a marvelous outdoor component for Living Green,” explains owner Davis Dalbok. The company’s compound also houses other vendors in Le Souk, a marketplace for objects found around the world, including the Richard Gervais Collection, which specializes in Asian primitive, ethnic and folk art.

In the surrounding blocks, proprietors offer a range of plants and products, catering to varying styles and skill levels. Among the neighborhood’s fixtures is Building REsources, which has focused on reusable, recycled and remanufactured building and landscape materials for 20 years, and whose one-and-a-half-acre site features structures and gardens comprised of 100-percent reused elements. Flowercraft Garden Center —with its massive stock of annuals, organic fruit trees, herbs, vines and planting supplies—has been around even longer, dating back to 1974. 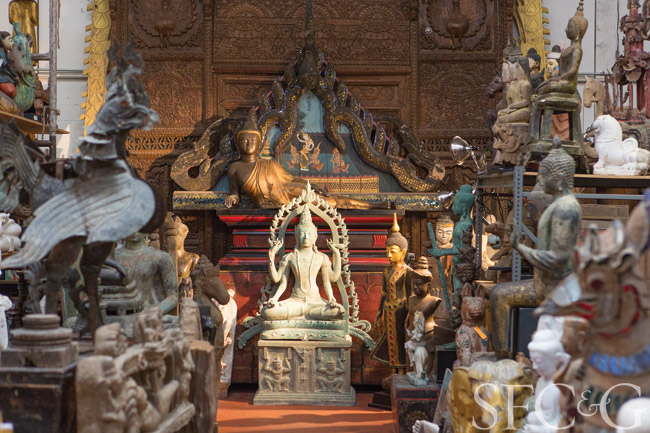 For cultivating inspiration, it’s hard to beat what Annette Smith and Karl Paige have achieved. In 2002, the duo began planting flowers and vegetables on Quesada Avenue. The project evolved into the Quesada Gardens Initiative, which now encompasses public art, gathering spaces and gardens (including some that are food-producing).

Bay Natives, a seller of California native plants, is a relative newcomer to the Garden District. More than 400 species—from shrubs, trees and vines to grasses, ferns and bulbs—are available at the nursery, which opened its retail outpost next to Heron’s Head Park in 2012.

In January, Galanter & Jones, a maker of modern heated outdoor furniture, relocated its workshop to Barneveld Avenue. “It’s important for us to keep our production and manufacturing in San Francisco, and the new space is bigger and allows us to do that,” says Miranda Jones, who runs the design and fabrication studio with her brother, Aaron. 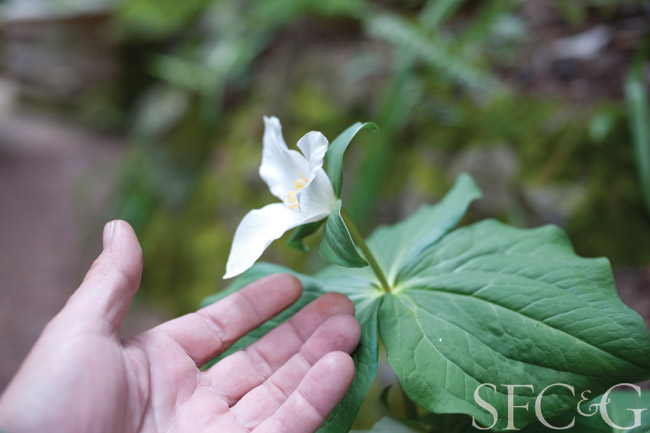 According to those who have established themselves here, it’s the more the merrier. “Being so close to one another is a great thing, because we can create a community,” says Brandon Pruett, Living Green’s garden designer. He likens it to the Design District, where designers and architects can “hop from showroom to showroom.” Here, professional and hobbyist gardeners can explore the Garden District’s ever-growing offerings. Grubb echoes the sentiment: “People want a richer palette to design with, and the more small businesses that offer their design visions, the better for us, our customers and the Bay Area.” 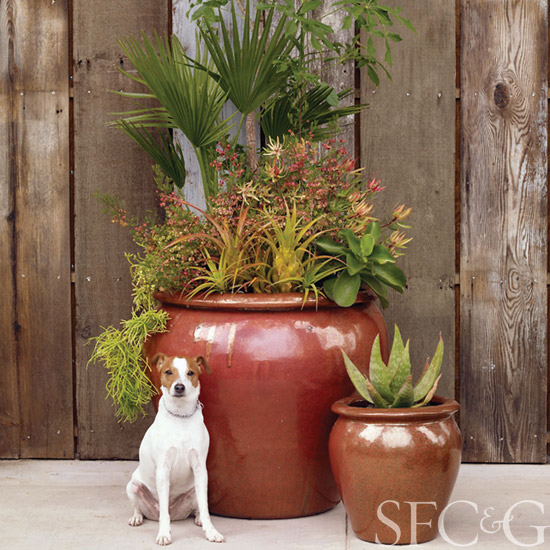 A GUIDE TO THE GARDEN DISTRICT

A version of this article appeared in the April/May 2015 issue of San Francisco Cottages & Gardens with the headline: The Urban Jungle.