Set Sail on a Stylish Yacht

A boat transformed by Leslie Littlejohn and Lynn Morgan. 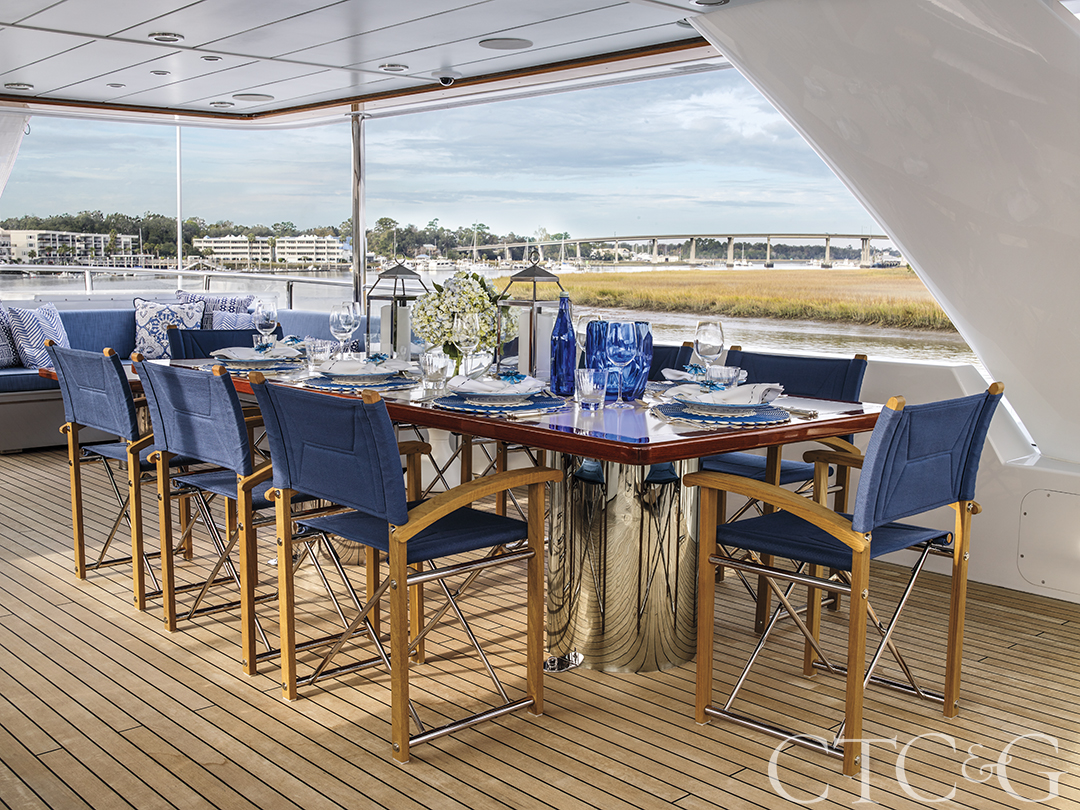 When a couple from Connecticut purchased Calliope, a 150-foot boat built in Turkey and launched in 2014, to fulfill their dream of traveling the world with a crew of 10, the boat didn’t exactly measure up to their vision. Enter designers Leslie Littlejohn and Lynn Morgan, of Lynn Morgan Design. “It was modern, but looked like a cheap version of Ikea,” says Littlejohn, who collaborated, along with architect Louise Brooks, with Morgan on the retrofit of the boat. Adds Morgan, “The inside was full of South Beach bright yellows and coastal charts—not the level of sophistication the clients were accustomed to.”

Underneath its electric-yellow wrapping and Astroturf deck, however, Calliope had good bones—dark millwork, white floors, huge windows and fabulous light. And the design team was able to envision what she could be (this was the third boat they’d collaborated on after all). “We wanted classic with some contemporary touches,” says the boat owner. “I wanted it to be serene and soothing. We were going to be traveling around the world on her, and I wanted colors that worked with the outside.” Notes Morgan: “There are so many ways to approach a boat. People think of navies and cobalts and rah-rah American flag, which I would do in a heartbeat and I love, but this is an international boat, so it has more of a European flavor.” 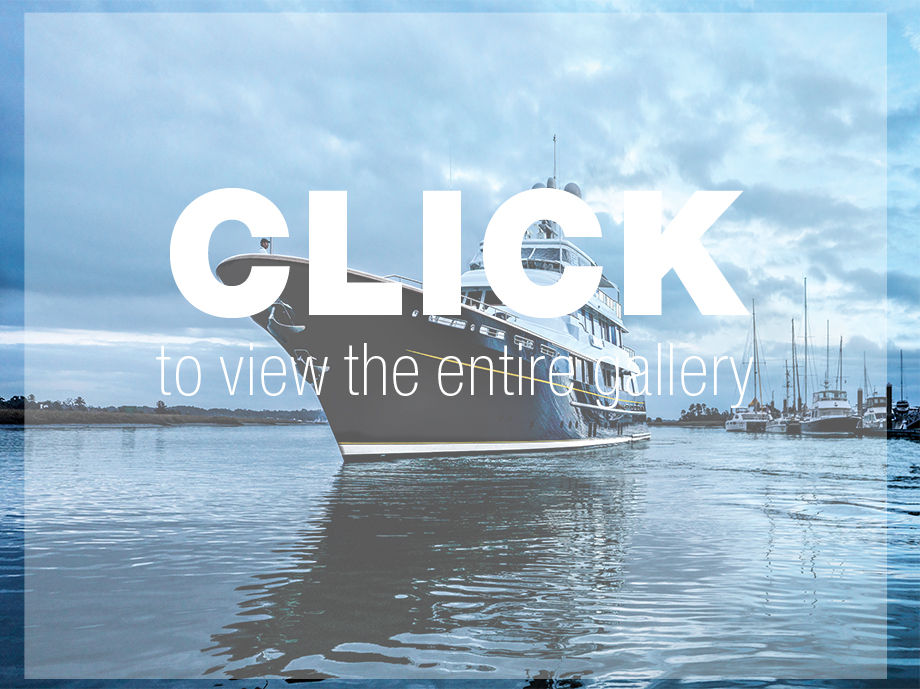 With the wood paneling staying, the designers lightened it up with Knoll’s grasscloth in a steel gray and brought in pale blues, creams, and grays with touches of green. “We were trying to contrast with the dark paneling and make the white floors and woodwork shine,” says Morgan. “Beautiful steel, nickel and chrome—metals that are always going to be part of the boat—we worked around that.” In the living room, the brown carpet was ripped out and replaced with the Rug Company’s Oceanic rug, a piece Littlejohn spotted in Miami. A Holly Hunt oak coffee table rounds out the seating area, where icy blues and creamy whites don’t compete with the views from the massive windows. “We brought in blues, but it was more about chambrays and sea colors,” says Morgan. Modern pieces punctuate spaces throughout: an enamel chandelier and art by Corey Mason in the dining room; Liaigre bar stools in the breakfast nook; and a Liaigre sconce in the office.

The staterooms (three plus a master suite) were dictated by the design team’s vision of quiet, classic luxury: white Frette linens with cashmere throws at the end of each bed. “The previous owners had a lot of hideous maps, so we removed those and added textured paneling behind the headboards,” says Littlejohn. In the master bedroom, a silver vinyl textured wallcovering from Knoll sits behind the bed. Pale grays and lavenders tone down the dark wood and add subtle pop. Brooks, who is also a partner in Greenwich-based Oomph and longtime collaborator with Lynn Morgan Design, designed the side tables for all the staterooms. “We wanted to downplay the wood finishes, and Oomph specializes in lacquer,” notes Brooks. “All the lacquered pieces were done in the same custom light blue gray. There are three different styles, but all have the same spirit: clean, transitional and not too sleek, but not too fussy. Modern but not severe.”

“The clients really live on this boat,” says Morgan. “It had to be about easy entertaining and no fuss—keeping it fresh with materials that are going to wear well.” Adds Littlejohn, “There are no kitschy elements, nothing shocking. It’s simple and soothing and makes you comfortable. It’s all about the sea.”

A version of this article appeared in the June 2019 issue of CTC&G (Connecticut Cottages & Gardens) with the headline: Smooth Sailing.