Gin, or vodka just as often, makes for a superior martini.

Classic Martini Recipe Ingredients: 1⁄2 ounce dry vermouth and 3 ounces gin or vodka Instructions: 1. Pour over ice in a mixing glass and stir vigorously. 2. Strain into a chilled martini glass. 3. Garnish with a lemon twist or olive.

We’ve been through so much—all of us, everywhere—over the last few years, we all deserve a stiff drink. We deserve a martini, the most timeless stiff drink. Though it’s been around since the 19th century, the martini has gotten stronger over the years. The original formula of a 1-to-1 ratio of gin to vermouth gave way to the vogue for dry martinis, with just a rinse of vermouth (or a few drops of olive brine for dirty martini lovers).

The martini’s origin story has long been in dispute. Some say it was invented in the town of Martinez during the California Gold Rush. Others credit bartender Martini Arma di Taggia who plied his trade at New York’s Knickerbocker Hotel, where John D. Rockefeller is said to have named the drink in the bartender’s honor after tasting the new concoction. Others say the cocktail took its name from Italian vermouth brand Martini & Rossi.

Whatever story you prefer, an elevated base spirit—gin or, just as often, vodka these days—makes for a superior martini. Let’s start with a few remarkable new gins from the far corners of the globe. 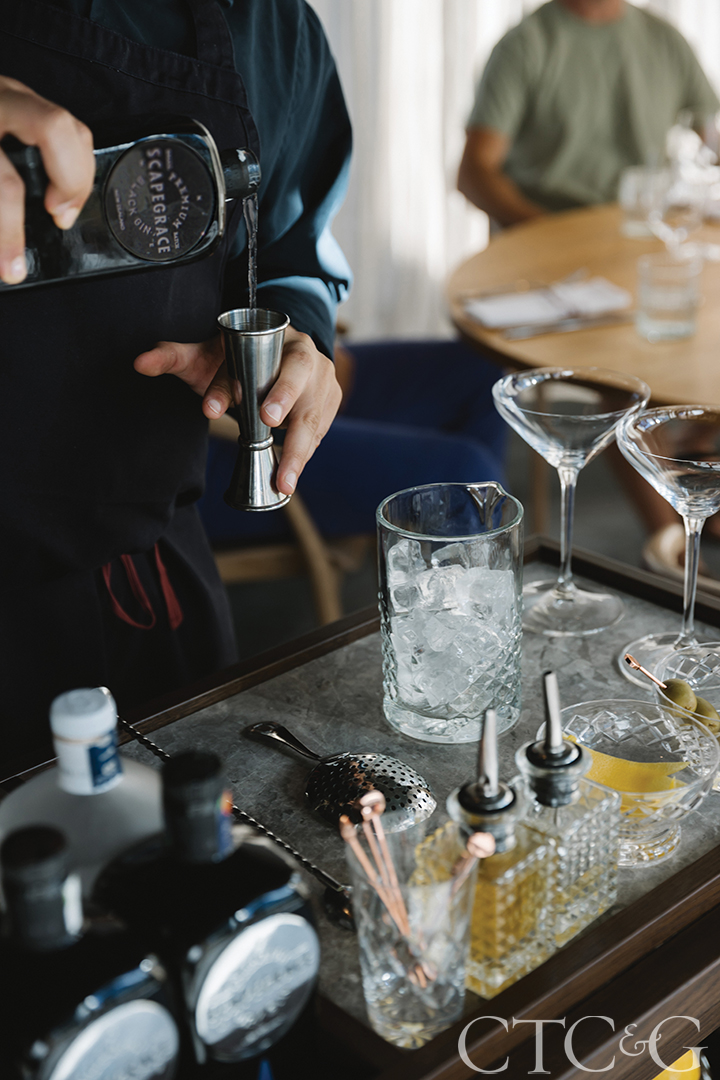 Scapegrace Black Gin ($40) from New Zealand makes for a delicious and visually arresting martini. It starts out jet black in the bottle before turning lavender when adding mixers or ice. The chameleon agent behind its seductive color change is the butterfly pea flower, a holy flower in India. This gin was created by three friends from Auckland (two are brothers-in-law), as a sequel to their award-winning gold-hued gin. It adds notes of tropical fruit, pepper, grass and mint to a classic martini. 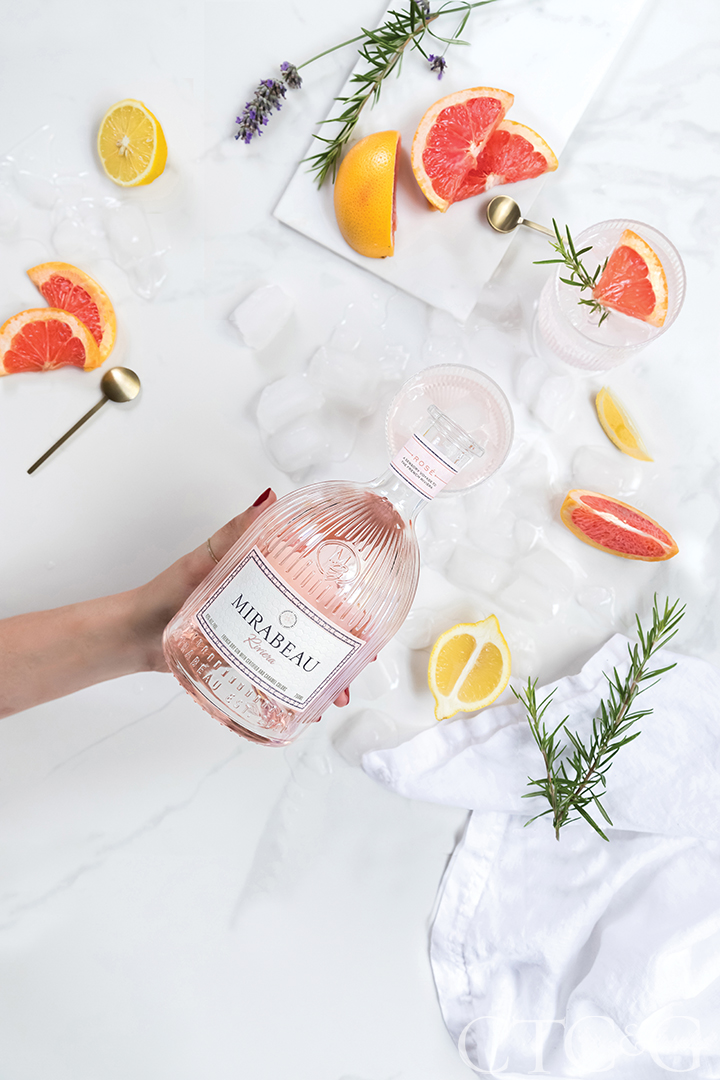 Mirabeau Riviera Gin ($40), another enticing naturally colorful gin, is made from the same rosé wine grapes as Maison Mirabeau’s bestselling Provence rosé. The winery’s founders produce their gin from the leftover skins of their cinsault and grenache wine grapes. The final product is infused with botanicals from their estate near St. Tropez, adding notes of lemon, lavender, jasmine and thyme. And the gin looks awfully good on the bar in its Belle Epoque perfume-style bottle. 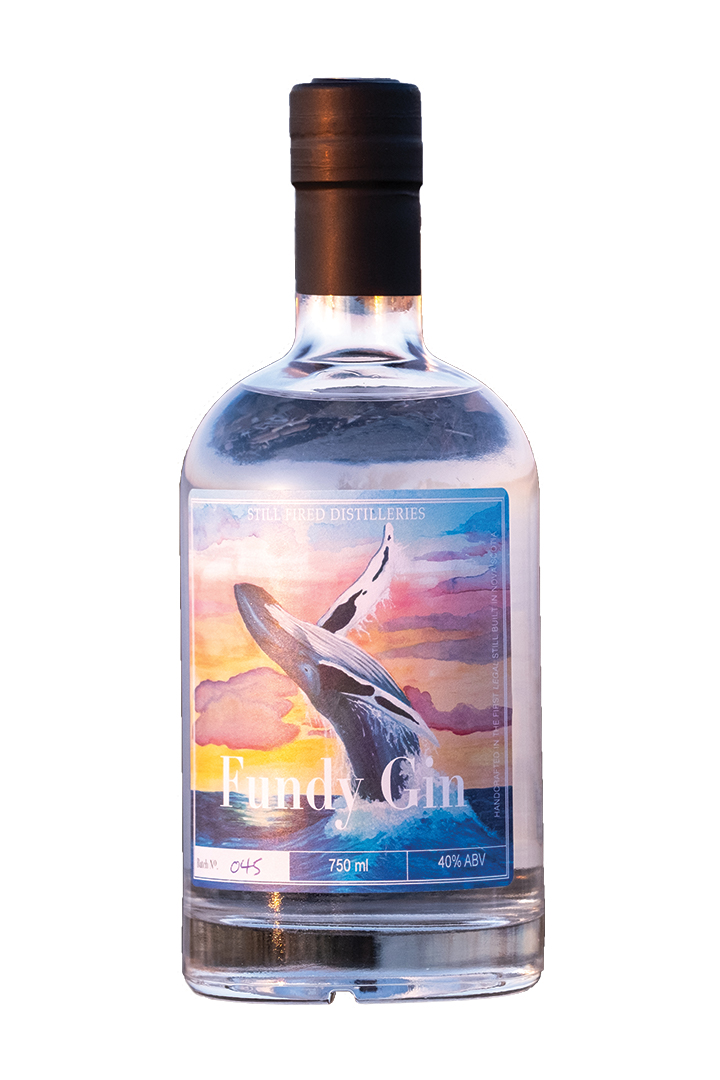 For a savory martini with hints of the sea, try Fundy Gin ($50) from Nova Scotia, which features an artist rendering of a humpback whale on the label. On the palate, it’s bracing like a saline ocean spray, with aromas of seaweed, sea salt and lemongrass with hints of pepper and pine. Founded by commercial divers, Fundy Gin uses local botanicals including sun-dried dulse (seaweed) and is distilled in Nova Scotia’s first legal still.

Vodka came later to the martini than gin. Blame its popularity on Sean Connery’s James Bond, who famously preferred his vodka martinis “shaken not stirred.” Kangaroo was the original name for a martini made with vodka. The first mention in print of using vodka instead of gin is in David Embury’s 1948 cocktail guide, The Fine Art of Mixing Drinks.

While vodka martinis lack gin’s complex botanicals, a unique vodka will certainly spruce up the drink. Broken Shed Vodka ($30), also from New Zealand, is made from the country’s 15,000-year-old mineral rich glacial water and whey protein (a by-product of cheese production). It’s a clean, crisp vodka with a distinct mouth-filling texture.

White rice, another unusual vodka component, is the distillate in Haku Vodka ($28) from Japanese spirits giant Suntory. Filtered through bamboo charcoal, the vodka has lovely floral aromas and a subtly sweet flavor. Clear, clean Haku, if kept in the freezer, can be poured directly into a Martini glass (no shaking required). All you need is a lemon twist. 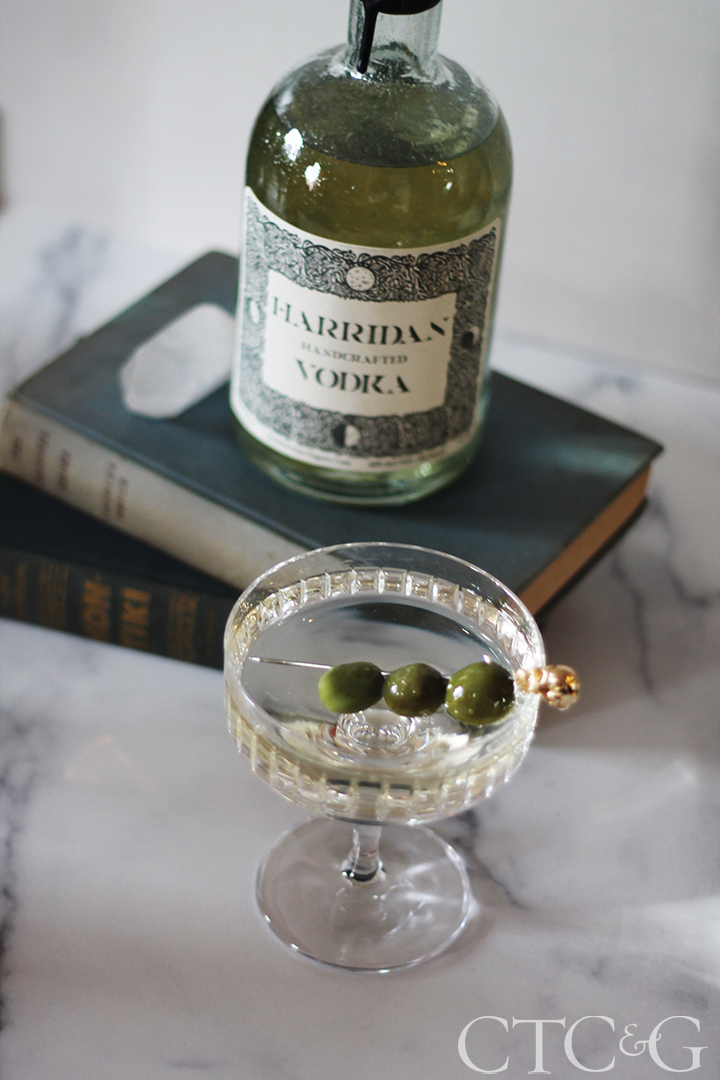 My last new vodka discovery is Harridan ($60) from upstate New York, among the strongest new vodkas on the market at 88-proof. This potent gluten-free vodka—its name refers to a belligerent old woman—is produced from organic corn by fifth-generation farmers and owned by Bridgette Taylor. She no doubt makes a very mean martini.

This article appears in the March 2022 issue of CTC&G (Connecticut Cottages & Gardens).

A Few Words With Graeme Black Ahead of His Latest Exhibition