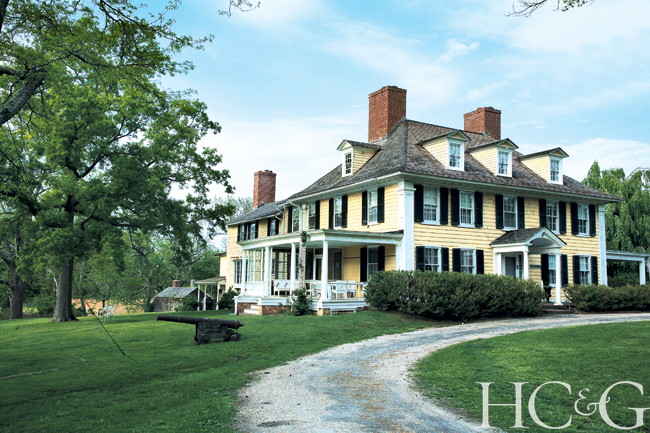 A pair of massive stone pillars sits at the foot of a winding unpaved drive in the center of Shelter Island, its length typical of grand country properties. Rambling past bleating sheep, farm fields, and woodlands, the road gently levels out and rounds a bend, revealing Sylvester Manor, an early Georgian house clad in cheery bright yellow clapboard and black shutters.

Nothing remains of the original 1652 manor home that belonged to Nathaniel Sylvester, his wife, Grizzell, and their 11 children, although Grizzell’s boxwoods, the cuttings of which were brought from England, still tower over the gardens. The pretty house that stands here now dates from 1737, when Nathaniel’s grandson, Brinley Sylvester, leveled the original structure to create a gentleman’s farm with a new home—the oldest extant Georgian on the East End, according to Maura Doyle, Sylvester Manor’s historic preservation coordinator. The front parlor’s original paneling has received only two coats of paint: Prussian Blue, applied in 1737, and a modest biscuit color, added in 1842. 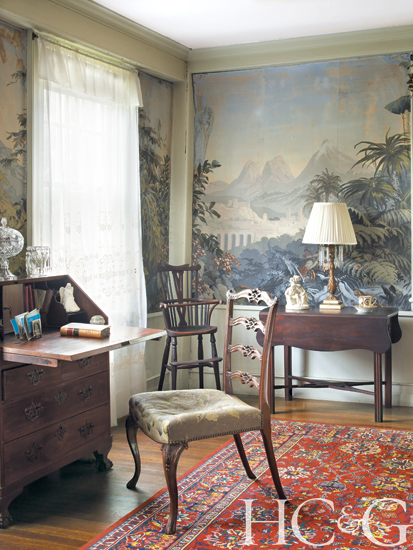 When he purchased the 8,000-acre Shelter Island in 1651, little did Nathaniel Sylvester know that his family would continue to live here for the next 11 generations. His descendant Eben Fiske Ostby, his descendant and currently the 14th lord of the manor, frequently visited his Uncle Andrew Fiske, his Aunt Alice and her two daughters from a previous marriage while he was growing up. “As a kid, I was always a bit cowed by the place,” he says, though he loved exploring the vast grounds. “There are these nooks and crannies—the little bridge over the water gate, the Quaker meeting grounds. You bump into interesting things everywhere.”

A Bay Area resident–he is Director of Technical Artists at Pixar–Otsby knew that maintaining a home of this sort on the other side of the country would be impossible. When his Aunt Alice died, in 2006, Ostby approached his nephew, Bennett Konesni, with the proposition of Konesni’s taking ownership. Konesni, then 25 and a musician and visual artist, found the prospect daunting as well. Both men were fearful that the manor would fall into the hands of developers.

The pair resolved “to find a way to preserve it,” says Ostby, who sought the advice of the Peconic Land Trust—an organization that seeks to protect Long Island’s open spaces by buying land and development rights. Their efforts culminated in the nonprofit Sylvester Manor Educational Farm, a community supported agricultural farm, or CSA, which is charged with sustainable cultivation and preservation of the homestead’s land and also maintains a popular farm stand, opened in 2011. “We’re preserving a lifestyle, one that has land, food, and community at its center,” Konesni says. The next step, made official just a few weeks ago: Ostby has legally donated and deeded most of Sylvester Manor’s remaining property—totaling around 225 acres—to the farm, including the manor house, grounds, and outbuildings. 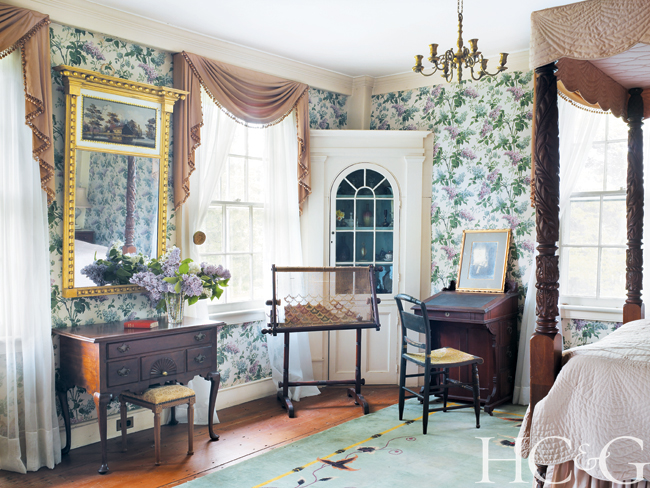 Over the centuries, the property has evolved from a provisioning plantation—the Sylvester family was active in the Barbados sugar trade—to a commercial farm to a summer society showplace. Rich in artifacts, it has drawn interest from scholars, curators, and archaeologists eager to mine its past (the manor has been home not just to the Sylvester family, but to slaves, indentured servants, and Quakers). A boulder close to the main drive carries the inscription “Burying Ground of the Colored People of the Manor since 1651”; slaves worked the land here until 1820, seven years before New York State abolished slavery.

The interiors are a patchwork of tastes and styles from generations past, from Nathaniel Sylvester to Cornelia Horsford, one of the manor’s most powerful owners, to Alice Fiske. Born in 1861, Horsford was the daughter of Phoebe Gardiner and Eben Norton Horsford, a chemistry professor who is credited with inventing baking powder. Although she never married or had children, she created a house that confirmed her place in society, enlisting architect Henry Bacon to build an addition to the existing structure in 1908. 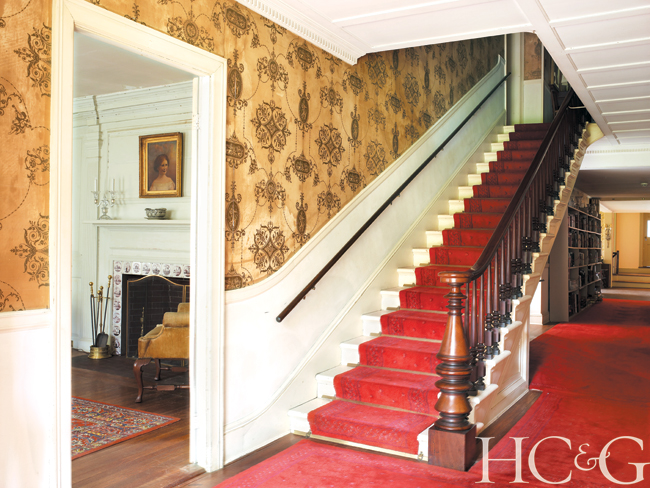 “There is respect for the past embedded throughout the home,” Doyle says, pointing out the Eldorado panoramic wallpaper in the ladies’ parlor from Zuber, the French textile company. Designed in 1848 and printed from 1,554 hand-carved woodblocks and 210 colors, “the pattern is made to this day,” she adds, noting the paper’s curled edges. “There are intense, improbable layers of past eras in every single room. We have an authenticated Nathaniel Dominy V mahogany tea table from the 18th century, vintage 1980s Ethan Allen, and everything in between.” The attic, entered through the “slave staircase” to rooms that once served as sleeping quarters, “is like a crazy curiosity shop,” with artifacts ranging from a whale rib to the finest blue porcelain chamber pots to etchings on the rafters done in the 1830s by a Montauket Indian indentured servant named Isaac Pharoah.

As Sylvester Manor moves into the 21st century and transitions to an educational nonprofit, Konesni is looking forward to its future and adding further layers to its deeply rich history. “We hope to take the best of the past and present,” he says, “and bring community back to the center of Shelter Island.”

A version of this article appeared in the July 15, 2014 issue of Hamptons Cottages & Gardens with the headline: Sylvester Manor

browse more photos from this feature in the full gallery below