Short & Sweet: 10 Weekend Getaways Sure to Banish Those Mid-winter Blues

1. Nayara Springs, Costa Rica
Just opened in December, Nayara Springs is located in the rainforest surrounding the Arenal Volcano and provides guests with tranquility and total immersion in nature. Each of the 16 private villas features a plunge pool fed by mineral springs. The villas have butler service and are steps away from the spa, yoga pavilion, adult pool, piano bar and the Latin American restaurant, Amor-Loco, featuring fresh sushi, grilled fish, and vegetables from the hotel’s organic garden.

2. Hotel Saint-Barth Isle de France, St. Barth
Situated right on Flamands beach (the best beach location of any hotel on the island), Hotel Saint-Barth Isle de France is celebrating the completion of a three-year renovation, which included the addition of La Cabane de l’Isle, a beachside restaurant for feet-in-the-sand dining, and an update on furnishings by Bee Osborn of Osborn Interiors with custom oversized daybeds, Schumacher textiles and clean white spaces with pops of orange or blue. It’s a great escape for a weekend in paradise.

3. Pavillon des Lettres, Paris
Pavillon des Lettres is located in the 8th Arrondissement, steps away from Rue Faubourg Saint Honoré, one of the most fashionable streets in the world. This romantic hotel combines arts, literature and fine design, with each of its 26 rooms devoted to a letter of the alphabet and a literary 'great' corresponding to that letter. Text from the author’s book, poem or play is painted above the bed and a copy can be found on the nightstand. 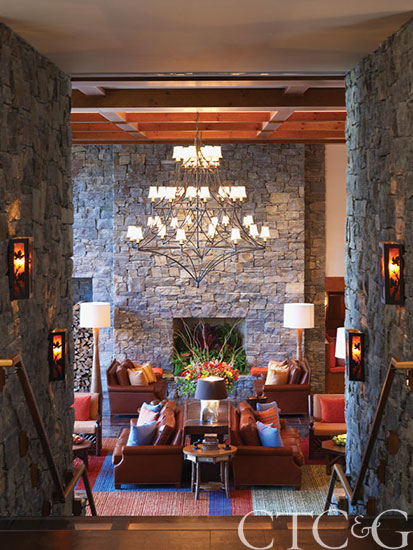 5. Pavillon de la Reine, Paris
Set in a private courtyard, Pavillon de la Reine is the only hotel on the historic Place des Vosges in the fashionable Marais district. Originally built for King Henry IV, the beloved ivy-clad hotel is steps away from the three-Michelin-starred Ambroisie restaurant and is close to such landmarks as the Pompidou, the Picasso Museum and Notre Dame, in addition to the many boutiques and cafés of the Marais.

8. Rittenhouse Hotel, Philadelphia, PA
Steps from Rittenhouse Square, the Rittenhouse Hotel is undergoing a multimillion-dollar revitalization led by designer Alexandra Champalimaud, including a redesign of the lobby and reception, a new Library Bar and five luxury suites with floor-to-ceiling windows. Lacroix at the Rittenhouse, the hotel’s famed restaurant, remains the hardest brunch reservation to come by in the city. Afternoon tea at the Mary Cassatt Tea Room is also a highly regarded tradition.

A version of this article appeared in the February 2014 issue of Connecticut Cottages & Gardens with the headline: Short & Sweet.

This article appears in the February 2014 issue of CTC&G (Connecticut Cottages & Gardens).