Sick of the Same Old Merlot? Get Familiar with Your Local Cab Francs 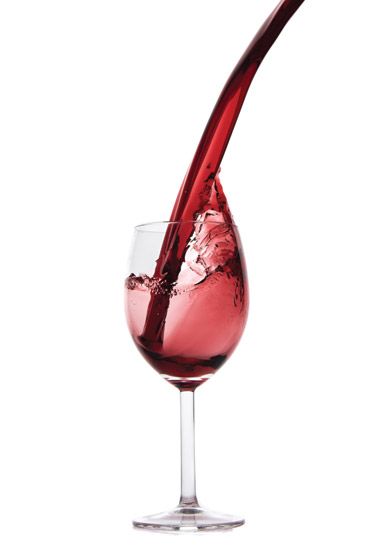 Lesser known than other grapes in our region, Cabernet Franc is popular worldwide and happens to grow very well on Long Island. Closer to a nuanced Pinot Noir than a powerful Cabernet Sauvignon, it just might overtake Merlot as your favorite go-to red.

Bedell’s Cabernet Franc 2013 ($40), made from a blend of grapes from three estate vineyards, is highly aromatic, with floral notes and hints of cherry, raspberry, and savory herbs. “When aging the wine, we don’t use new oak, which can mask the bright fruit flavors,” says winemaker Richard Olsen-Harbich. “Our Cabernet Franc displays a velvety texture, moderate alcohol, and a thirst-quenching acidity.”

Kontokosta’s Cabernet Franc 2012 ($40), vinified from hand-harvested estate grapes and aged in Hungarian oak, has a gorgeous garnet color and sweet and spicy notes. “On the North Fork, grapes can stay on the vine till early November,” says Michael Kontokosta, co-owner and viticulturalist. “We often get a deeper color and riper fruit than some of the Cab Francs in the Loire Valley.”

The Cabernet Franc 2010 ($35) from Macari is seductive and powerful, with a bramble-fruit quality, aromas of raspberry and strawberry, and a touch of rosemary. (It won “best red wine” at last year’s New York Wine & Food Classic.) “Even in cool years, the grape grows beautifully,” says winery co-owner Joseph Macari, Jr.

Raphael’s Cabernet Franc 2013 ($25) has notes of black cherry, licorice, and black olive with a touch of sage, thyme, and oregano. “Cab Franc ripens consistently and stands up to our region’s bitter-cold winters,” says next-generation winemaker Anthony Nappa, who sells his own brand—Bordo Cabernet Franc 2014 ($20)—at his Winemaker Studio in Peconic.

Shinn Estate’s Reserve Cabernet Franc 2012 ($38) has ripe berry flavors and is full-bodied, having spent 20 months in French oak. “Our Cabernet Francs differ from those in Bordeaux and the Loire, which are sometimes more vegetal,” says co-owner David Page. “We get a lot of vintage variation,” adds his wife, Barbara Shinn, who grows the grapes biodynamically. “Lots of sunshine on the North Fork made 2012 a ripe vintage, but cool weather also produces good vintages.”

Wölffer’s Caya 2013 ($40) has soft, silky tannins, a beautiful balance, and great elegance and vibrancy. “What the most famous 1945 vintage was to Bordeaux, 2013 was to Long Island,” says winemaker Roman Roth. “We had such abundant sunshine that everything grew perfectly.”
​