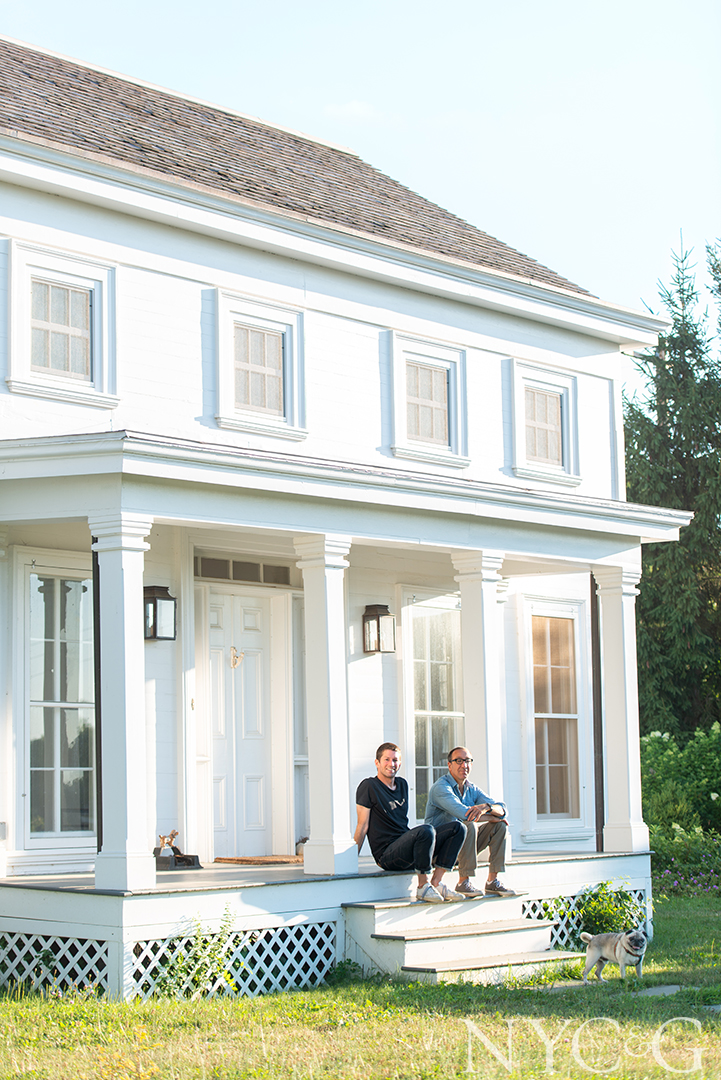 Matthew Malin and Andrew Goetz were ready to dig in. The couple had already dabbled in home ownership—a move-in-ready property in Kinderhook, to be precise—but they wanted something more. Goetz was itching for an architectural challenge (“It was my midlife crisis,” he confesses), and Malin was taking horticultural classes at the New York Botanical Garden, looking to get his hands dirty. So, in 2013, they bought a faded Greek Revival on a sprawling property near Hudson.

Not many weekenders are keen on total makeovers, but not surprisingly, the project came naturally to Malin and Goetz, proprietors of the skincare company that bears their names. Borrowing a term popular from their industry’s vernacular, they set out to apply a “luminescence” to the home’s claustrophobic interiors—windows sealed with Plexiglas, a stained-glass transom, dark lacquered floors, dreadful peach walls. After dismantling the Plexiglas, opening up the “cubbyhole” entry hallway, and installing floor-to-ceiling windows in the kitchen and library, they ushered in the light. Wood floors were sanded down to their natural color, ceiling heights raised, rooms eliminated and consolidated, and bathrooms erased so that everything “feels like a breeze,” Goetz says. Outside, Malin removed invasive Norway maples, as well as deer-ravaged hemlocks and yews that previously added to the ambient gloom. 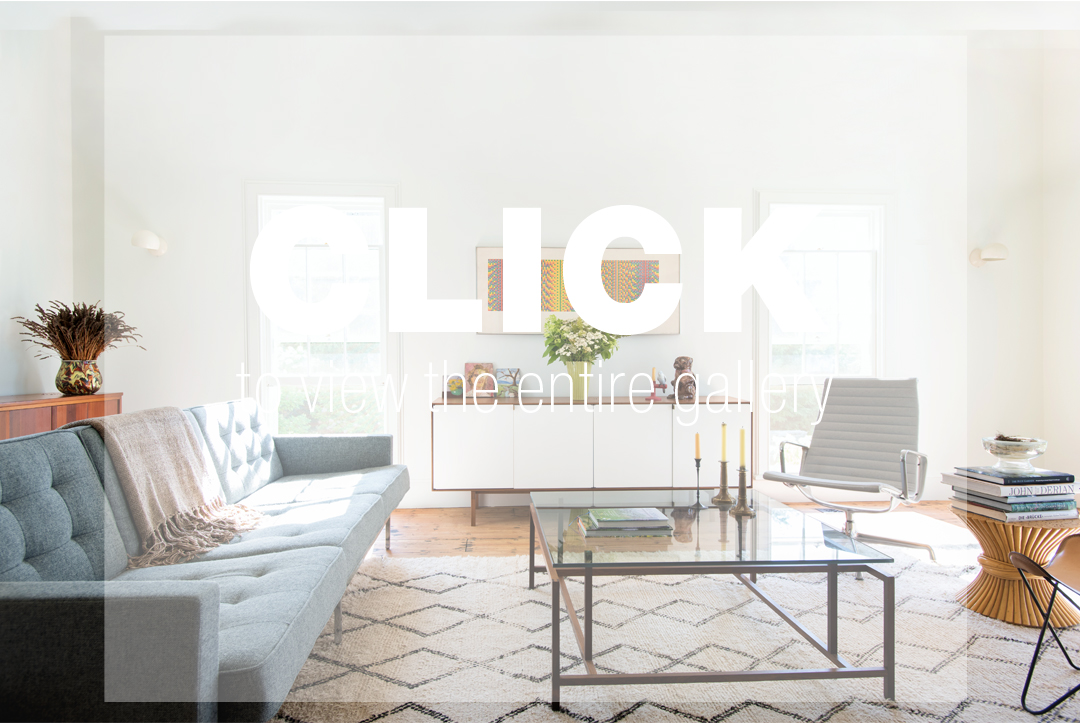 Because the couple “wanted to use all nine-and-a-half acres,” Goetz says, they solicited the help of landscape architect Jamie Purinton, who specializes in naturalistic plantings and knew exactly how to mirror the newly minimalist interiors with the outdoor spaces. Clouds of blowsy perennials soften the landscape, along with herbaceous plantings throughout. Shrub borders of witch hazel and viburnum are layered with groundcovers such as geraniums, Veronica, and violets in lieu of mulch. And self-sowing plants are encouraged wherever possible. A vegetable garden now beckons close to the kitchen, made of raised beds of repurposed bluestone salvaged from a former patio. The upended stones have the added benefit of heating up rapidly in spring to allow for early planting, following lists devised by gardener Pam DeGeyter.

Walking paths, meadows, and destination points called for an open-ended design, and outdoor dining and lounging areas have been added, almost like external wings to the house. Now that Malin and Goetz are living on and interacting with the grounds, their want list has swollen to include a berry garden and an orchard. They have spent so much time communing with the land, in fact, that the scent of plant material is always on their fingertips. Which is why it’s no surprise that they launched a new fragrance called Stem this spring. Call it the essence of the country captured in a bottle. “All the work that goes into a garden ends up on your hands,” Malin says, “and we want to share that feeling.”

A version of this article appeared in the September 2019 issue of NYC&G (New York Cottages & Gardens) with the headline: Magical Makeover.