Today's gin and tonic is not your granddaddy's highball.

The G&T has come a long way since its 19th-century debut as a quinine delivery system for the British Army seeking to ward off malaria across the hot zones of Queen Victoria’s empire. The classic recipe is simple: one part gin to two parts tonic poured over ice cubes in a highball glass garnished with a lime wedge.

But today’s connoisseur faces a flood of new gins and new tonics, and a choice of garnishes from citrus (grapefruit, lemon, lime), bright fruit (strawberry, rhubarb, green apple) to flower and herb (lavender, lemongrass, thyme). The base spirit sets the tone, imparting its particular botanical personality and moving beyond the classic juniper-heavy London Dry style. The small-batch gins here are among the most fascinating to hit the market in recent years. 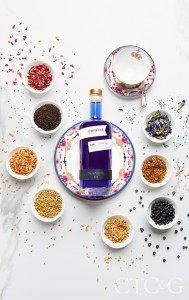 Empress 1908, a colorful gin, is made in the city of Victoria on Vancouver Island. It was created for the city’s venerable Fairmont Empress Hotel by Victoria Distillers, British Columbia’s artisanal distillery. Its eight botanicals include grapefruit peel, ginger root, cinnamon bark, and a secret ingredient—exotic butterfly pea blossom—which gives the gin a deep indigo color that turns to bright lavender, pink or fuchsia when citrus is added. With its warm earthy notes and peppery spice, Empress 1908 works well in a G&T with a grapefruit garnish. empressgin.com. 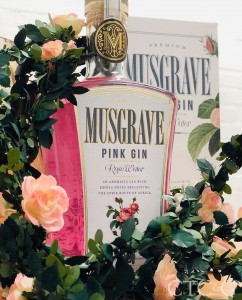 Musgrave Pink Gin from Cape Town, South Africa, is spicy and exotic, and infused with rosewater, which gives it a lovely pink tint. It’s like no gin you’ve tasted before with its dozen botanicals, featuring top notes of cardamom, African ginger and grains of paradise, and a distinctive rose perfume from rosehip and the rosewater infusion. musgravespirits.com. 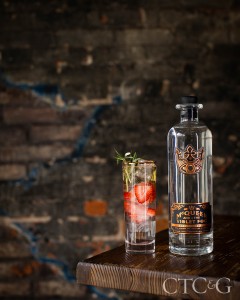 McQueen and the Violet Fog Gin

The exotically named McQueen and the Violet Fog is a handcrafted gin made in small batches in Jundiai, Brazil, 35 miles from Sao Paulo. Distilled with two techniques— maceration and vapor infusion—McQueen merges fruit, forest and apothecary flavors. Its 21 botanicals includes six found in no other gin—basil, rosemary, fennel seed, calamansi, star anise and açaí. Because of its complexity, this gin can handle unusual garnishes like a basil or rosemary sprig and açaí berries. sovereignbrands.com. 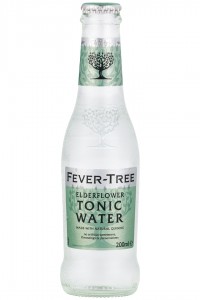