Some of the Hottest Listings in Manhattan on the Market 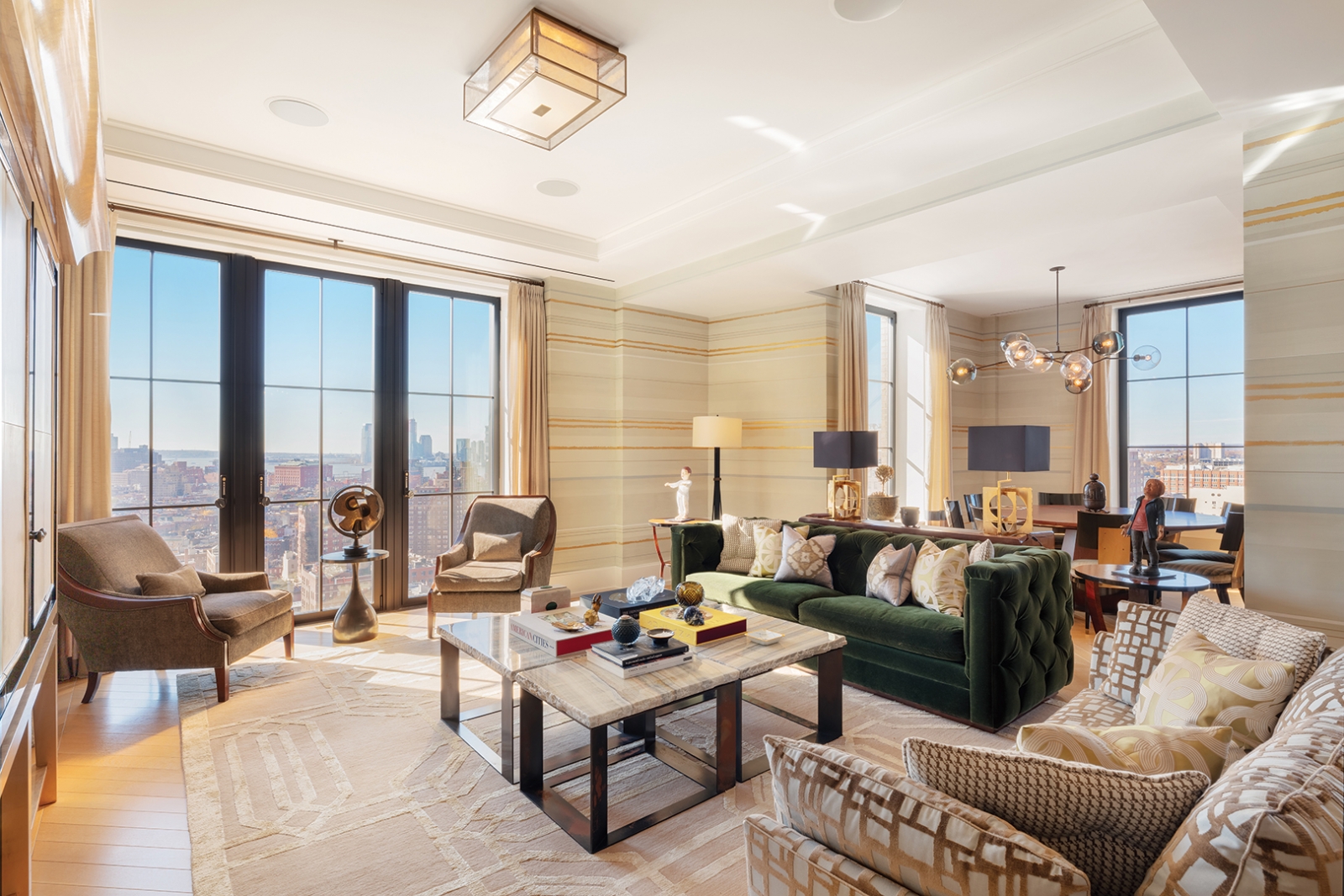 Manhattan real estate sales continue to be sluggish—especially at the top of the market—so the odds are good that if you have at least $20 million to part with, you can snag a prime piece of New York.

Talk about a posh pad: The 4,763-square-foot four-bedroom penthouse at 275 West 10th Street includes two living rooms, a library with a skylit turret, and 1,475-square-feet of outdoor space. The $24.5 million residence, which is being represented by Stribling’s Alexa Lambert and Alison Black, also comes with plenty of enticing building amenities, such as a basketball court and a golf simulator.

A few blocks away, the 3,875-square-foot two-bedroom full-floor penthouse at 130 West 12th Street (a LEED Gold–certified green building by CookFox Architects) was renovated by architect Steven Harris and features a wood-burning fireplace and a wraparound terrace; Compass’s Leonard Steinberg holds the $21.5 million listing.

In Chelsea, a $22 million 3,865-square-foot four-bedroom condo at 212 West 18th Street—where luxuries include a sauna and a roof deck with views of the Empire State Building and the Statue of Liberty—is listed with Vickey Barron, also of Compass. If the high life is what you’re after, the 6,786-square-foot four-bedroom occupying the 63rd floor of the Jean Nouvel–designed 53 West 53 tower offers interior finishes curated by architect Thierry Despont and building perks like an indoor pool. The ask: $46.395 million, through Sabrina Radoncic at Corcoran Sunshine Marketing Group.

The ultimate luxury, however, might very well be having a swanky address entirely to yourself, such as the 9,775-square-foot seven-bedroom townhouse at 248 Central Park West, currently on the market for $21.9 million with Michael Sieger and Lars Klingstedt of Sotheby’s International Realty. The home is tricked out with a marble natatorium, a gym, a theater, and a garden.