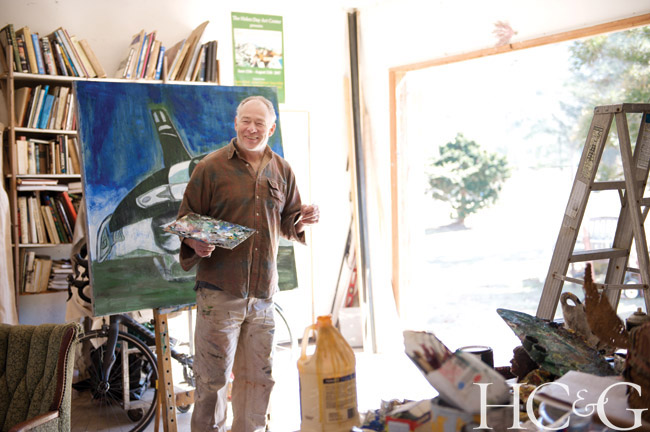 Paton Miller paints what he knows. Familiar scenes, such as the sea and surf, the windmill at the National Golf Links of America in Shinnecock Hills, and even his neighbors’ kitchens often end up depicted in his work. But that doesn’t mean that the Southampton- and Costa Rica–based artist is content to paint literal replicas of originals. For him, the artistry comes through creative interpretation. “I’m not a Xerox machine,” he says, during a recent tour of his Tuckahoe studio. “I just record what I see. The invention happens. That’s the process of making art.” 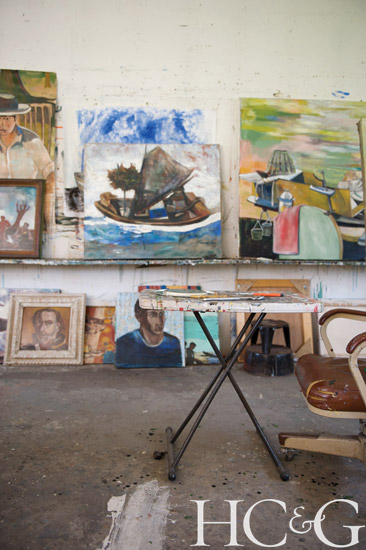 Miller grew up in Hawaii, the son of an airline pilot, and at age 20 decided to travel the world. He landed on the South Fork in 1974, spending his first night in the Hamptons on Flying Point beach with some fellow surfers he had met at the airport. On his second day, a family friend connected him with a house, a job, and an introduction to Southampton College, where he was offered a scholarship and eventually ended up teaching.

“I just took it in stride,” he says, remembering his auspicious start on the East End.

Miller’s work is largely informed by his relationships with his family (wife Nancy and sons Sam and Christian), his world travels, and his many adventures, such as teaching at a leper colony in 1990. “It all goes into a giant cauldron of experiences, my cauldron,” explains the artist, whose work will be exhibited at Gallery Shchukin in Manhattan this fall. “Everything has an effect, but I don’t know how. Being an artist is like playing Whac-A-Mole—you never know what’s going to come up.” 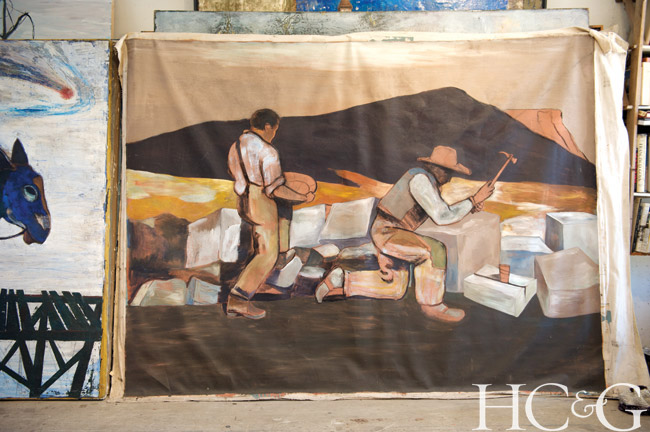 Miller’s experiments in life mirror the various media he employs in his work. When he’s in Southampton, he typically reaches for oil paints. When he travels, he tends to use gouache (an opaque watercolor) and pigments he makes himself with red bauxite. But the basics, he cautions, stay the same. “As technologically advanced as the world has become, I’m still making images with a stick and a carrot at the end of the day.”

A version of this article appeared in the July 1, 2014 issue of Hamptons Cottages & Gardens with the headline: Miller Time.