Spirits of the Season 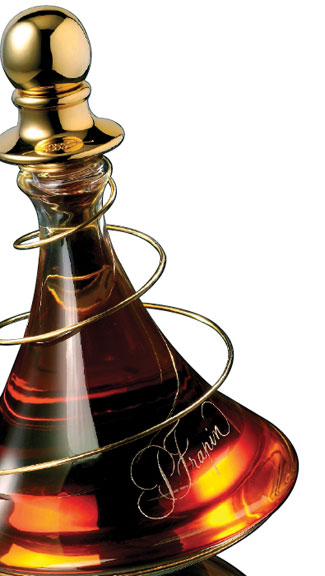 For those seeking exclusivity in their spirits, producers unearth ancient barrels of whisky or cognac and package their finds in high-design bottles and boxes. I tasted one such bespoke spirit at the launch of what was called “the ultimate single malt expression,” Glenmorangie Pride 1981—a limited edition of 1,000 bottles ($3,600 each) presented in a Baccarat crystal decanter and high-design wooden case.

After the whisky aged for 18 years, it was transferred into casks that once held Château d’Yquem, the legendary Sauternes, for 10 more years. Master distiller Bill Lumsden led the tasting of Glenmorangie Pride 1981. “Notice the aromas of lemon madeleines, now a myriad of fruit and exotic spices—honeysuckle, jasmine, narcissus, eucalyptus,” he said. We enhanced the flavor by adding a few drops of water. “Now pick up vanilla, coconut and roasted chestnuts … and the endless finish of toasted almonds and crème brûlée.” As Pride 1981 released its layers of flavor, I suddenly understood why aficionados pay a king’s ransom for this experience.

France’s Cognac region holds an annual charity auction called La Part des Anges (Angel’s Share), at which  25 Cognac houses release limited editions in gorgeous decanters. This year, Cognac Frapin Cuvée 1888 ($6,300, in a limited edition of 1,888 bottles) took the top lot with the gavel crashing down at 15,000 euros (more than $20,000). Frapin is known as the house with the oldest reserves, some predating the year 1888, and this cuvée is a blend of these elixirs. In a crystal bottle shaped like a spinning top with a 24-karat-gold stopper and a fanciful spiral weaving around the bottle, Cuvée 1888 has complex aromas of candied orange, hazelnuts and cocoa, plus spicy, honey and woody flavor notes.

Not all special editions cost a fortune, though some coincidentally use the same numerals. Brugal Rum 1888 ($50) is a stunning new release of Dominican rum. From a family of five generations of rum masters, this artisanal rum is aged in sherry oak casks. At its launch this October, I sipped Brugal 1888 and found it velvety smooth, with notes of dried fruit, coffee, caramel and cinnamon.

Tequila Don Julio 70 Anejo Claro ($70) has just come to the market as the world’s first clear Anejo. It’s twice distilled, aged 18 months, then filtered to restore it to a clear silver spirit. Having a fabulous nose of agave, citrus and strawberry and a unique flavor of complex aged Anejo with tobacco, black peppercorn and honey, 70 Anejo Claro is an eye-opening experience.

Another stunning tequila is Jose Cuervo Reserva de la Familia ($100) made from a blend of Extra-Anejo tequilas combined with the family’s reserve tequilas aged up to 30 years. It’s amber colored and expresses floral, nut and rich Cognac flavors. Casa Cuervo launched Reserva de la Familia at its 200th anniversary in 1995 and commissions a Mexican artist to design the collectible wooden boxes.

And the big news from Johnnie Walker is a new color in its legendary line: Johnnie Walker Double Black ($40), a smokier version of its original Black, with the addition of Islay malts to its blend. I love the rich flavor of dried fruit, apples, pears, orange zest, vanilla and spice, all against a mildly smoky background. But the “color” that thrills me most, with its intense balanced flavors of sherry, tobacco and fruitcake and a chocolate finish, is Johnnie Walker Blue ($220), made from the rarest whiskeys, in individually numbered bottles.