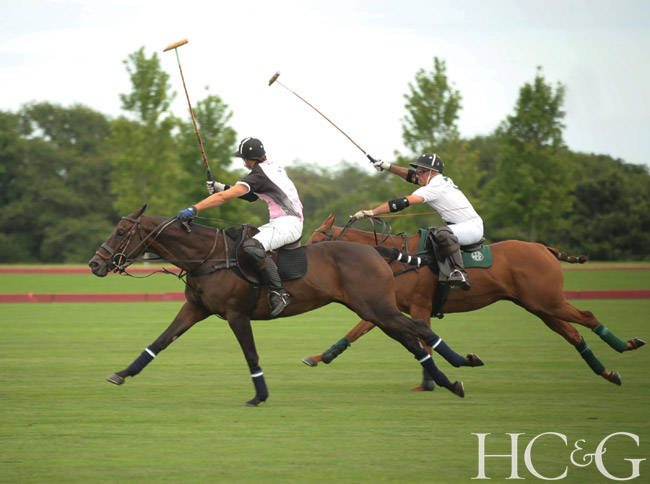 If you’ve ever attended the Mercedes-Benz Polo Challenge, then Two Trees Farm, the bucolic equestrian facility on Hayground Road in Bridgehampton, is surely familiar turf. Every July and August for the past 20 years, real estate developer David Walentas’s 115-acre spread has hosted the challenge, one of the premier events in the world of high-goal polo. But the place where ponies charged up and down the field while the big tent filled with big hats and even bigger VIPs is switching gears this season, and the Bridgehampton Polo Club, the event’s official host, must look for a new home.

Two Trees Farm has been on the market since 2010, but it has had no takers, despite a drop in the asking price from $95 million to $55 million. “The property is too much for most people,” says Walentas, “and no one wants to pay for it.” Now, in order to facilitate a fast sale, he has subdivided Two Trees Farm into two parcels—one being the equestrian facility, a 65-acre spread listed for $25 million, and the other comprising several building lots, one of which, at ten acres, is listed for $4.995 million. Earlier this year, ubiquitous developer Joe Farrell snatched up five two-acre lots in order to (you guessed it) build houses, priced from $7.995 to $9.905 million—a nice return on his $11.7 million investment, if they sell.

Meanwhile, the equestrian facility will continue to be used for practices, a popular hunter/jumper program, and more intimate matches until the property is sold. Walentas, largely credited with creating Dumbo in Brooklyn, unveiled Two Trees Farm in the 1990s, featuring three outdoor rings, two indoor arenas, three barns with more than 100 stalls, staff quarters, and a main house with a pool, tennis, and a guesthouse. “He took the horse farm to the next level,” says Morgan White of Douglas Elliman Real Estate, who holds the listing for the equestrian facility. “The polo fields are world-class.” Proving that he’s no one-trick pony, Walentas is also helming a development of 12 additional estate homes on Two Trees Lane—part of the Two Trees Farm property and called, um, Two Trees—each ranging from two to three-plus acres and priced from $8 million to $12 million, represented by Christopher Burnside of Brown Harris Stevens. 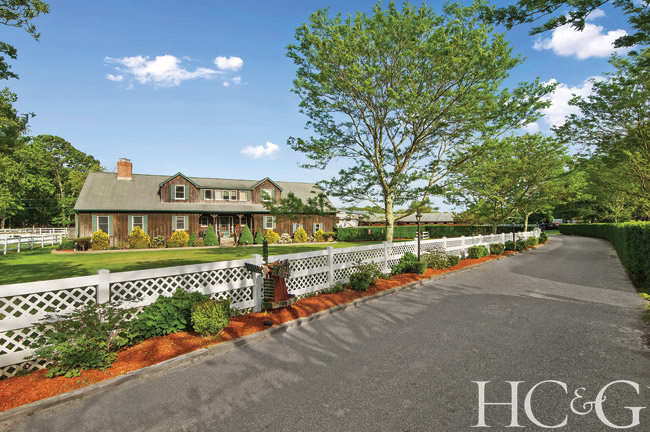 A 15-acre East Hampton horse farm, where legendary show jumper Snowman once trained, is currently on the market for $7.5 million. 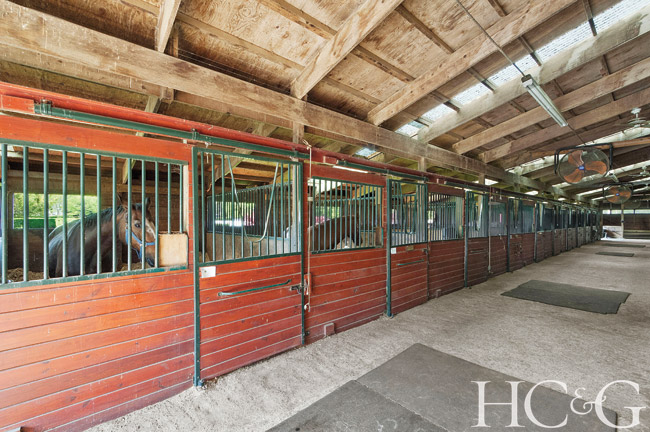 Gentleman horse farm more your style? The fittingly named Dana Trotter and Barbara Bornstein of Sotheby’s International Realty hold the $5.85 million listing for a substantially smaller, 13-acre property in Water Mill, which includes a custom-built barn with 16 rarely vacant stalls and indoor and outdoor arenas. The current owners went through a lengthy permitting process before building, Bornstein says, adding that “it’s especially rare to find a horse farm with pasture, paddocks, and fencing already in place.” Riders with a sense of history might jump at the chance to own the 15-acre East Hampton horse farm that is the onetime home of Harry de Leyer, famed trainer of Snowman, or the “80 Dollar Champion,” a plow horse destined for the slaughterhouse until de Leyer purchased him for $80 and turned him into a world-class show jumper. Sotheby’s Trotter also holds the listing for this $7.5 million spread, located minutes from East Hampton Village. “I rode there as a child,” she recalls, “and now it’s one of the few horse farms left in East Hampton. It’s the real deal.” The facilities include a central stable with 50 stalls, an indoor ring, and two outdoor rings along with a five-bedroom, 4,700-square-foot main residence with a double-sided brick fireplace.

A version of this article appeared in the August 1 2015 issue of Hamptons Cottages & Gardens with the headline: Deeds and Don't: Stable Investments.