A Tribeca family transplant their sensibilities to their Scarsdale home. 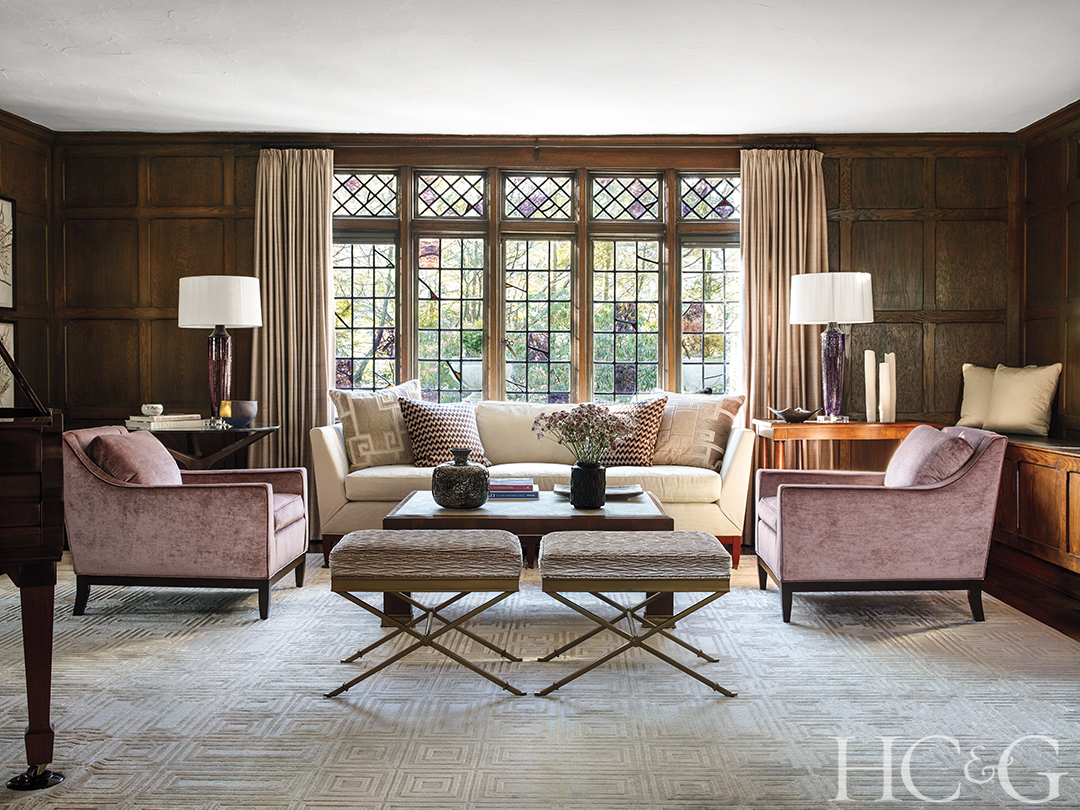 In the living room, designer Dominick Rotondi flanked a sofa from the Bright Group with a pair of Mason-Art club chairs, benches and a cocktail table from Hickory Chair, and table lamps from Arteriors. Photographs by Ellen McDermott.

Just as there are innumerable shades of white for painting interiors, so, too, are there seemingly infinite recipes for lasagna. Not that either fact necessarily cements the bond between interior designer and client, but lasagna did happen to play a key role in determining the overall interior paint color that decorator Dominick Rotondi and his client, Danielle DeMaio, decided on for her home in Scarsdale. (For the record, it was Benjamin Moore Palace White.)

“We basically began our working relationship by sharing recipes for lasagna,” the Manhattan-based Rotondi recounts. “Danielle and I both love to cook.” During a drive to DeMaio’s weekend house in the Berkshires, his client adds, “We bonded over food and family, as Italians do. I remember serving Dominick a delicious pasta with pesto for lunch.” DeMaio, her husband, and their two children had been living in a thoroughly modern loft in Tribeca when she had an epiphany during a drive back to the city one weekend. “It just came over me,” she recalls. “I said to my husband, ‘I think we should look at houses in Scarsdale.’ I grew up in Scarsdale and decided to go home again.” DeMaio texted a friend’s mother who is a realtor in the Westchester suburb, and before the couple reached Tribeca, they had six listings to consider. The winner: a 1927 Tudor-style house in a Scarsdale neighborhood aptly nicknamed “The Cotswolds.” The property “was the first listing she sent, and I knew right away that it was the one.”

The five-bedroom stone and slate-roofed residence’s most notable feature is its original stained-glass windows. Random panes are clear or colored, others mottled, and some even depict medieval scenes, such as Saint George slaying the dragon. “The colored glass—purples, lavenders, blues—dictated the furnishings,” says Rotondi, who installed a pair of lavender club chairs in the living room and incorporated a variety of blues in the primary bedroom. “Some people in the neighborhood have removed their leaded stained-glass windows because they let in cold air and leak if not maintained,” comments DeMaio, “but we kept ours since they were in such good shape and create a mood.”

“The bones of the house were decent,” reports Rotondi, “and the prior owners had left it in good condition, although it felt like it had been stuck in the 1960s or ’70s.” But apart from an especially dated kitchen and floors that needed to be refurbished, it was essentially move-in ready. “Dominick kept telling me all along that we had to respect the tone of the original house,” says DeMaio. Accordingly, Rotondi chose a mix of traditional furnishings along with a handful of carefully selected 20th-century accent pieces, such as a Danish modern desk for the office. In a light-filled sunroom framed by an arched wall of clear glass panes, he positioned a suite of McGuire Canyon swivel dining chairs around a custom walnut and brass table. “We didn’t want the interiors to look dated,” the designer says, “but rather to feel young and modern within the embrace of a classically traditional Tudor-style house. Interiors should always appear to have their own soul, but that soul has to have a relationship with the architecture.” 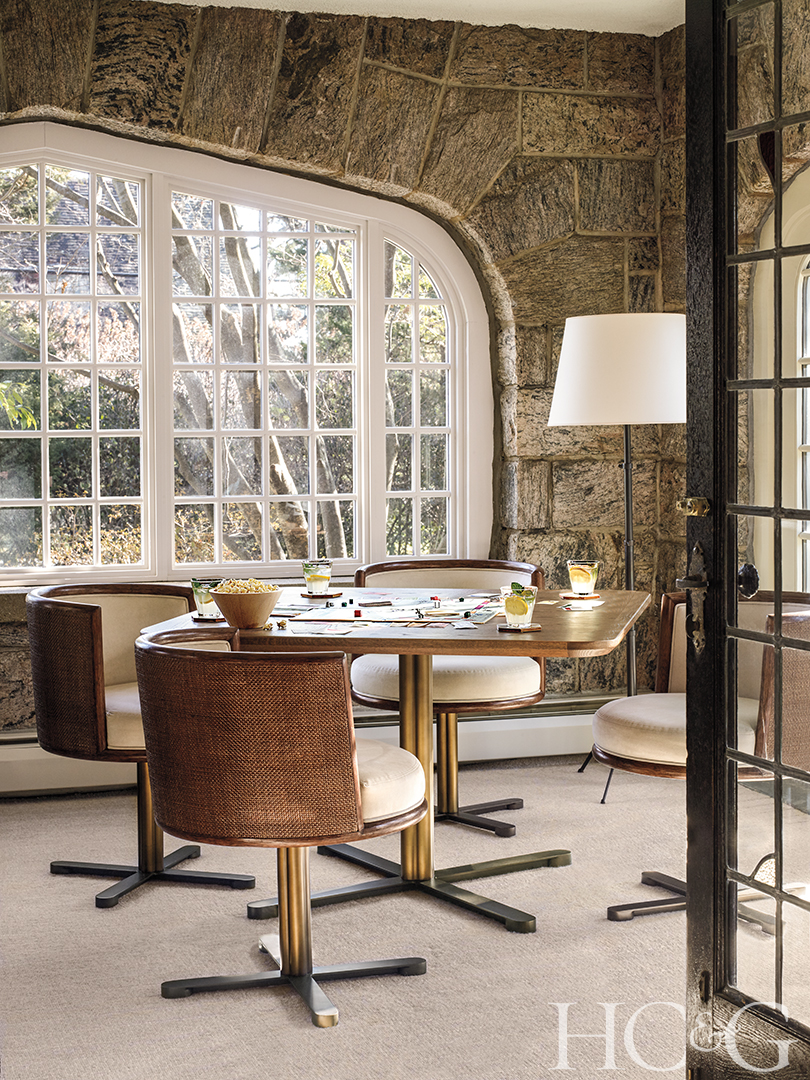 DeMaio and her family have adapted quickly to the house, so much so that her younger son “has already announced that he’s going to live here when he grows up and gets married,” she says. Although the project is complete, recipes for lasagna continue to be shared, and Rotondi brings donuts for both of DeMaio’s sons whenever he stops by. “Every time they see a donut,” she jokes, “my sons ask if Dominick came to visit.”

The print version of this article appears with the headline: Tudor 2.0.
Subscribe to C&G

This article appears in the November/December 2021 issue of NYC&G (New York Cottages & Gardens).