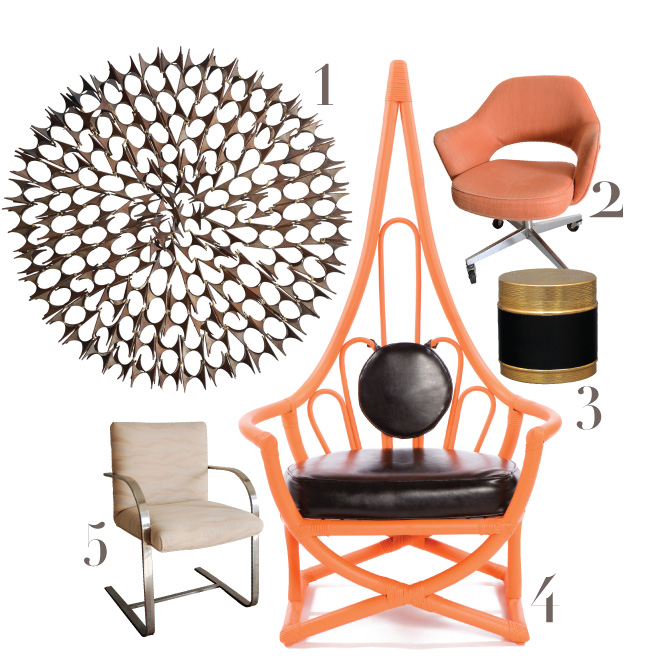 1 Mark Weinstein (known by his business name, Marc) has been designing abstract metal wall sculptures, like this bronze starburst (37½" diam.), since the mid-1960s. His scrap-metal-dealer father regularly brought home bits for his son to play with, which Weinstein later turned into artworks. $3,800, John Salibello, 2309 Montauk Hwy., Bridgehampton, 631-537-1484.

A version of this article appeared in the August 1 2014 issue of Hamptons Cottages & Gardens with the headline: Label Conscious.