Step Inside a Converted Quaker Meetinghouse 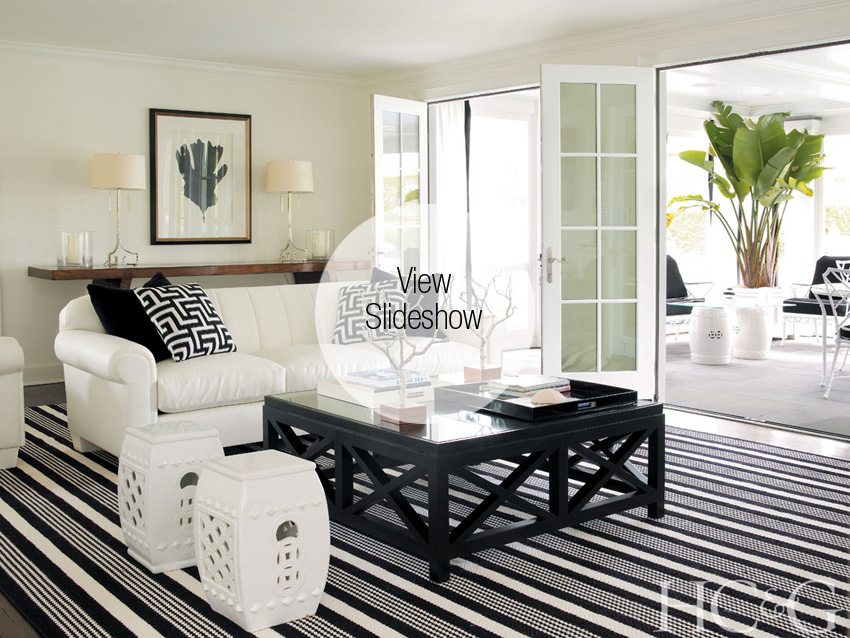 The first product Richard Kirshenbaum sold was himself: In 1987, when he was just 26 years old, he founded the agency Kirshenbaum Bond + Partners and took the advertising world by storm. Bold, brash, and brainy, he cultivated a reputation for grabbing people’s attention through pioneering guerrilla tactics—creating pop-up stores, spray-painting slogans on sidewalks, hiring actors to order Hennessy martinis in nightclubs, and even buying ad space on fruit. Yet this renowned bad boy of the ad world (he’s also an author and an entrepreneur) is more of a gentleman than people might suspect: It was not aggressive negotiating but a heartfelt, hand-written letter that sealed the deal on the five-bedroom, six-bath, 4,000-square-foot Sagaponack home where he now lives with his wife, Dana, and their three children.

True to form, Kirshenbaum, who now runs the year-old boutique agency NSG/SWAT, didn’t want just any ordinary Hamptons house. “I earn my living in a creative field, and I wanted something inspiring,” he says. In 2005, he and his wife found what they had hoped for in a former Quaker meetinghouse, which dates from 1857 and had been moved to its current location, along with a barn, from upstate New York. “The owners worried that someone would knock it down and build a spec house,” says Kirshenbaum, “so I wrote them a letter and promised that I would restore it.” He kept his word.

In what Kirshenbaum describes as an “anti-Hamptons renovation,” the project has been a gradual work in progress, with meticulous updates made each season. The home was shored up with beams on its underside, exposing the log bottoms of the original plank floors. The wood trim was fully restored and the windows repaired to maintain the original leaded glass. A bluestone patio around the pool, a wisteria-covered pergola for alfresco dining, and fresh landscaping with roses and boxwood hedges give the property surrounding the house a more expansive feel. “My grandmother always said, ‘Take the best and leave the rest,’” says Kirshenbaum, “and that’s my philosophy on both the Hamptons and this house.” To his chagrin, though, when it came to decorating the rooms and dealing with a hodgepodge-y addition, “many designers just didn’t understand what to do. It was a challenge because there wasn’t a typical flow; it’s more European than American—winding and quirky.”

HC&G played an integral role in the house’s evolution when Kirshenbaum saw a feature on designer Andrew Taiani’s home in the magazine. “I called him because he had a symmetrical eye for his own house, which was a more modern version of this one,” says Kirshenbaum. Taiani fell in love with the former meetinghouse and respected its history, taking pains to hand-strip the original pumpkin plank floors in order to preserve their square nails. “A Quaker lifestyle is reserved and quiet,” says Taiani, who recalls meeting with Dana for the first time and being given one directive: “1940s Palm Beach.” So restraint gradually morphed into glamour, or what Taiani diplomatically describes as “Quaker with a twist.”

Now Don Draper meets legendary decorator Dorothy Draper, not just in spirit but in fact, given the enormous Draper-designed chandelier that hangs above the living room. Taiani embraced a green-and-white color scheme, employing a trellis design that repeats throughout the house. “I added a geometric rug that reminded me of a maze garden,” he says. “Then I created two identical seating areas, which suit both small gatherings and larger groups. Long white taffeta curtains, trimmed with green grosgrain tape, emphasize the grand ceiling height.” The trellis design inspired Taiani to create a Chinese Chippendale–style railing for the stairways and balconies. (Kirshenbaum’s office, featuring a vintage desk once owned by his father, now occupies the former choir balcony.)

In the rear addition, a wall was removed to create a roomier, more open kitchen and dining area, and Taiani expanded the family room and sunroom overlooking the pool, installing French doors for “a wonderful vista of the gardens,” he says. “I wanted the spaces to work together, so that inside was out, and outside was in.” Explicitly instructed by Dana not to create “an old lady’s sunroom,” Taiani selected vintage Calcutta seating from Brown Jordan and updated the pieces with custom black cushions with white piping.

Given its dramatic proportions and fine finishes, the residence retains a sense of elegance, yet it’s eminently comfortable, as a beach house should be. “I’m a big fan of mixing high and low,” says Kirshenbaum, who prizes everything from a signed Andy Warhol memento from one of his early commercial successes to the family room’s white vinyl sofas, designed to withstand wet bathing suits. Opposite the front entry’s imposing, magisterial façade is a magical sunken garden ringed by hydrangea, designed by Charlie Marder as an ideal summer playground, whether for pickup football games or cocktail parties. “Charlie says that everything in Sagaponack is flat, so if you create a sunken garden, it will look like your house is raised on a hill. It’s the little surprises here that I love.”

Not the least of which is an allée of 21 cherry trees at the property’s entrance. “My name in German means ‘cherry tree,’” says Kirshenbaum, “so I thought it would be good luck to line the driveway with them.”

A version of this article appeared in the August 15 2013 issue of HC&G (Hamptons Cottages & Gardens) with the headline: Like A Prayer.