Step Inside a Manhattan Pied-à-Terre That Epitomizes Understated Elegance 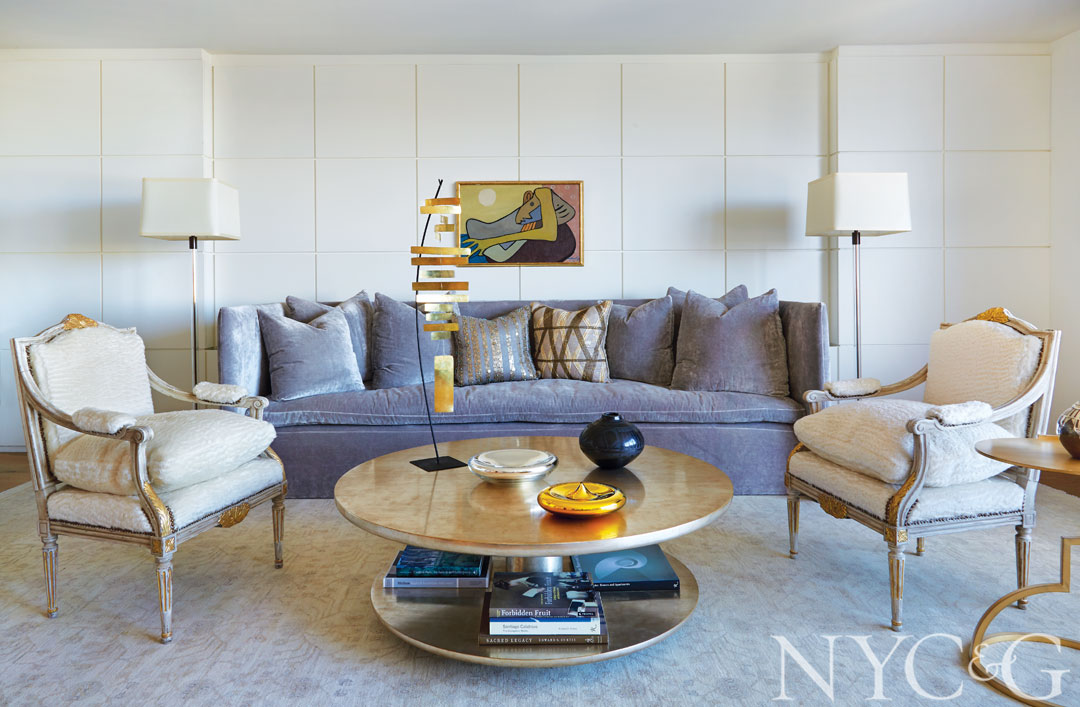 In the early aughts, when Jean Ackerman bought her co-op apartment in a late-1970s building designed by Philip Johnson, the walls were a pine-y yellow and the floors a pinkish terra-cotta tile. How things have changed.

“I don’t think Jean was originally planning to take on such a big project,” says her decorator, Daniel Barsanti, a co-founder (with Patricia Healing) of HB Home, a design studio with locations in Manhattan, Greenwich, and Westport. Ackerman, a retired banking executive, spends much of her time in Naples, Florida, so this home is merely her pied-à-terre (albeit a sizable one, comprising two apartments merged together and an all-encompassing view of the Metropolitan Museum and Central Park). Barsanti worked on the project with Christopher Desmone, HB Home’s senior interior designer, who describes Ackerman’s style as “clean, straightforward, and tailored.” Ackerman’s catchphrase of choice: “understated elegance.” Design-wise, the goal was to keep it simple.

“We don’t like over-decorated spaces,” Barsanti proclaims. “Most of the time, I’ll say, ‘Please take everything away and make it all white or black or gray.’” But the end result is never monotonous. In the case of Ackerman’s place, the variety of textures and subtle hues makes the apartment come alive: sumptuous, steely velvet upholstery, a tone-on-tone pale Oriental carpet, natural-look oak floors. “When you use a muted palette, the more layers, the better. The more textured things are, the more interesting.” 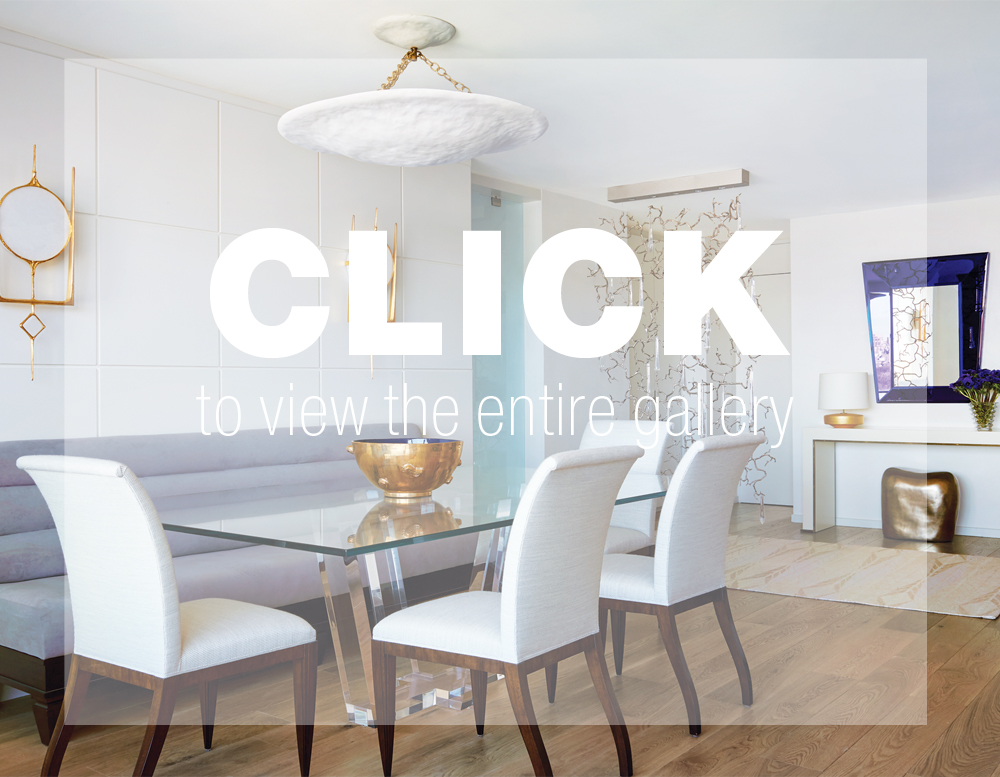 Which is not to say that HB Home shies away from the occasional statement piece. Exhibit A: ornate gold and mirrored dining room sconces, the decorating equivalent of a Cartier necklace on an exquisitely simple frock. (“They’re just spectacular,” Ackerman exclaims.) Another case in point: a hammered-metal and glass “curtain,” actually a chandelier, that acts as a room divider off the entryway (it replaced a frosted glass wall). “We think of these decorative accents like jewelry—but don’t say that, I hate the way it sounds!” Barsanti says with a laugh. “I like luxe materials. Good-looking smaller things are like ornaments.”

This is not to be confused with glitz, although metallic accents shimmer throughout the apartment: new (but vintage-style) unlacquered brass bathroom fixtures, a Louis XVI gilt demilune table and mica wallpaper on closet doors in the master bedroom (they catch and reflect the light), stainless-steel kitchen counters juxtaposed with chunky brass drawer and cabinet pulls (Barsanti calls them “big-ass handles”). The balance of luxurious and understated materials “makes the overall look not too precious,” Desmone says.

Adding a measured dose of eclecticism to the sophisticated mix of materials is Ackerman’s art collection, notably a large canvas of a “man at the piano playing in front of two women—it has a sexy, jazzy urban feel,” she says. “I like jazz music.” (Ackerman routinely hits the Blue Note or Jazz at Lincoln Center when she’s in residence.) In the den’s informal dining area, an energetic street scene depict’s SoHo’s now-defunct artists’ emporium Pearl Paint, “where all the painters would go to buy their supplies.” A small canvas by Milton Avery provides a subtler, more elegant grace note in the soothing master bedroom.

Although New York’s active street life is endlessly fascinating to Ackerman—she loves popping in and out of the shops on Madison Avenue and walking her dog, Jazz (an affenpinscher), in Central Park—she’s also content to gaze out the living room window, surveying the crowds at the Met. “The building reminds me of Paris,” she says. “At night, the lights are really spectacular. And it’s fun to see the leaves turn in the fall and watch it snow in the winter, followed by all that fresh green in the springtime. From the musicians playing for money to school buses dropping off kids—all of it is mesmerizing. It’s amazing where you can end up in life.”

A version of this article appeared in the April 2017 issue of NYC&G (New York Cottages & Gardens) with the headline: The Fifth Dimension.