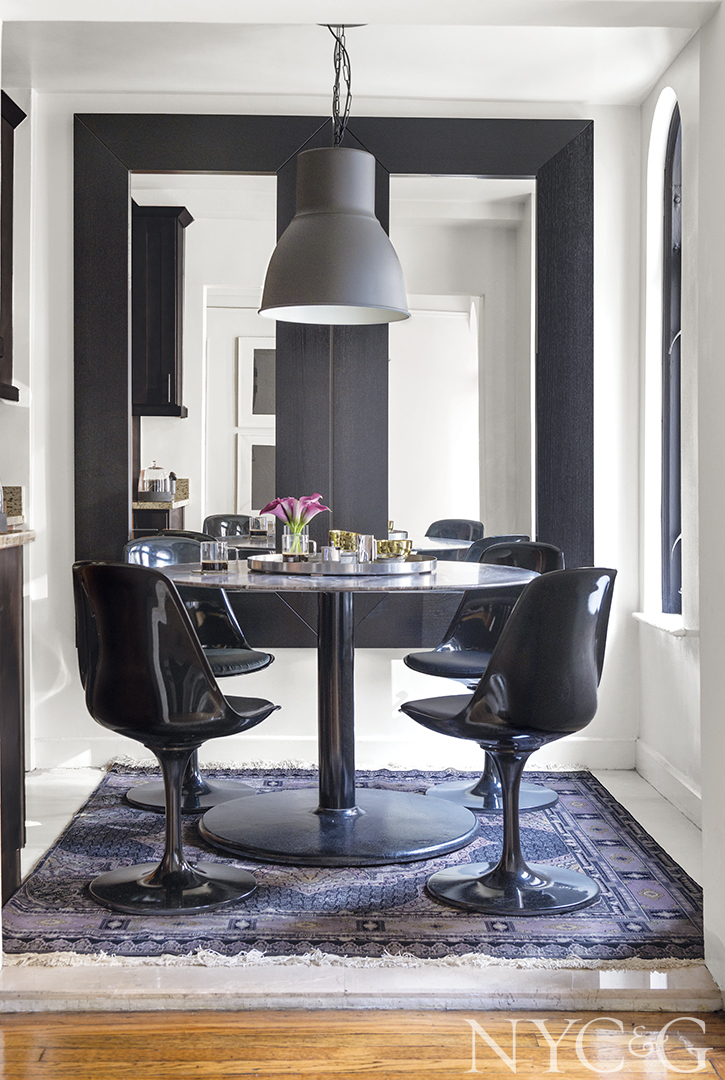 During the workday, Mia Gargiulo spends her time poring over and handling the luxe Turkish silk and wool carpets that are sold in Çinar’s New York showroom. “I’ve been in the rug business a really long time,” says Gargiulo, who got her start working with industry guru Stephanie Odegard. “My primary reason for going to work for Stephanie was that she was part of a push to end child labor in the rug business in Nepal and India. That’s what I was really attracted to—helping people, and benefiting and educating children and laborers. And of course I was also really taken with the craft and quality of handmade carpets.”

In 2012, she met her business partner, Mehmet Çinar, the fourth-generation creative director of a family-owned carpet-weaving company based in Cappadocia, Turkey. Once Gargiulo and Çinar decided to open a U.S. showroom on East 58th Street, just around the corner from the D&D Building, the Chicago-based Gargiulo decided it was time to get a New York apartment. When she discussed her plan with her friend Lukas Machnik, a Chicago-based designer, he “told me that I had to have a fabulous apartment on Park Avenue,” she says, and in fact, Gargiulo had just seen a down-at-the-heels Park Avenue listing in Murray Hill. Machnik urged her to snap it up. “There’s nothing better than a prewar classic six on Park Avenue,” he explains. “It’s the quintessential New York apartment.” 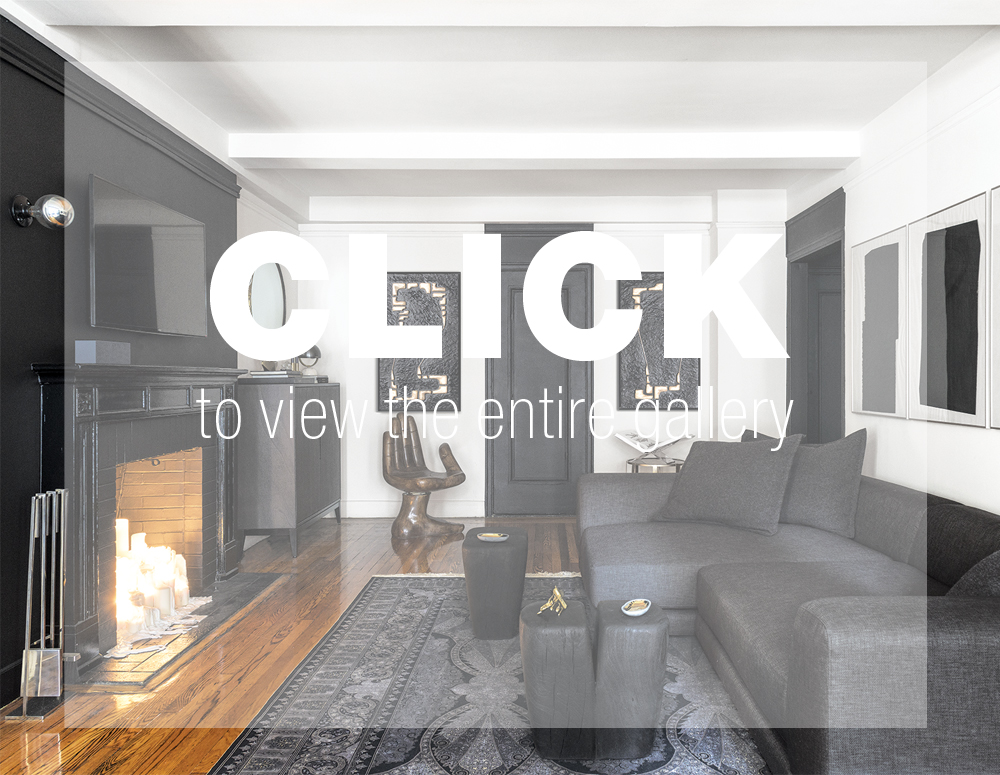 Gargiulo’s mandate for Machnik, whom she hired to help her decorate: Create a cozy environment where she could retreat after long days in the showroom. “I love to cook and entertain, and I am a nester,” she says. “I like being in my nest.” But at first her nesting instinct didn’t jibe with Machnik’s interpretation of the term. In one of the apartment’s two bedrooms, a black-and-white photo of a woman in silhouette, which looks like it has been pulled from a book of mid-20th-century Avedon portraits, is actually a picture of Gargiulo arguing with her designer friend. “I walked in at 1 a.m., and Lukas was painting,” she recalls. “I was standing in front of a painter’s light and said I didn’t think I could live in a black bedroom. He said, ‘Shut up. You wanted a gray house! It’s not black, it’s gray, and you wanted gray!’ And he took that picture.” The color, Machnik clarifies, is technically a “really saturated, very deep charcoal gray. And since the apartment is not huge and doesn’t get a lot of light, I thought, Why not just go darker and darker?”

Whether gray or black, the apartment is anything but bleak, now that Gargiulo’s sumptuous digs are finished and, indeed, nest-like. “What Lukas did was pick out elements of my personality,” she says. “I tend to be drawn to luxurious things sometimes, such as the cashmere blanket with fox trim on one of the beds. I’m attracted to beautiful, textural pieces, and I think he did an amazing job of taking that part of my personality and putting it all together.”

Softening and amplifying the decidedly dark palette are “rich, deep colors” like royal purple and brown-gray. “Gray can really be so many things, with so many different undertones,” she says. “I see purples in gray. I see browns in gray. I see whites in gray.” Although the luxurious carpets she sells at Çinar come in a rainbow of colors, the ones in her place, not surprisingly, all feature the soothing, darker tones that are more to her liking. “Even a ‘plain’ rug is not a plain rug,” she asserts. “It has variations and variegations that give it its personality. That’s why no one sees color the same way.”

A version of this article appeared in the May/June 2017 issue of NYC&G (New York Cottages & Gardens) with the headline: Dark Victory.