Step Inside a Sophisticated Coastal Escape 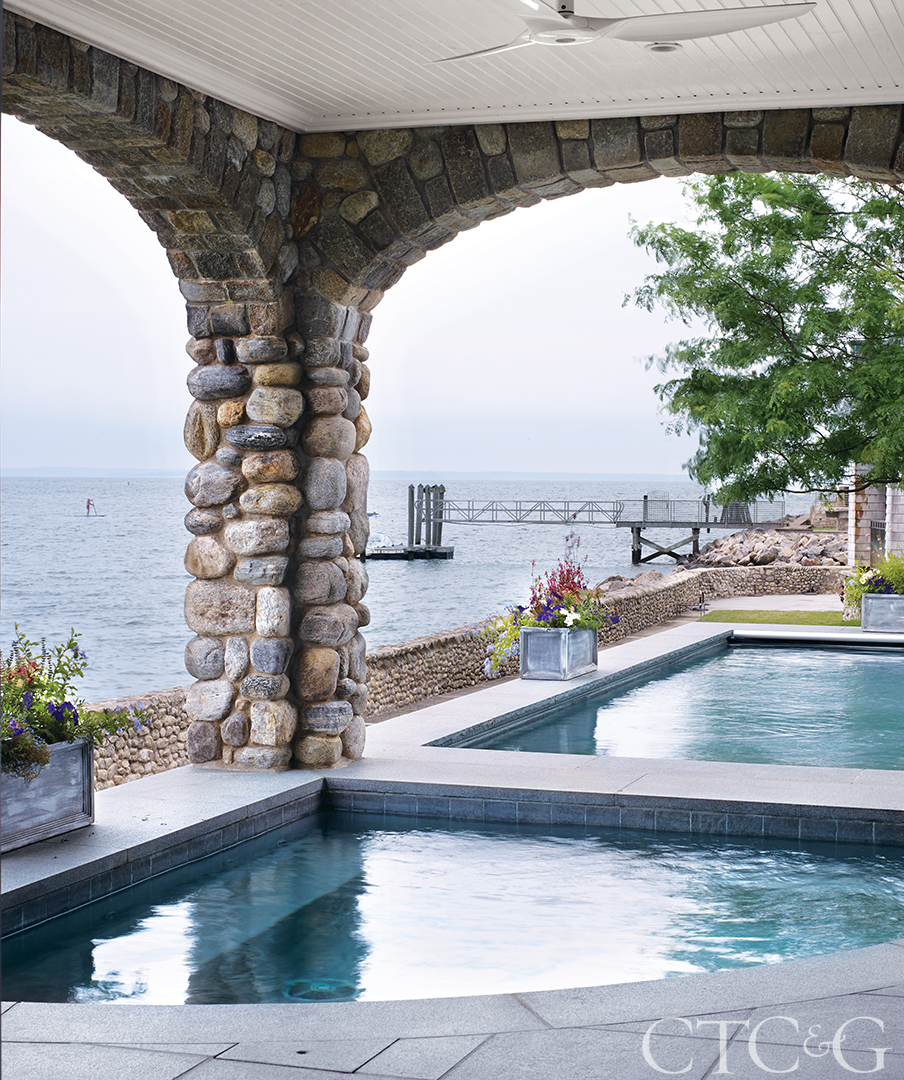 During the initial planning phase for their Bell Island residence, the homeowners regularly tossed around words like simple and peaceful. With years of child rearing in New Canaan behind them, according to the wife, she and her husband sought a more unencumbered, laid-back style for their empty-nester Rowayton digs. “When you’re raising children, you need clutter to contain the clutter, and we were ready for a more cleaned-up modern look,” she says. Having successfully worked with interior designer Lynn Morgan and architect Vincent Falotico and his partner, architectural designer Louise Brooks, on previous projects, they opted to assemble the same team—plus landscape architect Janice Parker—for another go-round. “My husband and I aren’t very good at imagining what things are going to look like, and we knew we could trust them to deliver,” notes the wife.

First off, Falotico and Brooks faced the challenge of a steep constrained lot. “We wanted as much of the house to take advantage of the beautiful surroundings as possible and used Google Earth to capture view corridors to the lighthouse and New York City, then sited the house accordingly,” notes Falotico, whose classic Shingle-style building with a sweeping wood roof and exposed rafter tails melds with the local vernacular. Located off the main level, a long deck constrained by open wood and cable railing emulates the feeling of being on a cruise ship, while on the lower level, a sparkling pool, grass grid and blue market umbrellas are like a glimpse of Capri. 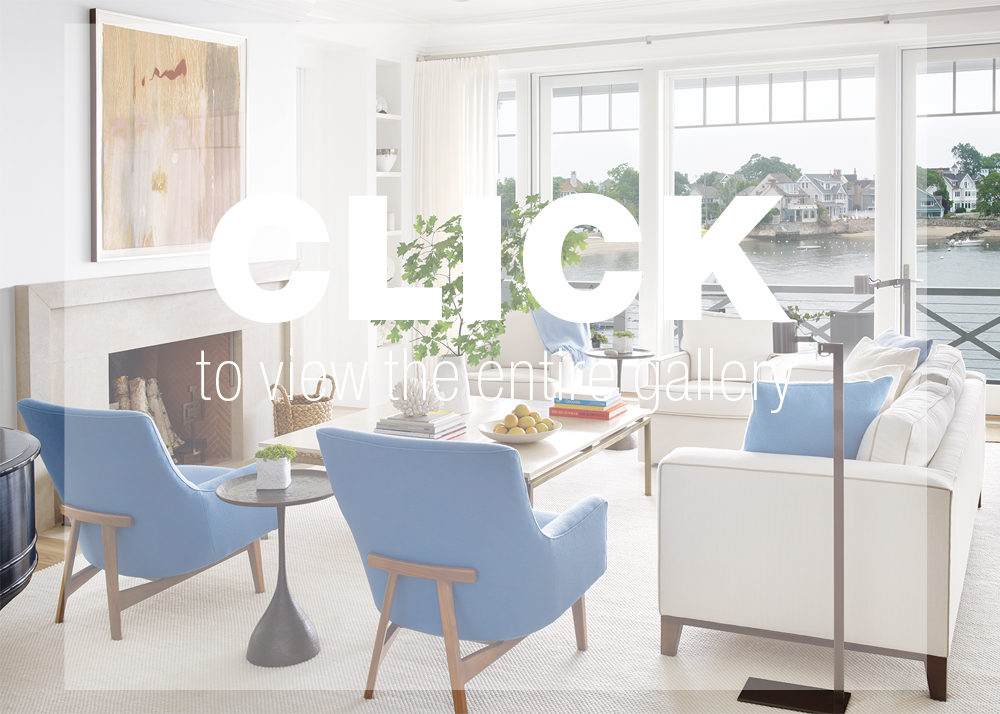 Morgan’s hand is immediately evident at the entrance where the top section of a lacquered blue Dutch door swings open to reveal a white pottery vase overflowing with foxglove flanked by a ceramic turquoise lamp and a piece of driftwood all perfectly poised on a limestone and bronze console. The still life reveals pretty much everything you need to know about what lies within. As Morgan, who collaborated with Leslie Littejohn on the project, explains: “The house is all about contrasting the serenity of blue and peaceful parts of the natural environment with crisp tones of white. The point was to reflect the sea and sky but not compete with them.”

Inside, traditional molding profiles are balanced with cleaner lines on the limestone fireplace and the unexpected jolt of an ultra-modern Arclinea kitchen. “The kitchen provides a surprising sculptural element,” says Morgan, whose main mission was about maximizing the views. In the living room, for example, where the quiet cream sofa combines with a pair of midcentury modern chairs upholstered in a deep sky blue fabric, the designer’s measured use of color coupled with the unexpected contemporary chair profile keeps things interesting without being overwhelming. “Your eye is meant to go right over the furnishings and out to the water,” she adds.

Throughout the main level, Morgan eschewed pattern in favor of texture, utilizing rush chairs in the dining room to counter the polished wood table, and leather barstools in the kitchen to offset the cabinet sheen. Pattern makes a comeback on the lower level where striped accent pillows on the game-room sectional signal the room’s ultra-casual intent and on the upper level where a gingham print on the ottoman in the wife’s office is a whimsical interjection.

Despite their self-proclaimed inability to visualize, the owners clearly demonstrated a knack for selecting art, as evidenced by choices like the stunning seascape by German photographer Renate Aller that hangs above a white lacquered bar. “She takes photos of the same location on Westhampton Beach at various times of day,” says the wife, who credits her husband’s eye and affection for online art auctions for many of their selections including the photo of sand dunes also by Aller in the entry, and a woodcut print by renowned abstract expressionist Helen Frankenthaler that hangs over the fireplace.

According to Morgan the artwork was the final piece that brought everything together. “We supplied the calm palette, furnishing profiles and architectural details, and they finished it off,” she says. “It’s a sophisticated refuge that is chic, coastal and fun.”

A version of this article appeared in the June 2017 issue of CTC&G (Connecticut Cottages & Gardens) with the headline: Island Idyll.