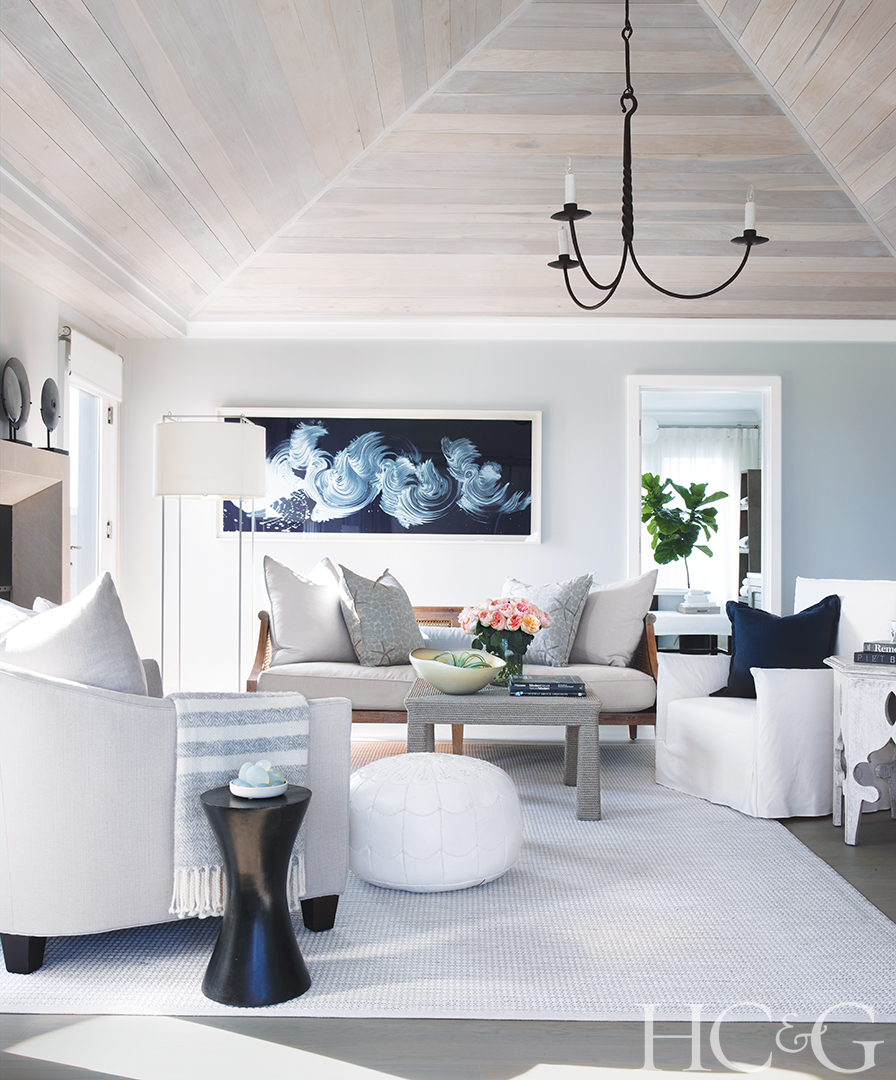 In the decorating world, five projects in 15 years with the same client and designer qualify as a certifiable success story. For interior decorator Ray Booth, who began collaborating with a young New York couple after they discovered his work via the industry matchmaking company Designer Previews, it was a slam dunk from the start. “They really have an affection for creating a home, and it inspires me to do my best work,” says Booth.

So when it came time for the pair to transform a dated shingle-style house on the beach in Amagansett into a weekend retreat for themselves and their two young children, there was no question who was going to get the call. A partner in the architecture and design firm McAlpine, Booth splits his time between offices in Nashville and Manhattan and has also collaborated with the couple over the years on an apartment in SoHo, a townhouse and an apartment on the Upper West Side, and their Hamptons guesthouse. “It has been a long, lovely love affair with this family,” he adds.

The home had three positives going for it: a 20-step walk to the water, an existing pool and deck on the ocean side (something that’s impossible to get a permit for today), and a deep sense of community. But while everything seemed ideal from the outside, the interiors of the 4,000-square-foot, four-bedroom residence, which was built in 2004, begged for an overhaul. “It was basically a better version of a Hamptons spec house, with lots of Sheetrock and golden oak floors,” recalls Booth. “It felt a little too suburban for its location right on the beach.” 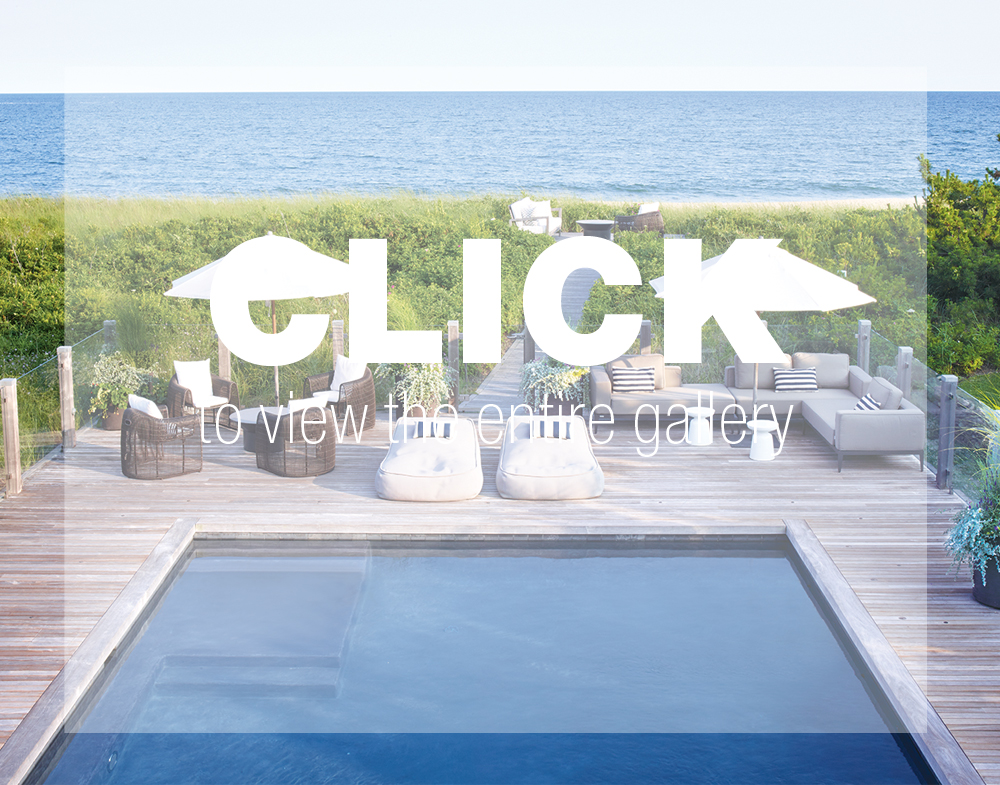 In order to make the home appear as though it was “born of the place where it exists,” the designer switched out dated materials with paint-washed poplar ceilings, shiplap walls, oak flooring stained a driftwood-like gray, and wire-brushed ash kitchen cabinetry. In the two-story entry hall, Booth “lowered the ceiling and created a reading-and-sleeping alcove with daybeds above it, providing a functional space that’s used to accommodate cousins.” (The family has packed in as many as 22 people in one weekend, thanks to extra beds in the children’s rooms, a long custom sofa in the guest room that sleeps two kids toe-to-toe, and their guesthouse just down the road, which sleeps an additional six people.)

The yearlong project also included tweaking the layout of the main floor. Booth gave things more air by opening up sightlines from the kitchen into the living room beyond. He reallocated some of the rooms, too, positioning the dining area next to the kitchen and more windows. “I brought the family as close to the light and the beach experience as possible,” says Booth. “And then at night, when it’s dark, it makes sense for them to retreat to other rooms in the home, pile up, and watch a movie.”

Inspired by everything from the purplish-blue haze that envelops the coastline at sunrise to wood abandoned in the sand after a beach bonfire, Booth furnished the retreat with comfortable, contemporary pieces in a soft palette of gray, blue, white, and beige. “We wanted the home to feel lighthearted and evoke tranquility,” says the decorator, who was careful to avoid too many nautical references, although he couldn’t resist throwing in a couple for good measure, such as the custom console table in the living room that’s suspended from the ceiling by a pair of old freighter pulleys, and a nine-foot-long carved-wood boat that’s mounted onto a wall in the sunroom.

Outdoors, multiple seating areas provide plenty of space for enjoying views of the Atlantic and the naturalistic landscape design by Edmund Hollander. In addition to numerous poolside perches, there’s a small dining area perfectly sized for the immediate family, a table for larger get-togethers, and, closer to the beach, the “sweetest spot for a glass of wine by the water’s edge,” says Booth. But the pièce de résistance, according to the designer, is the master suite, which features ocean vistas on three sides, a raised tub with untrammelled sightlines to the sea, and a seating area complete with a fireplace and a soaring vaulted ceiling. (“It’s like the crow’s nest of a ship.”)

“Our last project together was more traditional,” reflects Booth, “but this time my clients wanted to pare stuff down and keep everything clean. I tried to create a beautiful backdrop for them, always keeping in mind what was right outside the windows.”

A version of this article appeared in the June 2017 issue of HC&G (Hamptons Cottages & Gardens) with the headline: Breaking the Waves.