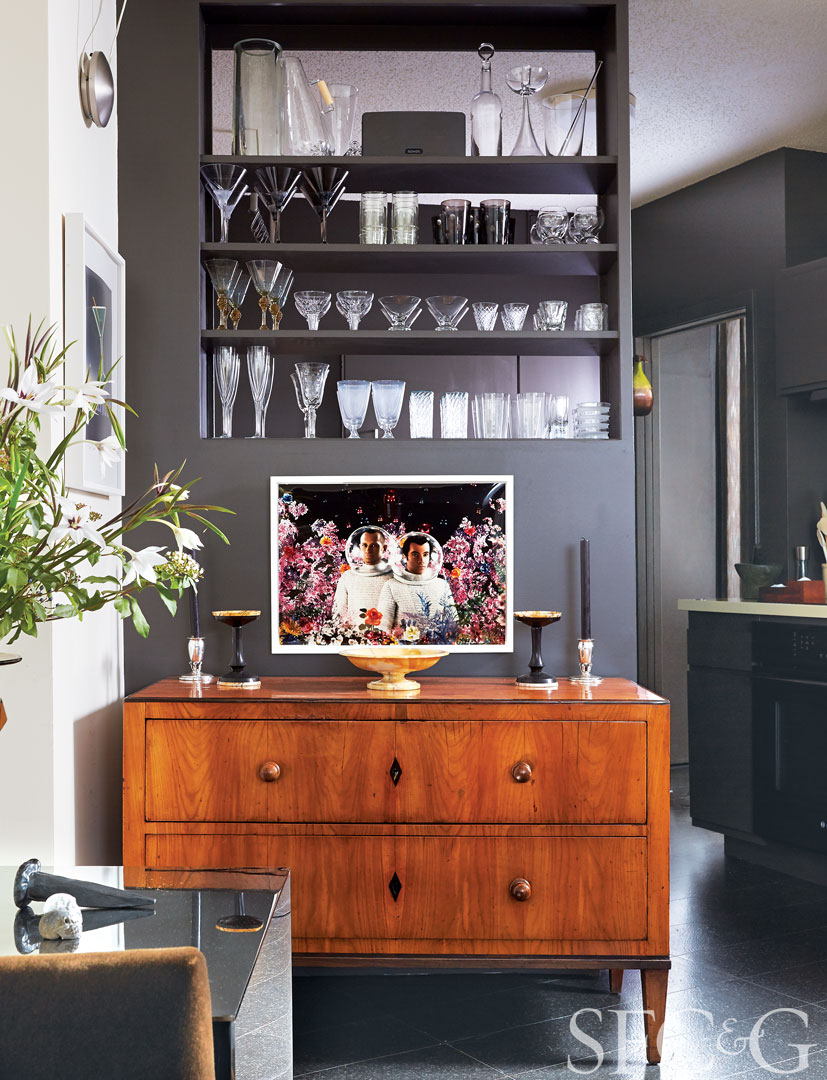 Gary Hutton’s cool, modern style has been widely acclaimed ever since he opened his interior design firm nearly 40 years ago. Recognized for his conceptual approach and innovative use of materials, Hutton’s recent projects range from a new San Francisco residence with architects Aidlin Darling to a Los Angeles estate for an art collector. His superb sensibility is no more evident than in his own San Francisco home, where a recent redesign showcases his love of sartorial textures and colors.

For fashion maven Hutton—perpetually clad in Comme des Garçons or Dries van Noten—it was a given that his palette would be dapper. He set the tone in the foyer with a rich, dark charcoal, lightening it a shade or two in the study and bedroom, while the living room is comparably crisp in white. The kitchen is tailored in the same dark gray, with slabs of stunning Brazilian quartzite transforming the walls into graphic murals that resemble trees writhing in a storm or, as one guest put it, a flock of angry birds. “It thrills me every morning,” says Hutton. “I get to marvel at its depth and transparency while I make myself an espresso.” (The kitchen is also home to his lifelong collection of copper pots and glassware—from 1920s Sevres Art Deco to faceted 1960s Danish—which are testaments to his love of entertaining friends.)

Hutton’s design connoisseurship covers a vast range of periods and styles of furniture, and so naturally he lives with a diverse collection. He likes to push his pairings: “It stems from my art school days,” Hutton says. “That period trained me to take things out of context; to find unexpected juxtapositions that challenge our normal perceptions.” The living room, for example, features an 1820 Biedermeier chest; a 1970s Cini Boeri Lunario coffee table for Knoll; and a custom sofa upholstered in luscious chocolate brown Loro Piana mohair. Interspersed throughout are pieces from the designer’s own namesake furniture collection—which celebrates its thirtieth anniversary this year—including Hutton’s A11 polished stainless steel table and oak-and-leather Havana chair. 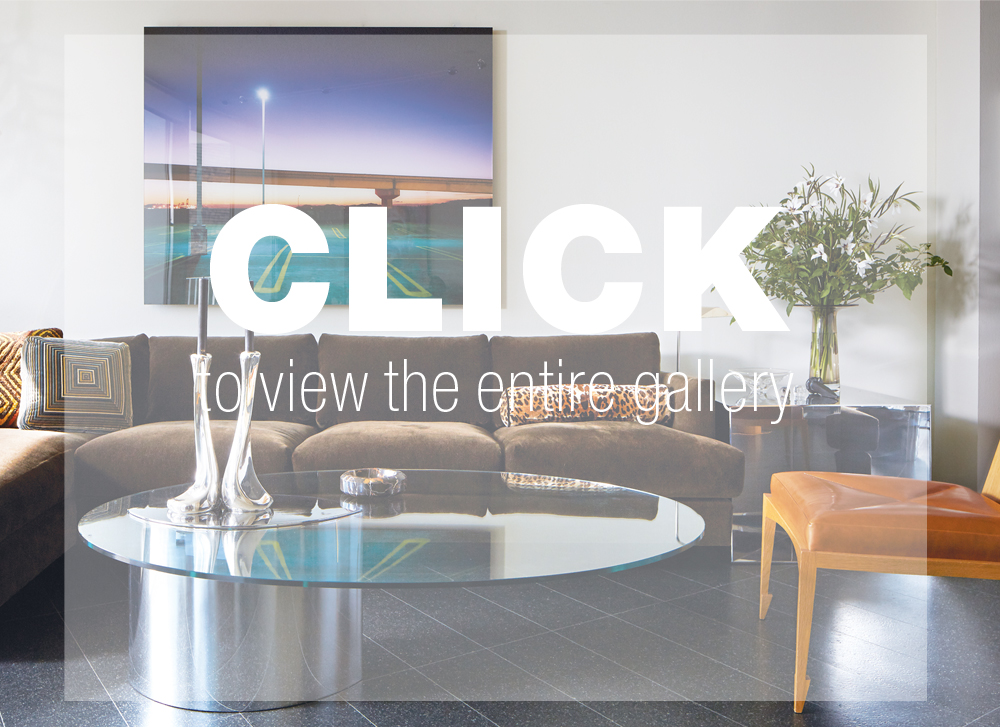 His scholarship and fine art background—Hutton studied at UC Davis with Wayne Thiebaud, Robert Arneson and Manuel Neri—have made him a go-to designer for art aficionados. In his own home, Hutton’s conceptual sensibility is evident in his collection, which includes works from masters like Donald Judd as well as contemporary artists like Pierre et Gilles. A favorite photograph above the living room sofa by Johnna Arnold depicts the Ikea parking lot in Emeryville where the artist sits in a shopping cart. “To me, it illustrates the intersection of people and manmade landscape,” notes Hutton. “It’s about understanding one’s relationship to the world. As individuals we are all small little entities in a vast universe.”

Hutton’s study is also a trove of highly personal artifacts; as an ensemble, they serve as a three-dimensional diary. Many were gifts from close friends or former employees, others he inherited. Lined up neatly on his desk, a giant wrench and two screwdrivers trigger the designer’s affection for his father. “When he was dying, I had excessive amounts of nervous energy and at one point, I bought tons of sockets and lightbulbs and transformed them into the sconce that now hangs in my living room,” explains Hutton. “Assembling it was therapeutic. It was my way of reciprocating because my dad always made me things. It’s important for me to be surrounded by all of these things. I was about to refer to it all as ‘stuff,’ but it’s much more than that—it’s an accumulation of life.”

A version of this article appeared in the April/May 2017 issue of SFC&G (San Francisco Cottages & Gardens) with the headline: Best Threads.