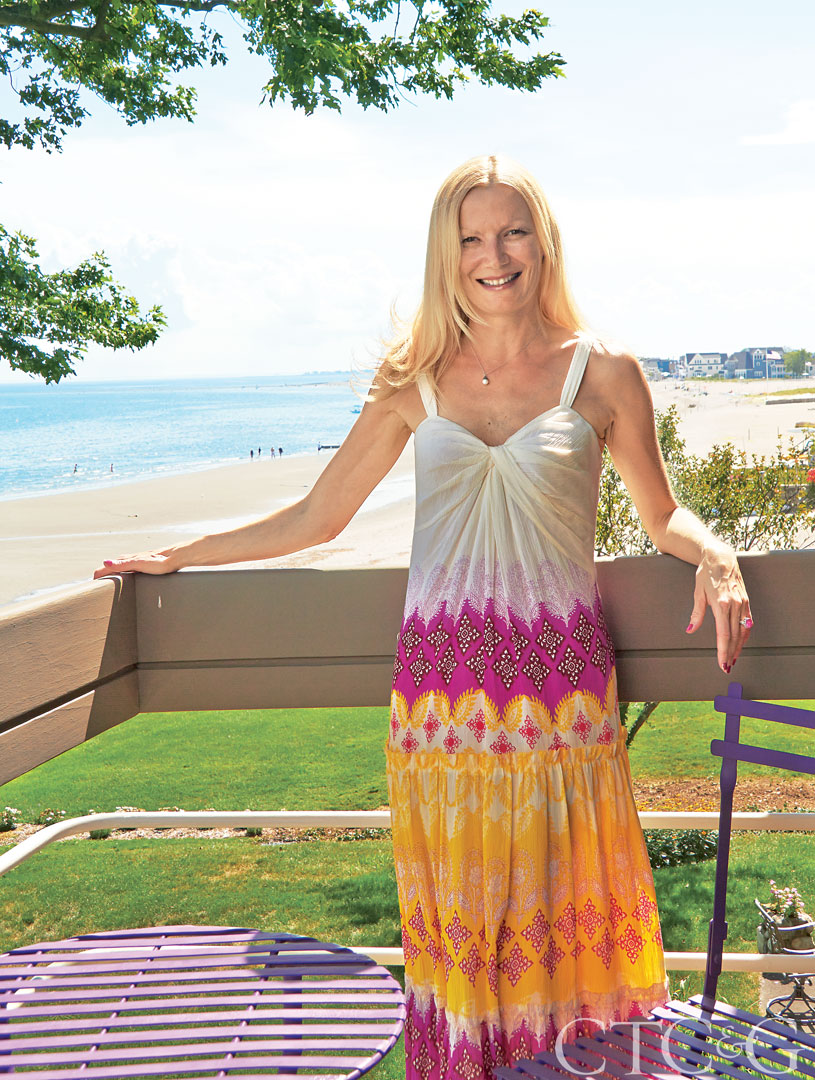 In 1997, Philippe Starck made hotel design history with his innovative renovation of New York City’s historic Hudson Hotel. The French designer’s flair for the dramatic—evident in everything from the yellow glass tile floor to the Francesco Clemente ceiling fresco—was an industry game changer. That same year Caroline Beaupère, a fledgling designer working for a high-end Paris-based cabinet maker, had the opportunity to work on that very hotel, and her brush with Starck proved transformative. “Prior to that experience, I was shy about design and took a softer approach, but working with Starck opened my eyes, and I became much more of a risk taker,” recalls Beaupère, who fell in love with and ultimately settled in New York. “My background is still classic, but I like adding in things that are unexpected and special.”

That balance of timeless and unique perfectly describes the condominium she recently renovated in the coastal city of Milford. After taking the space down to the studs, she established a loft-style framework that includes classic molding profiles and seven-inch-wide floor planks before introducing steel support beams with an industrial flavor and an eye-catching dining room chandelier. The latter, a sculptural mix of glass and copper that resembles an exploding meteorite, handily provides the requisite element of surprise.

In search of a weekend retreat, Beaupère first discovered the structure that houses her condo while strolling the beach that fronts the property. “I often came here to escape the craziness of New York, and I always passed this building and really liked it,” she says about the stone and wood edifice built in the 1880s by Milford’s own Henry Augustus Taylor. With its turret and French Normandy overtones, the architecture transported the designer back to her roots. “Then one day, I saw a for-sale sign on one of the units. I took a look at the main room with that round window and knew I had to have it.” 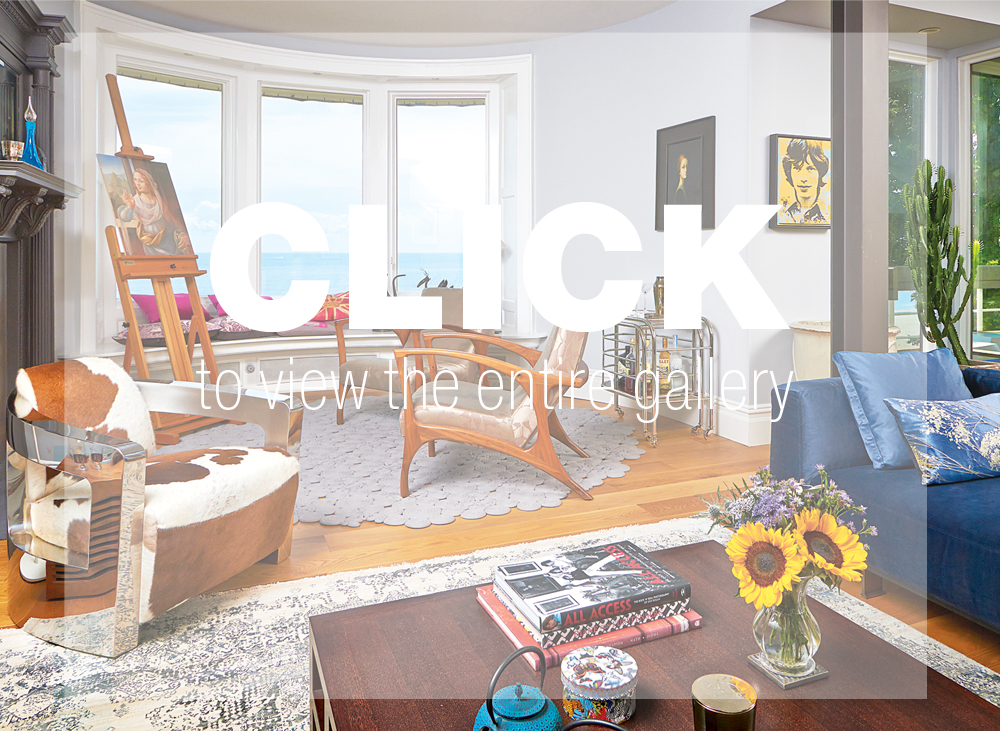 With an eye toward reshaping the space, Beaupère (who started her own architectural design studio in 2005) began by opening up the main living areas to make views of Long Island Sound visible from everywhere. Next she combined the unit’s two bedrooms into one oversized master suite that allowed ample room for a bathtub from her Dune Collection. Inspired by a visit to Egypt’s Siwa Oasis, the designer claims, “The tub’s flowing lines transport me back to a serene moment in the dunes.”

Not surprisingly, the soft gray walls and tones of blue that define the palette come right from the sand and the sky. But while Beaupère uses her weekend sanctuary to unwind, the space is also meant to invigorate her thought process, and she selected certain finishes with that goal in mind. The blue glass mural with the striking white pattern that backs the master bathroom vanity, for example, is anything but restful. “It’s very stimulating as is the Christian Lacroix butterfly wallpaper in the work space in the bedroom,” she says. “I need that energy to get me going.”

Throughout, Beaupère melded pieces from various time periods with panache. In the living room, the contemporary lines of the blue velvet sofa with its brass frame and the crisp edges of the wood coffee table flow into the round sitting room where bow-armed midcentury modern chairs, an art deco bar cart and round rope rug respond to the shape of the space. In the dining room, the sculptural oak and metal table is juxtaposed with upholstered chairs with zipper backs that make a fashion statement. In the adjacent kitchen, the timeless form of the Lacanche stove meets pure 21st-century high gloss white cabinets.

According to Beaupère, combining elements that make a space special and unpredictable result in a creative ambience. As she says, “When I am in New York, I enjoy the energy of the city, but when I am here, I can breathe and draw, and I am inspired to design wonderful spaces.”

A version of this article appeared in the April 2017 issue of CTC&G (Connecticut Cottages & Gardens) with the headline: French Connection.