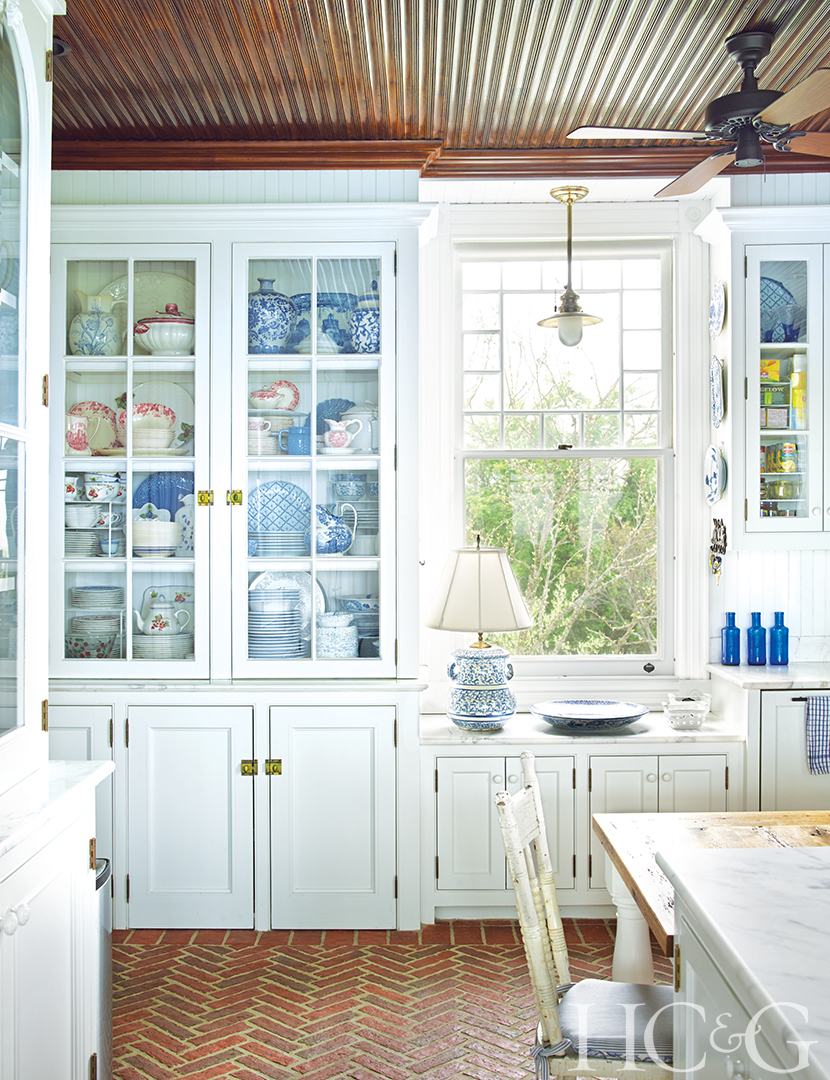 Gladys Taber, the famous columnist for Ladies’ Home Journal, once proclaimed, “Old houses do not belong to people ever, not really. People belong to them.” The sentiment couldn’t be more apt for Dick Cavett and his wife, Martha Rogers, who will soon be pulling the cord from the bell tower at Tick Hall, their home in Montauk, for the last time. Cavett, the beloved talk-show host and television personality, has lived in the house for half a century, and Rogers for nearly a decade. The couple have decided to sell the property, with the hope that its new owners will fall in love, as they did, with the breathtaking setting and shepherd Tick Hall into the future with integrity and grace.

Built in 1882 by McKim, Mead & White, the early shingle-style house is one of the legendary “Seven Sisters” that made up the Montauk Association, which was created by real estate developer Arthur Benson as a hunting and fishing compound for himself and his friends. Montauk’s nickname is “The End,” and the house sits nearly at the end of the end, down a pockmarked dirt road. Designed by Stanford White, it was brilliantly sited by landscape architect Frederick Law Olmsted, who showcased the panoramic views of the ocean and shadbush-covered bluffs. In addition to the 7,000-square-foot primary residence, the 20-acre property is crisscrossed by magical cloistered paths leading to a hidden boulder-lined swimming pool fit for nymphs, a gated garden with a gazebo, a freshwater pond, and a path to a stretch of beach known as Cavett’s Cove, which is inaccessible to outsiders at high tide. The land surrounding it is a reserve, so the views—as far as Connecticut and Block Island on a clear day—will never change. 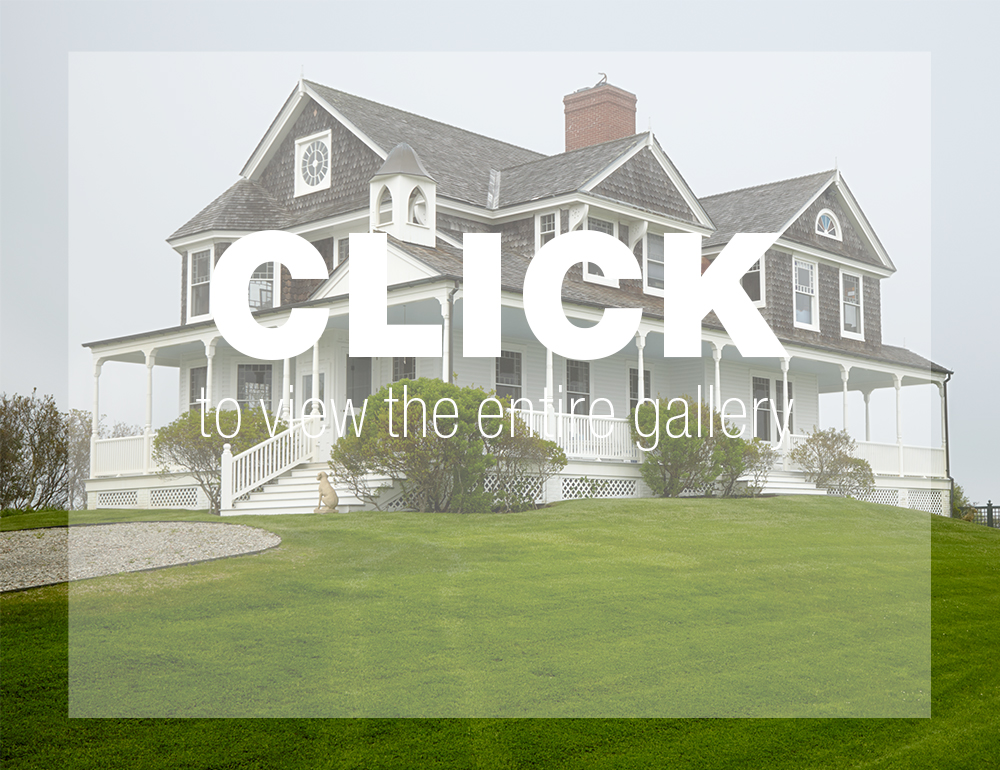 “There are bigger houses, and houses with more bells and whistles,” says Cavett, “but there is not a more magical place in all the world. When I first heard that Tick Hall was available, I had already rented a share for the summer in East Hampton. As the house loomed into view and before the car had even come to a complete stop, my friend got out, yelling, ‘Get it! Get it!’ When it was built, Tick Hall was called a ‘summer cottage.’ But to me, it was majestic, romantic, a storybook house by the sea. It made me gasp.”

The playwright Edward Albee had right of first refusal, but declined to buy the property because it lacked a tennis court, so in 1967, Cavett and his first wife, Carrie Nye, staked their claim, filling it with Nye’s prized five generations’ worth of Mississippi antiques. “Back then, all we knew was that it was a great old place with porches and fireplaces and high ceilings, and moonlight, and a big beach on the ocean,” Cavett recounts. “It’s the only one of the Seven Sisters with oceanfront because in the 1920s, then-owner Harrison Tweed bought all the available land down to the ocean and some behind the house. His friends thought he was nuts to spend $5 an acre, since in those days nobody came that far out on Long Island, to such a ‘wild and inconvenient’ place, as he described it.” Originally known as the Orr House for its first owner, New York City businessman Alexander Orr, it was renamed Tick Hall by its second owner, Tweed, a Wall Street lawyer, long before Lyme Disease made its presence known on the East End. Visiting men were “ticks,” including Franklin Delano “Tick” Roosevelt; women were “tickesses” and children “tickettes.”

In 1997, Tick Hall burned to the ground, leaving only the chimney. “Cavett was in New York with Carrie Nye—who passed away in 2006 of lung cancer—and they were devastated, as one might expect,” says Rogers. “The ruins were still smoldering around the chimney when she said, ‘Well, we’ll just have to build it back the way it was.’ Nobody could imagine Montauk without Tick Hall. It’s the farthest east of the Seven Sisters and has been known by sailors and fishermen for many years. I never met Carrie Nye, but I just love her for that.”

Call its rebirth CSI: Tick Hall. Reconstruction depended on clues left in the ashes, since original blueprints did not exist. Cavett and Nye worked with forensic architect James Hadley and builder Jim Kim of Wainscott-based Men at Work to replicate the house, including its distinctive staircase, which architectural stair builder James Dean re-created with handmade balusters, newel posts, and even a specific floorboard that was known for its distinctive creak. A fireplace tile’s telltale stamp led the team to the original manufacturer, in Shropshire, England. And singed drapes were measured to get nearly exact ceiling heights. “They found pieces of hardware in the rubble and took casts of them,” adds Rogers, “and we have wooden doorknobs like the originals. They’re hard as hell to live with, but I wouldn’t have it any other way.” Stairs and door saddles dip to mimic the impressions left over the years by hundreds of footsteps, including those of famous guests ranging from Jean Stafford to Tennessee Williams to Muhammad Ali.

After Rogers moved in, she carried Nye’s interior decorating torch. “I bought all the crockery one piece at a time, so it would look as though the collection had evolved over 130 years,” she says. “All the William Morris wall patterns date from before 1900. The struggle between convenience and authenticity is constant.” The only modern concession is a necessary and welcome one: All wiring, plumbing, and insulation meets code. In 2013, with the help of architect Nick Botta and builder Colin Brown, Rogers extended the kitchen, which allowed room for both a covered porch and a sleeping porch, a favorite spot on warm summer evenings. The sunsets set the house ablaze—but in a good way. “Out here on Long Island’s East End,” Cavett says, “sunset colors often surround us 360 degrees. We watch the extra special sunsets from the big porch on the first floor, and then race up to the attic as fast as we can and watch them again.”

A version of this article appeared in the August 1, 2017 issue of HC&G (Hamptons Cottages & Gardens) with the headline: Tick Hall.

This article appears in the August-1 2017 issue of HC&G (Hamptons Cottages & Gardens).