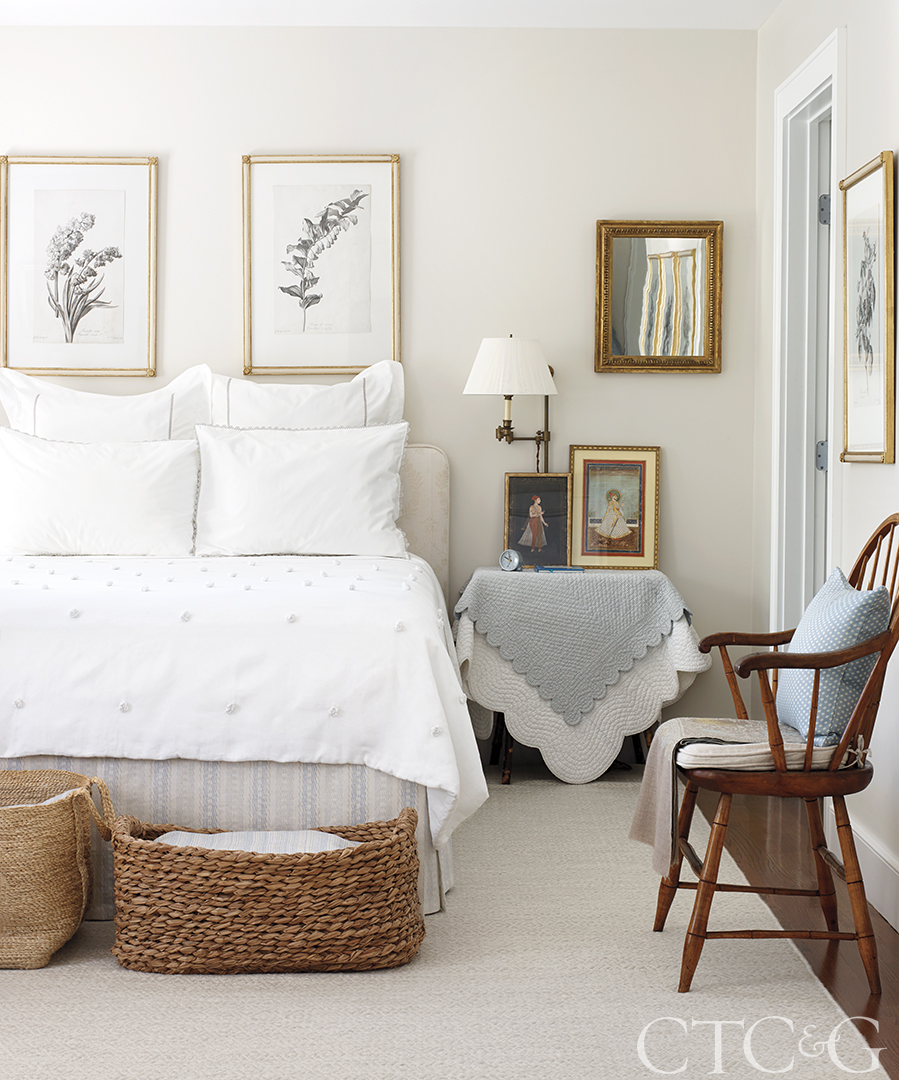 The mere mention of downsizing is enough to send chills down the spine of even the most minimalist among us. But letting go of square footage doesn’t automatically mean renouncing your personal style. Take rug maker and textile designer Elizabeth Eakins, for instance, who traded in her substantial house in Westport for an apartment within walking distance of restaurants and shops. “We had our house in Westport for 30 years, and our primary residence is a farm in Kansas,” she explains. “I was moving from one maintenance project to the next every day. A 200-year-old house is a lot of work. With the kids scattered, I thought, ‘What am I doing?’ So, I decided to sell house.” The decision, she says, was easy, and the criteria for the new space itself was also simple: good natural light. “I love color—or the absence of color—and light plays such an important role,” she says. “I wanted classic, simple and easy.” She settled on the Saugatuck Center—a mixed-use complex developed by Westport–based Gault businesses. “It looks like Nantucket and has a great community feeling to it, but it also feels like you have complete privacy,” she says. “I walked in, and it was like this huge responsibility was taken off my plate.”

Settling into a smaller space didn’t mean Eakins was abandoning her signature style: serene, warm and quietly confident with a knack for seamlessly mixing prints and eras without fuss. Her aesthetic survived despite having to be dialed back to 600 square feet. Eakins filled the apartment with her favorite pieces, adding in layers of textiles, wallpapers and rugs of her own creation. “I thought, ‘I’ll just take my favorite things that I love and make it pretty and simple.’ I didn’t go out and reinvent myself. I am a very firm believer if something is of good quality and made well, it is timeless.” 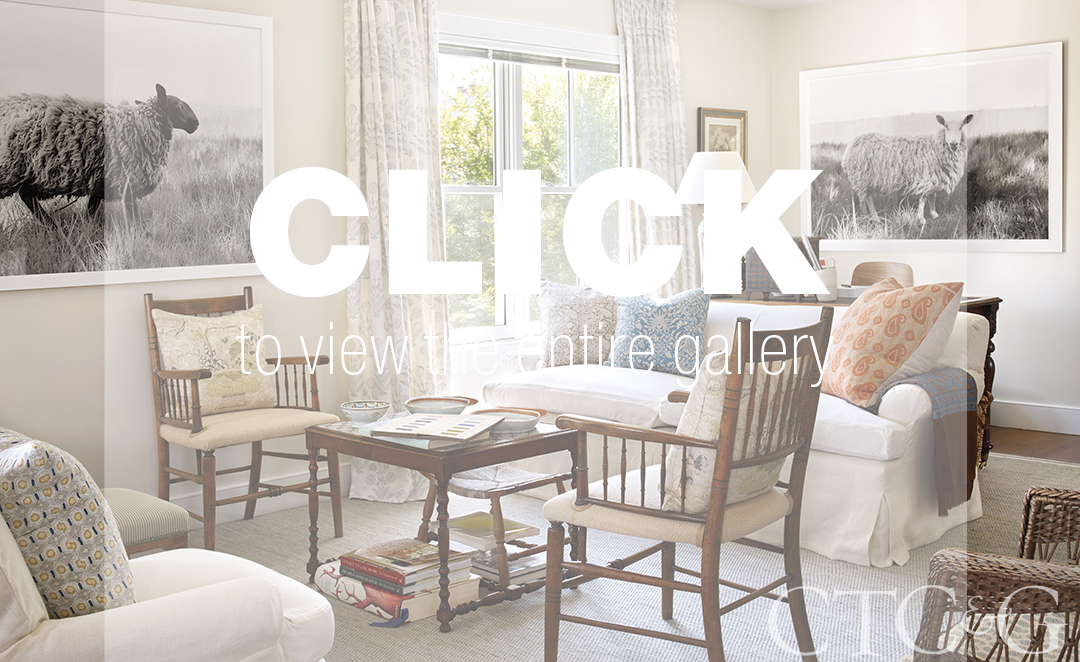 In the living room, Eakins layered a Pebbleweave rug from her new collection, Elizabeth’s Cloth, with a pair of early 19th-century English chairs covered in an Eakins fabric and a sofa in a heavy cream linen by Anthony Lawrence-Belfair. A mid 19th-century English table with delft tile serves as a coffee table, and a 19th-century Scottish writing desk sits behind the sofa. A beloved 18th-century Jacobean indigo and vegetable-dyed needlepoint and petit point folding screen stands behind an antique chair. Like her own creations, every single piece inside the apartment is unique and has its own story. “The furniture and objects that I own are from travel,” says Eakins. “I would find pieces that I loved and bring them back from various countries, found at flea markets or antiques dealers.”

Another rug from her Elizabeth’s Cloth collection, this time in a silvery gray, covers the bedroom floor. Curtain panels are out of one her block prints, and the headboard is upholstered in yet another one of Eakins fabrics, this one a heavy white damask. “I love that the prints are young and fresh and easy. You can coordinate without making ‘coordinates,’” says Eakins. A bookcase, chair and bedside tables are pulled from her collection of bamboo furniture—a collection that filled two rooms of her previous house. “I packed up a house of 30 years; it was emotional. You have to be clear on what you love the most because that is going with you. I wandered around the house a lot, and it became consistent on what I wanted to keep,” says Eakins. The end result is a collected simplicity that manages to be both classic and a touch of high-end beatnik—pretty, but not too precious or stuffy.

“If you take the things you really love, it will only bring joy,” she notes. “There is a luxury in living smaller, because the more stuff you have, the more work you have. I have become a real creature of routine here. I sit in a specific chair and can see the full vista of the apartment. It’s a simple thing.”

A version of this article appeared in the November 2018 issue of CTC&G (Connecticut Cottages & Gardens) with the headline: My Favorite Things.